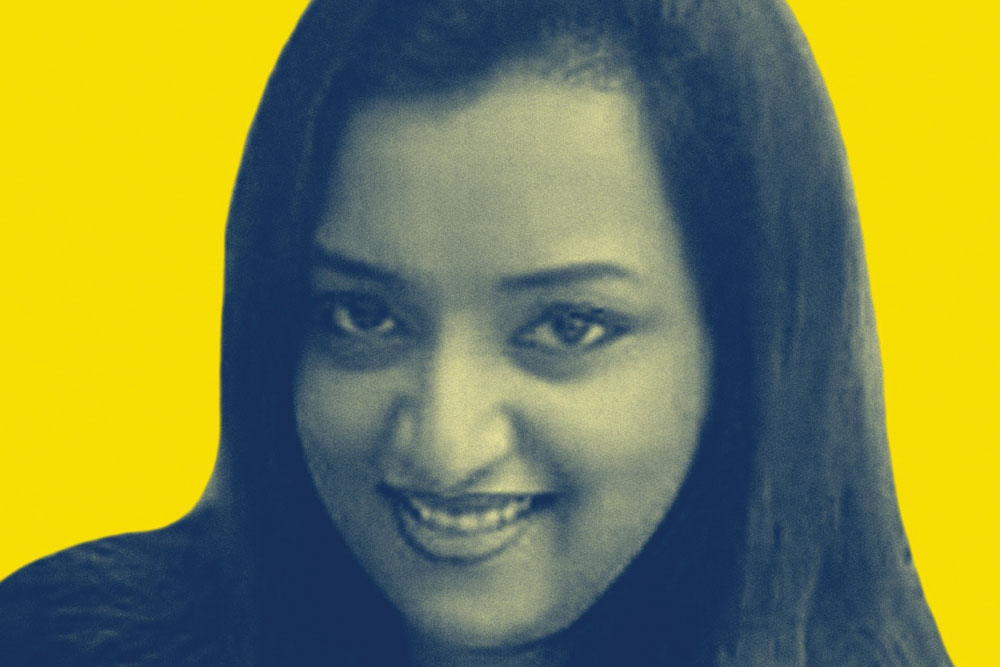 
KERALA’S LATEST GOLDEN girl, Swapna Suresh, seems suddenly to have lost her shine. Rising out of the dark and treacherous underbelly beneath the social and legal safety of law-abiding, middle-class society, she had risen to dizzying heights of power, influence and pelf in ‘God’s own country’.

Frequently seen, even filmed and photographed, in the company of high-profile politicians and bureaucrats including communist Chief Minister Pinarayi Vijayan and his IT secretary, M Sivasankar, she seemed an important player in a murky and uncertain domain where crime syndicates, smuggling networks, terrorist organisations, local politicians and molls on the make illicitly converge.

To insulate himself from the brewing political storm, Vijayan wrote to Prime Minister Narendra Modi on July 8th, requesting a probe: ‘Every link of this crime should be unravelled. … The case has serious implications as this undermines the economy of the Nation.’ The opposition, far from being mollified, mounted a demonstration against Vijayan, demanding his resignation. Water cannons had to be used in Kozhikode on July 10th to disperse protestors.

The sequence of dramatic discoveries and sensational seizures began when P Sarith Kumar, professing to be a United Arab Emirates (UAE) consular Public Relations Officer, sauntered into the Thiruvananthapuram international airport to collect some diplomatic cargo. Little did he know that he would be arrested two days later. The suspicious carton that he came to collect was opened in the presence of the UAE consulate official to reveal, among other knickknacks and inconsequential items, hollow pipes filled with 24-carat gold. 30 kg of the precious metal worth Rs 15 crore!

The National Investigation Authority (NIA) swung into action on July 10th. This was quite unusual considering that it normally only takes up terrorism cases. In addition to Kumar, it named Swapna Suresh, Sandip Nair, Fazil Fareed and, later, KT Ramees. Suresh’s dream run had turned into a nightmare. An absconder since the gold-smuggling scandal hit the national headlines, she was apprehended at a Bengaluru hotel on July 18th along with her alleged partner in crime, Sandip Nair. Suresh, too, like Kumar, had been associated with the UAE consulate. It was discovered that her degrees were fake and antecedents dubious, with suspicious stints in the UAE. Like the proverbial vishkanya (poison maiden) of yore, she became a political untouchable overnight. No one wanted, even remotely, to be associated with her.

Suresh fell for the allure of gold which, for India, is nothing new. It is believed that we have the world’s largest horde. Over 25,000 tonnes of gold, mostly in private hands and households (‘In Gold We Trust: India’s Household Gold Reserves Valued at over 40% of GDP’, May 20th, 2019, Financial Express). That is more than all the gold in Fort Knox, US, central banks in Europe and China combined. Thiruvananthapuram’s Sree Padmanabhaswamy Temple alone has an estimated incredible $1 trillion or Rs 75 lakh crore worth of diamonds, gold, precious jewels, crowns, coins, besides golden pots and pans,in its vaults (‘A One Trillion Dollar Hidden Treasure Chamber Is Discovered at India’s Sree Padmanabhaswamy Temple’, November 15th, 2015, Forbes.com).

Of this staggering sum, the Supreme Court in 2011 itself acknowledged that $22 billion or Rs 65,000 crore had already been found and inventoried in the temple’s underground vaults A to F, excluding B (‘The Wealthiest Structure on Earth Is an Indian Temple!’, June 25th, 2019, Medium.com). The yet-to-be-opened vault B is the largest; many expect the treasure trove in it to exceed what has already been recorded. If we look at the historical and cultural value of the artefacts, they would be priceless for their rarity or beauty, especially with some dating as far back as 200 BCE.

Thankfully, the Supreme Court recently ruled that this immense treasure will remain the property of the deity and temple, managed by a private trust headed by the members of the former royal family of Travancore. The communist-led state government had wanted to take over both the temple and its vast fortune. More alarmingly, they had won in the high court.

India’s age-old love of gold was well-known to the ancients. Gaius Plinius Secundus, better known as Pliny the Elder, complained in 77 CE that India was ‘the sink-hole of the world’s gold!’ Pliny, an author-philosopher, naval commander and friend of Emperor Vespasian, certainly knew what he was talking about. All the world’s gold ended up in India. In exchange for the finest luxury products from India, including textiles, handicrafts and spices, Indian traders brought back Roman gold, which itself was plundered from other parts of the civilised world.

No wonder Mahmud of Ghazni, son of Sabuktagin, sacked India 17 times between 1000-1025 CE. Attacking temples, such as Somnath in 1025 CE, yielded relatively easy pickings. Several temples, therefore, resemble fortresses to this day and are in remote or hard to access places. Throughout history, India has been invaded and attacked for its enormous wealth in gold.

Even today, an estimated third of all the gold in the world moves across Indian borders. Where these are relatively porous, as with Bangladesh, Bhutan, Myanmar and especially Nepal, the task of catching the culprits is harder. Last year, India imported about 900 tonnes of gold (‘Gold Imports Up 35.5% in First Quarter’, August 13th, 2019, The Economic Times). Not all of it is consumed locally, though. Some is turned into ornaments and re-exported.

Given this excessive and insatiable demand for gold in India, higher domestic prices, not to mention Customs duties (12.5 per cent) and taxes (between 3 per cent and 8 per cent), smuggling has become lucrative again. Gold prices have hit an all-time high, crossing Rs 50,000 per 10 g, making illegal import even more compelling. Estimates vary, but every kg of trafficked gold can fetch a ‘profit’ of as high as Rs 6 lakh.


Make India one of the world’s best and most competitive open markets for gold. When the prices in India are the same as abroad, smuggling will become a thing of the past

The Kerala scam has uncovered the nexus between politicians, government officials, foreign consulates and a whole host of other shady conduits and characters. The NIA stepped in because it also suspected Middle-Eastern terrorist links to the racket. This is supported by the fact that 75 per cent of the smuggled gold entering the country comes from the UAE, although its original source is Africa. However, according to the World Gold Council, only 2 per cent of such ‘blood gold’ is actually caught.

Drive through any major city or town in Kerala. You will find the grandest, largest and most lavish jewellery showrooms. Some of the biggest names in the business are from this state. What is more, gold is cheaper in Kerala than anywhere else in India.

Obviously, some of the smuggled gold must make it into the showrooms as legal merchandise. This, and other illegal activities again linked to the Middle East, account partly for the enormous and extravagant homes that dot the countryside. Indeed, that is what connects Kashmir and Kerala, the two extremities of India—heaps of dirty money, as well as jihadi terror links.

On June 6th, 1990, during our early phase of liberalisation, the Government repealed the draconian Gold Control Act of 1968. That immediately put paid to the notorious gold smuggling era. But it looks as if we are returning to the bad old days. What is the way out?

Make India one of the world’s best and most competitive open markets for gold. When the prices in Mumbai or Kochi are the same as New York, London, Zurich or Singapore, smuggling will become a thing of the past. What about the duty that the Government will lose? We can always find myriad ways of making up for the losses by monetisation and leveraging our gold.

You don’t have to be a dyed-in-the-wool or diehard economic freemarketeer to understand that restricting and controlling a commodity so much in demand will only encourage crime, terrorism, hawala transactions and destabilisation of our economy. The fallout can be incalculable. Add the huge costs in Customs, border patrolling, investigation, law-enforcement and judicial process. The true picture will quickly emerge.

Liberalising and rationalising gold trading in India will also save future Swapna Sureshs-in-making from going astray. Or realising the hard way that all that glitters is not gold.