Gandhi is Only for Foreigners 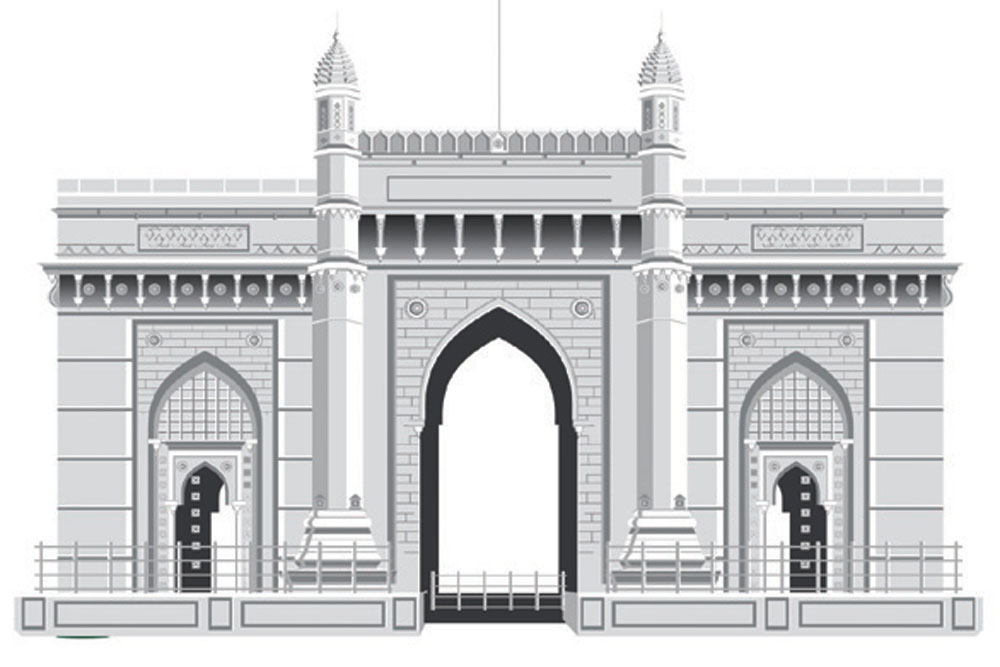 GANDHI JAYANTI SHOULD be a sombre event, but not for Mumbai’s Laughter Club. Its members assembled in a park and, in keeping with Gandhiji’s dictum of walking at least 2,000 steps a day, went for a stroll. They also did their ‘lassi laughter’, whatever that means, after ‘enjoying a nice glass of lassi’. The finale was based on the Mahatma’s belief that we are all capable of change. So the members pointed their fingers at themselves and laughed to suggest that change begins with ourselves. Elsewhere in Mumbai the emphasis was on
‘Swacchata Abhiyaan’, so Chief Minister Devendra Fadnavis took aim at a bit of paper carefully positioned for his broom and swept it away most efficiently. Then he gave a speech.

Gandhi had a strong connection with Bombay. He stayed often in Birla House, but as it is a private residence, the public has no access. The one place you can go to is Mani Bhavan on the picturesquely named Laburnum Road. This is a house where the Mahatma often stayed, now turned into a museum. In keeping with his lack of personal possessions, Mani Bhavan isn’t extensively stocked with memorabilia but does convey the simplicity of the great man’s life. There’s a good library though: when I wrote my book on the Dandi March, this provided a huge amount of material.

Within its walking distance is August Kranti Maidan where he gave his ‘Quit India’ speech in August 1942. It now looks like just any municipal park, with nothing to mark its significance. It’s clear from this, as is clear from the attendance at Mani Bhavan, that Gandhi is now only for foreigners. For us, he’s just a figure in our history books.

WHAT WOULD YOU say if Mukesh Ambani, India’s richest man, announced he faced a financial crisis and instructed his group to cut expenses? Well, something like this happened earlier this month when Mumbai’s Municipal Commissioner suddenly announced the BMC was facing a cash crunch and asked his officials if they could curb expenses. Now, the BMC is India’s richest municipal body, with an annual budget bigger than some states’. For 2019-2020, it was Rs 30,692 crore. In addition,
Rs 3,323 crore is allocated separately for the new Development Plan.

Was Praveen Pardeshi talking through his hat? Perhaps he was referring to the startling fact that of that very large budget, Rs 11,946 crore is spent on ‘establishment’. That’s 38 per cent of the outlay. In fact, when the seventh Pay Commission award was announced, the BMC was suddenly saddled with a bill of Rs 3,000 crore in salaries and pensions. Clearly, it is overstaffed; that generally spells sloth and inefficiency. Is this a prelude to a reduction in employees? More work outsourced? Whatever the answer, let’s hope it spells a departure from the BMC’s unstated motto: ‘More is less’.

NOW HERE’S THE twist. If Pardeshi’s aim is to make the BMC lean and mean, everyone will applaud. But the ‘financial crisis’ statement doesn’t wash when you know it has Rs 66,958 crore in fixed deposits! The amount has been kept for 15 months and earns 7 per cent interest. Of this, Rs 52, 635 crore is for infrastructure projects. But, repeat, it’s tucked safely away in fixed deposits.

Now juxtapose that with some related facts. This year’s monsoon killed many: 138 people died in June and July alone because of walls collapsing, tree branches falling and other accidents. Since then, there have been very many cases of deaths when people were thrown off two-wheelers as they hit the city’s innumerable potholes.

How can you keep fixed deposits and watch them grow at 7 per cent when people are dying in the streets because you won’t spend on improving infrastructure? Mumbai’s potholes stopped being a joke long time ago: it’s not funny when you read a young woman with a toddler was thrown off their scooter and crushed under a truck. Which civilised society would shrug its shoulders when faced with daily deaths caused by civic negligence?

That’s not all: the BMC has failed to acquire prime plots earmarked for public use. A few months ago, there was news of land reserved for civic amenities near the Bandra-Kurla Complex (BKC) in its Development Plan of 1991. It hasn’t been acquired for 20 years and has (surprise, surprise) been encroached upon. Its proximity to BKC makes it valuable. Is that why corporators are stalling its sale so it can be dereserved for private buyers?

Apparently, there are 30 more plots near BKC which have been reserved but not acquired!

‘Civic amenities’ usually denote playgrounds and gardens, hospitals and schools. These are, of course, no one’s priority. Incidentally, the 30 plots are estimated to be worth Rs 1,000-1,200 crore. The ‘20 years’ has special significance here: if a plot is not acquired within 20 years of being reserved, the owner can reclaim it. It’s a magic number everyone hopes will turn up.

Everyone except us, the public, for whom it was earmarked in development plans. But we don’t really figure in these equations, do we?