Caste, census and an unequal India 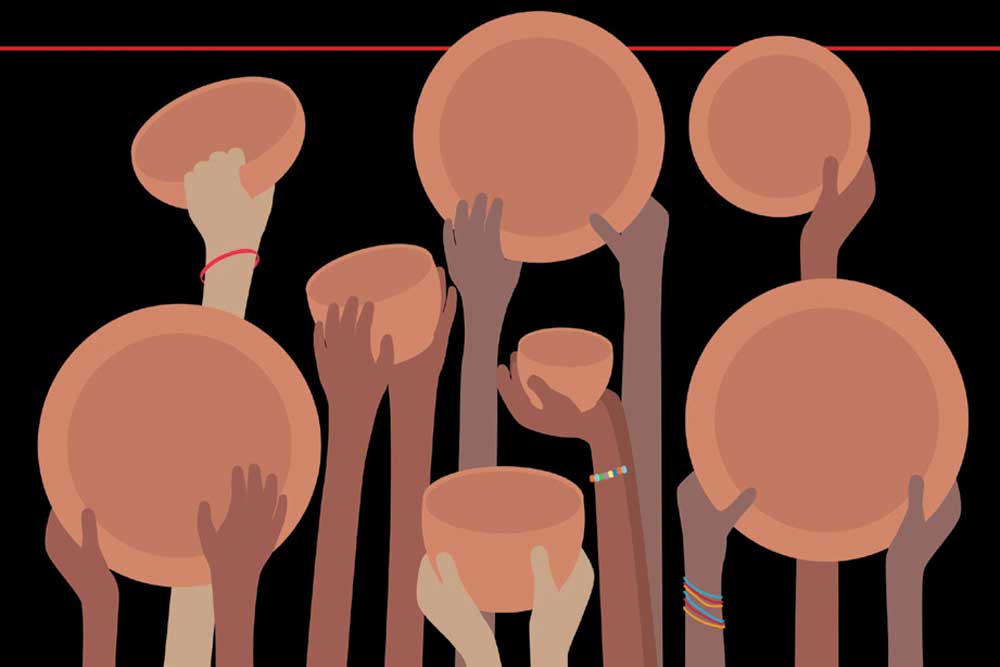 IN MY LAST column, I mentioned ‘merit’ and ‘non- merit’ subsidies. Merit subsidies are defined as subsidies that benefit everyone. Elementary education and primary health are good examples. Non-merit ones are those meant for specific groups. Fertiliser subsidies are an example of this. That’s the way these terms are defined in subsidy computations, and such calculations show most subsidies in India are non-merit, not merit. Stated differently, merit subsides are deserved subsidies, while non-merit subsidies are not. If you like, non-merit subsidies are reserved subsidies, and unfortunately, most subsidies in India are reserved, not deserved. Who deserves to be subsidised? India, with a per capita income of less than $2,000, is a relatively poor country. But this cannot be used to argue that everyone in India should be subsidised. Subsidies must be targeted at those who are poorer than others. That is how the notion of a poverty line evolved. A poverty line indicates a minimum level of income required for subsistence. Anyone below that line is BPL (below the poverty line), and should be subsidised. That’s the idea. In international comparisons, for a long time, a poverty line of $1 per person per day was used. This was revised to $1.25, and has recently been again revised to $1.90. One must be careful not to multiply these by 69, the dollar’s exchange rate, to get a comparable rupee figure. These are Purchasing Power Parity (PPP) numbers. If we want rupee figures, the PPP exchange rate will be something like Rs 17 to a dollar, not Rs 69. If I convert, say, $2 per day to an annual figure, I will get $730.

As economies develop, notions of poverty also change and evolve. The US has a graded poverty line, depending on the number of individuals in a household. If there is one person in the household, the poverty line now is $12,140 annually. Even if I use PPP exchange rates, that amount of income in India will be considerably above our notions of poverty. There is a lot of literature criticising income as the sole measure of poverty. Poverty is multi-dimensional. How can one capture poverty only through income? What about access to education and health and other forms of deprivation? This is an entirely valid critique, but the problem is that for such kinds of deprivation, data sets are often non- existent. To complicate matters, in India, little reliable data exists on income. The country uses household surveys. The most respectable such survey, done by NSSO (National Sample Survey Organization), collects data on consumption expenditure. Unfortunately, the last such reliable survey was in 2011-12 (there is a fresh one that is going on now). On the basis of NSSO surveys, historically, the Planning Commission computed data on the percentage of people below the poverty line. As is obvious, this requires the definition of a poverty line. India has a long tradition of defining poverty lines, going back to the 1950s, much before the World Bank got into the business.

We needn’t get into definitions of poverty lines. In 2011- 12, the Planning Commission used a methodology named after Professor Suresh Tendulkar. At that time, the poverty line was Rs 816 per capita per month for rural India and Rs 1,000 for urban India. If you think this is too low, remember this is meant to be a minimum level of consumption expenditure required for subsistence. Poverty lines are calculated separately for rural and urban India, and for individual states. Let’s focus on the overall poverty number. With the same unchanged poverty line, in 1993-94, 45.3 per cent of India’s population was below the poverty line. This declined to 37.2 per cent in 2004-05 and 21.9 per cent in 2011-12. Between 2004-05 and 2011-12, the annual average percentage decline in poverty ratios was nearly 2.2 per cent. There is a minor statistical point. Income and expenditure distributions are typically what statisticians refer to as ‘log normal’. They aren’t symmetric. They are thick towards the left, with a long tail towards the right. Therefore, when that thick part of the distribution passes above the poverty line, the decline in poverty is more than proportional. There is a sharp drop. That is indeed what is going to happen when the NSSO comes out with its new survey results in late 2018, or early 2019. With the same poverty line, the BPL figure may very well decline to something like 7-8 per cent.

However, let us return to two substantive points. First, poverty and deprivation are individual household characteristics. We should not equate it to collective categories like ethnicity, class, caste, religion or gender. If we do so, we run the danger of making a double mistake. We may include people as BPL simply because they belong to a collective category, even though they aren’t actually poor. That is, in a slightly different sense from the way the expression was used earlier, these too become non-merit subsidies. Alternatively, we may exclude people who are BPL simply because they don’t belong to the collective category. Earlier, studies showed that the Public Distribution System (PDS) had leakages. BPL ration cards were issued to those who weren’t BPL. Indeed, PDS had leakages, but one must be careful before jumping to conclusions. It may very well be the case that some poor people weren’t included in BPL lists. Hence, this wasn’t quite a leakage. Second, the NSSO data is based on a survey, not a census. A survey enables us to gauge trends over time as well as in comparison across states. It doesn’t enable us to identify which individual or household is actually poor. That can only be done through a decentralised census. This is precisely what the SECC (Socio Economic Caste Census) is, carried out in 2011. It is a bit unfortunate that caste got clubbed into it and has caused needless controversies. There is no issue with Scheduled Castes (SCs) as a classification. Thanks to the Schedule, everyone knows what ‘SC’ means throughout the country. This is not true of other castes, which makes it impossible to match data sets.

It is also a bit unfortunate that the SECC adopted different questionnaires for urban and rural India. Without a fresh census, matching the two perfectly is also an impossible task. For rural India, we have a set of seven deprivation indicators— D1: households with one or less room, kuccha walls and kuccha roof; D2: no adult member between 18 and 59 in the household; D3: female-headed household with no adult member between the ages of 16 and 59; D4: households with differently-abled member, with no other able-bodied member; D5: SC/ST households; D6: households with no literate adult above the age of 25 years; and D7: landless households deriving a major part of the income from manual labour. Note that with the exception of D5, the others are all individual household characteristics. Hence, we have three big reform ideas. First, a switch from collective categories to individual household-level deprivation identification. Second, decentralised Census-based household identification. Third, a switch from income/consumption to other indicators of deprivation. Because of the third point, there is no single measure of poverty and different government programmes can use different deprivation indicators. I will gloss over the deprivation indicators used for the urban SECC because of the matching problems between rural and urban. In case you haven’t realised this, before the SECC lists were finalised, a draft list was put up in the public domain. That gave others an opportunity to object. You should check out the website to see how transparent the information is.

With the SECC, bank accounts and Aadhaar numbers, Direct Benefit Transfers (DBT) also become possible. But let me flag some issues. First, the SECC is old (2011). It needs to be updated, and in the process, rural data will no doubt be harmonised with urban. There were individuals who were left out during SECC 2011. Second, Aadhaar is individual-based, while the SECC is household- based. This makes matching of Aadhaar and SECC difficult. But it needs to be done. Third, people indiscriminately talk about a Universal Basic Income (UBI). What does it mean? Is all public expenditure going to be converted into a universal basic income that is transferred to individual bank accounts? The Government also builds rural roads, a collective private good, not an individual one. Will we now ask individuals to build their own roads? If such collective private goods are excluded from the ambit of UBI and we only include individual private goods, a UBI is nothing but a DBT. In that case, why muddy waters by bringing in expressions like ‘UBI’? Far more important is thinking about means of updating the SECC without waiting for another census. With new forms of technology and tools, there must be a better way of updating it, perhaps even in real time.