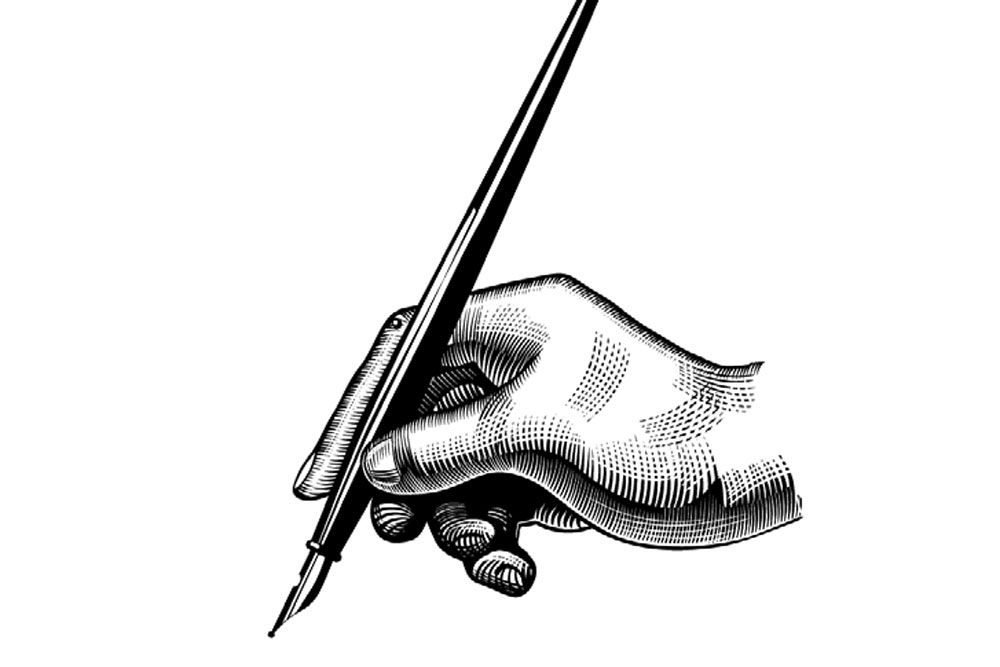 MANY OF US began the 21-day lockdown last month with noble intentions of actually doing something purposeful. I recall once telling someone that War and Peace is a book that I would get to read either in solitary confinement or something similar.

I guess no one ever factored in the enforced home confinement that would follow the assault of the coronavirus on humanity. In the event, some of us ended up accomplishing their personal equivalent of reading Tolstoy’s masterpiece while others got
derailed somewhere along the way. My own suspicion is that most people will emerge from the lockdown both energised—a consequence of enforced leisure—and shaken.

Speaking for myself, I am overwhelmed by a sense of tentativeness. In earlier times, my day job involved interacting with people and making sense of what was happening both in India and overseas. The task involved identifying trends, reflecting on those and—on the strength of my understanding of history and society—anticipating future developments. It is not that analysts like me got it right all the time. Dialling a wrong number on the strength of some hardened prejudice or an unfamiliar variable was always an occupational hazard. However, one thing I was never short of—even while being completely wrong—was a profound sense of certitude. Like the infamous ‘party line’ of the communists, each one of us blundered from correctness to correctness without a hint of embarrassment.

The past few weeks has very successfully demolished these certitudes. I think each one of us, except the most pig-headed in the community, know that it is not ever going to be the same. It was a British Foreign Secretary, Sir Edward Grey, who looked out into the street one August evening in 1914 to witness the lights going out all over Europe and which would never come back on in his lifetime. He expressed the uncertainty and the demise of the old order very evocatively. But even the wisest of thinkers and statesmen of that time couldn’t anticipate what world would emerge after the devastation of the Great War. The world that did emerge was unanticipated, creative and turbulent. It required another World War and spectacular inhumanity before the post-War stability was felt throughout the world.

I don’t know whether the coronavirus pandemic is going to be another decisive turning point in the history of mankind or will be the proverbial turning point when history refused to turn. All the hopes of mankind seem focussed on the creation of a vaccine, the wonder drug that will end the present bout of uncertainty. The optimists believe that the scientists working frenetically on a medical solution that will involve the least social upheaval will arrive sometime by end-2020 or early-2021. Others aren’t so optimistic. Whatever the reality, the point to note is that the rest of 2020 will be spent in adjusting to an evolving new normal.

The past few weeks has seen different governments and tribes of pundits grappling for answers. There is the total lockdown model that leaves unanswered the big question: for how long? There is the Swedish model—or even its variant, the Rajabazar model witnessed in Kolkata—that believes the best way to fight the virus is by going about life as usual. That is a great thought but premised on the belief that the over-60s—being the most vulnerable—are dispensable. This basically means that our notion of longevity will have to be redrawn and we will be back to the pre-antibiotics age when it was unusual to encounter old people, except in the remote wilderness.

Frankly, no one has the monopoly of the truth and, more important, the world hasn’t entered the stage where people can take any informed decision. For example, when the 21-day lockdown began, there was a genuine belief that the common good demanded a short-term sacrifice. We believed that the curve would be flattened, giving the world some breathing time before the wonder vaccine rescued us from extinction. Now we are no longer sure, not least because some people became lethal human carriers and subverted the best laid plans.

This is bound to happen more and more, to the point where impatience and exasperation with the uncertainty turn to anger. I am too old to feel very angry any longer. Plus, I have had a good life. But what about the 20 and 30-somethings? Will they settle for a life infuriatingly full of restrictions?

The answer is clear: I don’t know. Neither, for that matter, does anyone else.