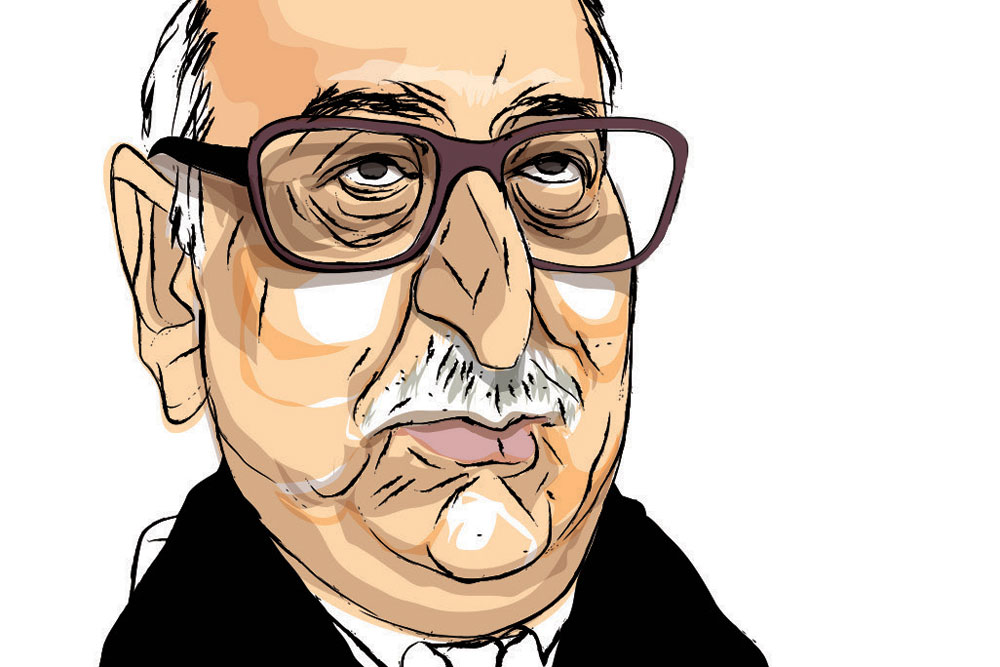 
Statements of appreciation can sometimes be fraught with political danger. Pakistan’s former High Commissioner to India Abdul Basit recently wrote an opinion piece in a newspaper lauding West Bengal Chief Minister and Trinamool Congress (TMC) leader Mamata Banerjee for her political acumen. He said she is the only opposition politician putting up a fight against the Bharatiya Janata Party (BJP), which is now using this issue in the West Bengal election campaign to portray her as ‘anti-national’. TMC sources say that Basit had met Banerjee when he was posted in India many years ago and there is no basis for targeting her.

West Bengal Governor Jagdeep Dhankhar, who has been perceptively vocal against the TMC government and Mamata Banerjee, has suddenly gone silent and people are wondering why. It is said that Narendra Modi himself, through Home Minister Amit Shah, sent a message to Dhankhar not to speak so much now that election campaigning is at full steam. TMC could complain to the Election Commission (EC) or the judiciary and that wouldn’t be good for BJP. But we may hear Dhankhar loud and clear again after the polls. 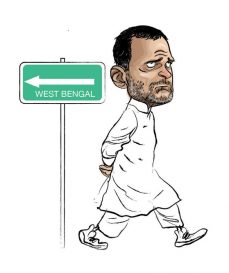 Rahul Gandhi has not gone to West Bengal yet for the election campaign even as he has visited Kerala, Tamil Nadu and Assam, the other major states going to the polls. The first phase of voting is on March 27th and Prime Minister Narendra Modi has already held three big rallies in the state. Rahul staying away might have something to do with Sonia Gandhi deciding that the 2024 General Election is more important for the party than their Bengal performance, and they would need TMC then. Apparently, there is no point pursuing meagre gains.

There could soon be a reshuffle of governors. After the death of Madhya Pradesh Governor Lalji Tandon, Anandiben Patel, who is the Uttar Pradesh governor, got additional charge of that state. In Jharkhand, Draupadi Murmu’s tenure is already over. Kiran Bedi has been removed from Puducherry and the Telangana governor has got the additional charge. After the Assembly elections, a number of new governors could be nominated.

G23 is the name for the group of Congress senior leaders who wrote a letter to Sonia Gandhi asking for reform in the party. It didn’t go down well with the Gandhis, who are now adopting a divide and rule policy against them. Some of the dissidents have been rewarded to keep them close. Like Manish Tewari, who has been made a ‘star campaigner’ for West Bengal and Prithviraj Chavan, who has been appointed chairman of the screening committee for the Assam election. Meanwhile, Ghulam Nabi Azad and Kapil Sibal, two other signatories to the letter, are out in the wilderness and their anger is now seemingly directed against fellow G23 members instead of the Gandhis.

Usually, campaigning stops 36 hours before voting begins but, in Assam, the EC has changed it to 72 hours. The EC is said to have got information from intelligence agencies that a major security incident could take place towards the end of campaigning and that was the reason for its decision. All Assam Students’ Union has floated a new party called Assam Jatiya Parishad that wanted to organise a roadshow on the last day of campaigning, but were barred from doing so because
of the 72-hour moratorium.

K Chandrashekar Rao, chief minister of Telangana, is secure with the overwhelming majority that his party Telangana Rashtra Samithi has in the Assembly. But there is also the question of who will be chief minister after him, should he ever decide to hand over the reins. Not that he is old. Rao is only 67, which makes it a mystery, since there seems to be a lot of succession rumours related to him. The main candidate would be his son KT Rama Rao, who is a minister in the cabinet. His birthday falls on July 24th, and some say his father might announce the chief ministership as a gift to him on the day!

The BJP central leadership is getting increasingly worried about the party’s prospects in Haryana, which they rule for now. The farmers’ agitation was centred in the state, which could have alienated a lot of them. The powerful Jat community, too, is hostile to BJP because Chief Minister Manohar Lal Khattar is not a Jat. Khattar is wooing Congress leader and former Chief Minister Bhupinder Singh Hooda, who is said to be unhappy with Rahul Gandhi’s style of functioning. The BJP top brass could step in after the state elections and send some party veterans to Haryana to manage
the situation.

Kamal Nath might be Congress president in Madhya Pradesh but he may be playing a larger role for the party. He is a good friend of Nationalist Congress Party leader Sharad Pawar, whom he recently met in Mumbai. This was in the wake of the Mumbai police commissioner accusing the state home minister of corruption, putting the Maharashtra government in crisis. Kamal Nath perhaps went there, some say, because he is now playing the role of the late Ahmed Patel as political advisor to Sonia Gandhi.