Predatory journalism is overrated but Modi must engage with critics 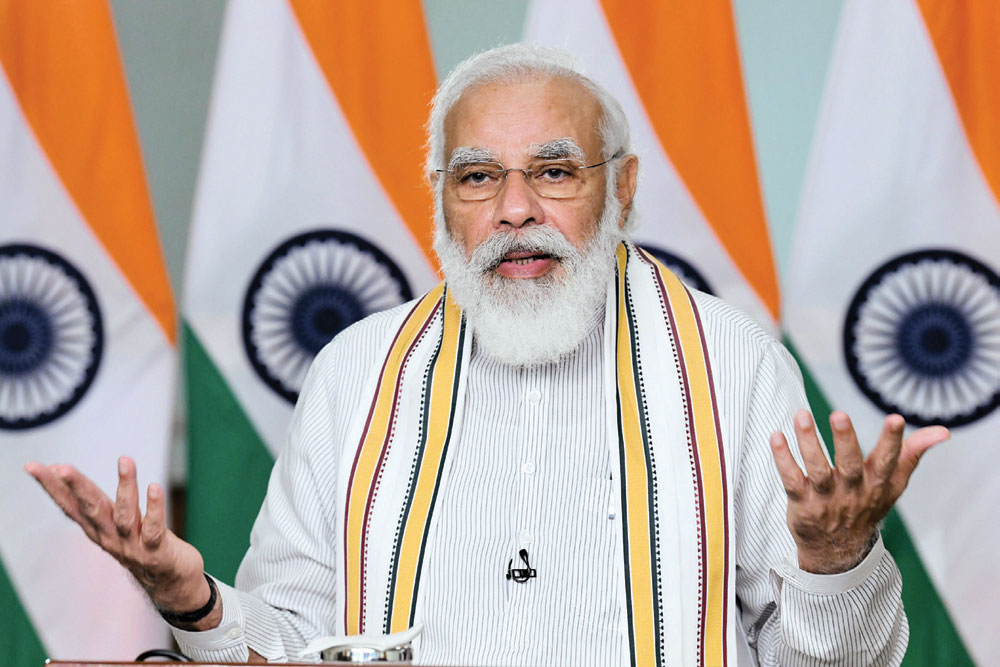 WHEN I LAUNCHED my first media startup, Sterling Newspapers Private Limited, after four years at The Times of India and India Today, journalism was a very different animal. Even then there were predators: but vulture journalism had yet to evolve into a full sub-set of the profession.

We were blessed to have some of the best talent in journalism. There was Maneck Davar (now head of publishing powerhouse Spenta Multimedia), David Davidar (now of the imprint Aleph Books) and countless others who wrote and edited with panache and without fear.

Our contributing editors Shashi Tharoor (on foreign affairs), the legendary K Subrahmanyam, father of the current Indian external affairs minister (on defence), and LK Advani (on politics) served only one interest: the national.

After the Indian Express group acquired our first media startup, we launched, after a hiatus, our second. But in the intervening years, journalism had changed character. Commerce had intruded.

No one was spared. We certainly weren’t. Private equity investors came on board in our second startup and we spent as much time on internal audit reports as on writing and editing.

By the 2010s, a new breed of journalists had arrived. Some were outstanding. Many, especially in the newly thriving television news business, were not. The seeds of vulture journalism were sown. The Radia tapes, first exposed by this magazine, showed how politics and journalism had intermingled.

The former chief minister of Maharashtra, AR Antulay, had once thrown me out of the chief minister’s office for asking him questions on corruption relating to the Indira Gandhi Pratibha Pratishthan Trust. It was an early learning for a journalist in his twenties. We interviewed Khalistani terrorists and were promptly booked for sedition by the Union home ministry under Section 124A. The case lingered for years before I was acquitted in 2012 by a Delhi judge.

So when did vulture journalism become mainstream? In the go-go days of UPA 1 and UPA 2, ministers began to cultivate a favoured group of pliable journalists. They got Padma awards, free flats and foreign junkets. The first and fourth estates fused.

During this febrile UPA decade, I routinely interviewed Cabinet ministers such as P Chidambaram and Kamal Nath in Delhi and chief ministers like the late Mufti Mohammad Sayeed in Srinagar. The atmosphere was convivial. Stenography-as-journalism had been established in the Radia tapes in 2009-2010. But now a deeper malaise emerged: fake news.

A front-page report in a leading newspaper spread across eight columns in the dying days of UPA 2 claimed an imminent military coup based on innocuous, routine troop movements. The era of fabrication-as-journalism had begun.

After 2014, it became worse. The disenfranchised ecosystem used every trick to bring down the new establishment: award wapsi, love jihad, Shaheen Bagh, farmers, and now the big one, Covid-19.

The Left, as I have written here before, is ruthless and united. The Right is timorous and divided. The velocity with which the Left ecosystem (which includes almost the entire opposition and Islamist groups) launches assault after assault on the current establishment leaves the Government tongue-tied and inert. The Left has eager allies in the Indian and foreign media who amplify the assaults.

The Narendra Modi Government has only itself to blame for its predicament. Its briefings are infrequent and unimpressive. It has little control over the narrative. Many of its policy decisions over the past seven years have been poor—inept Cabinet appointees, overarching regulatory mechanisms, taxation complexities, Covid-19 management. But above all, it has walked into the trap laid by the gnarled old ecosystem and fraudulent headline writers.

The Modi Government has three short years to change the way it operates. The trap set for it will snap shut much before its second term expires. The Government must delegate more and decentralise decision-making. The deification of Prime Minister Narendra Modi must stop. Competent ministers like Piyush Goyal and Nitin Gadkari should be given larger roles. A two-man Modi-Shah Government is unviable.

The predatory breed of vulture journalists is vastly overrated. There is no better way to deal with critics than to engage vigorously with them. It can actually be empowering for both the Government and Indian democracy.