Why Dare to Challenge Dynasty and Then Settle for a Cup of Coffee? 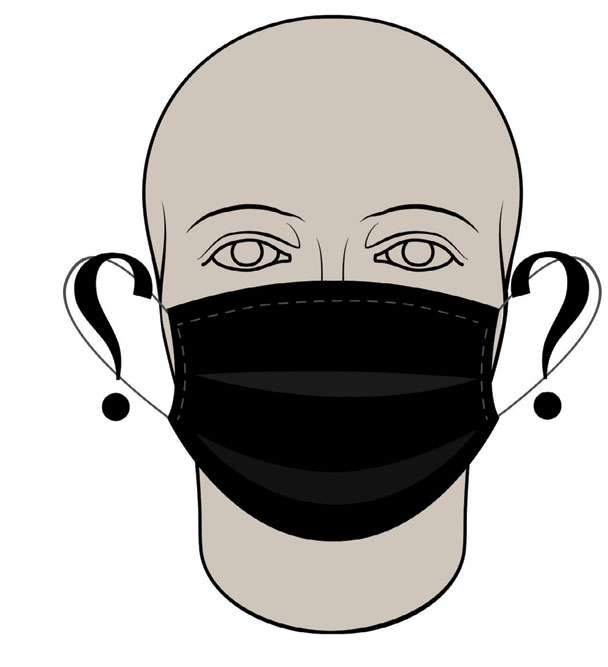 PRIME MINISTER Narendra Modi was feeding a peacock from a plate in his hand in the quiet of an early Monday morning when the decibel levels of political Delhi suddenly jumped to screech, raised by an insurrection in the Congress. Sometimes, juxtaposition becomes a metaphor. Photographs
of this coincidence captured the different states of mind.

The 23 senior Congress leaders who wrote a letter to their interim party president Sonia Gandhi had much to be disturbed about; most notably, drift, indecision and the bizarre insistence of the presumptive heir, Rahul Gandhi, to keep firing at the Government with dud ammuni­tion. Their letter sought clarity rather than confrontation, revival rather than rebellion. It suited the Congress establishment to twist their alarm into heresy in order to divert atten­tion from the core message, for the message sought consequences.

Reform is required only when form has melted; and any objective as­sessment will confirm that the bones have begun to chatter in the Congress skeleton. It is perfectly straightfor­ward: the 23 signatories asked for clar­ity and decisive leadership because they were convinced that their party had become mired in confusion and staccato verbiage. Sonia Gandhi became President of the Congress after her predecessor Sitaram Kesri managed to win only 140 seats in the 1998 General Election and was shanghaied out by a simple decision of the Congress Working Committee. The Congress has got far less than half that number in two General Elec­tions, but there has been no account­ability or change in its functioning. Sonia Gandhi handed over effective leadership of these elections to Rahul Gandhi. The signatories clearly believe that if they do not act now there will be a third debacle in 2024.

In the tough business of politics, you cannot alas get change out of a laundry: a few spins, and all turns clean. It is a long and untidy process. In the meantime, both the establishment and the sceptics are left with questions.

Here are a few bystander queries for the insurrection: Why start a journey if you have not agreed upon a destination? Why, with so much experience and contribution, get sidetracked at the first roadblock? Why go into battle wearing straw rather than armour? Why dare to challenge dynasty and then settle for a cup of coffee?

Politics is a strange business. The rewards of success are never certain. The price of failure, however, is more demanding—unless, of course, you happen to be a monarch who gets all the glory for victory and transfers blame for defeat on the incompetence of generals.

I HAVE BEEN WAITING during this pervasive pandemic for some vociferous cleric to proclaim on his per­sonal television channel (they all have them, don’t they?) and tubular social media kaleidoscope that the promised day has arrived. Everyone, man and woman, is now wearing a veil.
This is not the horrid shroud, the tip-to-toe tent-with-perpendicular-cloth-helmet that was once common on the Indian subcontinent but is now fading out. Our pandemic masks are a sleek version of the old niqab, covering the face from just below the eyes to the neck, held together by those quirky handles called ears. 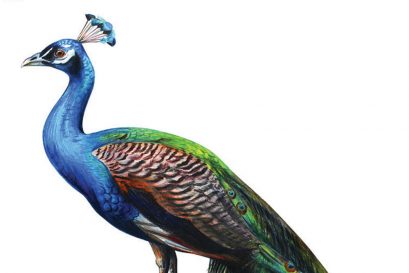 There is a good reason for every part of the human body, apart from ears. It is a fallacy to believe that they are required for hearing, for the audio mechanism begins through the hole on the side of the lower head; the ear is only a kind of mushroom umbrella. The Almighty could have dispensed with the umbrella and kept the earhole, perhaps with a discreet half-inch skin flap.

The only practical use of an ear is for jewellery, which is adornment, or for schoolchild punishment and regret depending on whether your ears get twisted or pulled. But Providence thinks ahead. That is the miracle. Without ears we could not have worn masks.

SINCE ISOLATION IS splendid breeding ground for speculation, a collateral thought. We assume that we need to see a face to recognise a person. The mask leaves only eyes and forehead visible, and there is no known problem in recognition. On the other hand, wear the mask around your eyes, as Zorro does in comic books and chaps on horseback do in cowboy movies, and it becomes far more difficult to recognise anyone. The conclusion is obvious.

Will the mask go away with the pandemic when Covid-19 is either subdued or subjugated? The problem in cities such as Delhi is Putrid-P, with the second ‘P’ for pollution. It might be a good idea to make masks obligatory, at least through winter.

Welcome to the Man in the Ironic Mask.

AS WE HAVE all discovered, this is the time to dust forgotten books or read up on subjects a little askance of the daily needs of practical existence. You never know which oys­ter you might pick up when you trawl through a sea of words in a collection or an anthology. All the oysters will not reveal pearls; but many will. Some of the best anecdotes, interestingly, are not anchored in certainty of origin, but who else could have made them up? A brilliant exchange between the Ameri­can writers F Scott Fitzgerald and Ernest Hemingway is still generally circumscribed by the phrase ‘supposed to have said’. No matter. It is still genius.

Fitzgerald: You know, the rich are different from you and me.

Hemingway: Yes. They have more money.

We need a correction in perspec­tive. The poor are different from you and me; they have less money.

Any reading of feudal or colonial history indicates one fact: the poor did not figure in the mathematics of economic policy, except as a source of revenue, which in turn kept them poor. They were born feeble, lived briefly, died quickly. They existed in a penumbra of attention, often burdened by appalling theories that justified their poverty as penance for some deep birth or pre-birth guilt.

Socialism advertised itself as the ratio­nal corrective to this elemental injus­tice. Capitalism, in contrast, offered a more freebooter path to upward mobility. And yet, after two centuries of trial, error and experience, the mar­ket economy lifted far more people out of poverty than socialism. This is illogical. Why did it happen?

Maybe the market economy worked better because it was a non-theory. Theories are rigid. They do not have the flexibility that individualism can bring to the solution of practi­cal problems. Naturally, it needed a brilliant Communist to recognise this fundamental truth of Capitalism.

In the 1980s China’s leader Deng Xiaoping overturned four decades of Maoist doctrine and delineated his country’s path forward with a succinct remark: he did not care about the co­lour of the cat as long as it caught mice.

If Deng had been American he would have been Warren Buffet’s bridge and ice-cream partner. (Deng was, and Buffet is, a gifted bridge player; and if required, the American billionaire would have taught the innovative Chinese thinker-politi­cian the virtues of ice-cream.)

Marxism and Maoism informed the oppressed that they had nothing to lose but their chains and then fettered man, machine, production and price with the steel bonds of group-instructions. China’s econo­my exploded. The political masters solved the resultant problem of a greed-dividend by diverting the overflow of wealth to a new elite, the princelings of a generation of party leaders who had suffered during the excesses of the Cultural Revolution in the 1970s.

Hannah Arendt noted that every revolution devours its children. In this case, the children devoured the revolu­tion, and then paid off their parents.

THE SILVER LINING of this pandemic is a viral distribution of beautiful nuggets from the vast storehouse of collective memory.

No one quite knows where they originate, but they gather a happy momentum. Many of these stories are from our popular cinema, one of the marvels of modern India’s social and creative genius, a multi-generational achievement of minds that integrated, at their best, the ethos of our land into narrative, poetry and music. I received one such unforgettable story on WhatsApp.

The film Teesri Kasam began life on the sets of Bimal Roy’s superhit Madhumati. His assistant director Basu Bhattacharya was one day deeply engrossed in a book. Shailen­dra, the lyricist, also on the sets, asked him what he was reading. The best story ever written, replied Bhat­tacharya: ‘Maare Gaye Gulfaam’ by the superb Hindi writer from Bihar, Phanishwar Nath Renu. Shailendra borrowed the book.

And became obsessed. He was determined to turn the story into a movie. Initially, he felt that the story should not be overshadowed by superstars, so chose Mehmood (then playing whichever role he could get, rather than that of a comedian) and Nutan as the stars. Nutan dropped out when she became pregnant. During pre-production, Raj Kapoor, the great director and actor who was the poet’s friend, walked into Shailendra’s office and asked him, “Kaviraj [Prince of Poets, an affectionate reference], how can you make your first movie with­out me?” Raj Kapoor and Waheeda Rehman became the lead pair. Basu Bhattacharya was made director; choreography was by the famous dancer Lachhu Maharaj; Shailendra and Hasrat Jaipuri wrote the songs, Shankar-Jaikishan the music.

Every part of the project was perfect, but the whole did not work. Perhaps Shailendra was too simple for a ruthless industry. Middlemen fleeced him. He consoled himself with the thought that all would be well with completion and, in his mind, inevitable commercial suc­cess. The film flopped. Shailendra was devastated; his destitute family blamed him for the financial fall. His health deteriorated, as did his interest in life itself.

Some friends tried to help. Vijay Anand, director-brother of the more famous Dev Anand, was making Jewel Thief. He wanted to commission Shailendra for the lyrics, but misery had dried up the latter’s creativity. Vijay Anand pleaded for at least one song, largely so that he could pay him a handsome amount. That was the last song Shailendra wrote.

MJ Akbar
MJ Akbar is an MP and the author of, most recently, Gandhi’s Hinduism: The Struggle Against Jinnah’s IslamWhile

An East Bengal In West Bengal