The receding tide of civic apathy 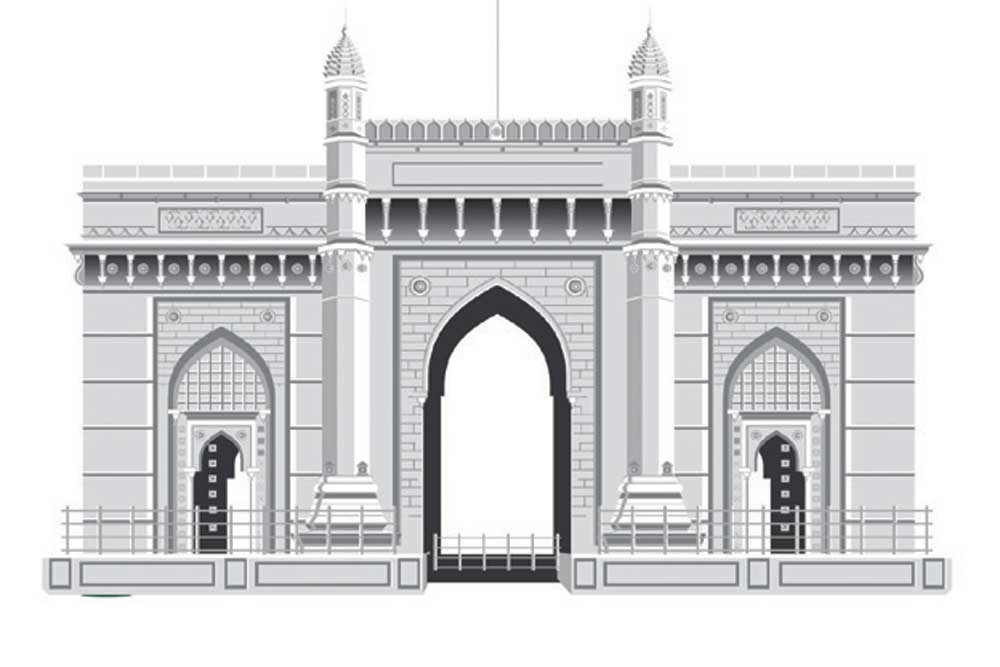 OH, TO BE in Mumbai now that the monsoon is here! Actually, you are not likely to hear too many Mumbaikars saying that because this is the season of stifling humidity, sudden downpours almost spiteful in their intensity, traffic jams so bad it’s quicker to walk, and potholes so large they are full of little cars. At the same time, the all-too-familiar threat of water-cuts, which looms over us if Mumbai lake reservoirs don’t get full, makes everyone more than willing to bear minor inconveniences like slipping into an open drain.

The last place you will want to go in the monsoon is the beach. But so small is the city of open spaces that that’s where people do go if there’s a slight break in the weather. However, to have a beach is one thing; to have a nice beach you really want to go to, is another. I remember the two really big ones—Girgaum Chowpatty and Juhu—as very large spaces diminished considerably in size by human encroachments. Both were taken over by bhel-puri stalls. In fact, there were so many of them, you couldn’t see the beach at all: there was the Arabian Sea and then a sea of stalls.

The saviour of Chowpatty took the unlikely form of Pramod Navalkar. He began a column in the Marathi daily Navshakti when he was a 20-year-old in 1955, doing it every week without a break for 52 years until he passed away. I was told that this got him into the Guinness Book of World Records for the longest- running op-ed column. Called Bhatkyaachee Bhramanti (loosely translated as ‘Man About Town’), it covered politics, social issues and cultural events. It led him into a lifelong career in politics, ending with a four-year stint as a Shiv Sena cabinet minister holding the Culture portfolio. Although beaches aren’t likely to be part of a culture minister’s job, that is where Navalkar went.

I remember him ringing me and asking if I would consider coming to Chowpatty at 7 the next morning. When I got there, he had already been around for a while with a small army of officials and workers. “This is what I want to do,” he said to me, outlining his plans. Over a cup of tea at the nearby Irani restaurant, he gave further details.

Frankly, I was sceptical. The stall-owners were well entrenched, and all of us know that in India, occupation is all. How was he going to persuade people to move to a designated corner area, even if he gave it the fancy name of Bhel Plaza? Over the months, this mild- mannered man somehow managed to do that, and Chowpatty suddenly opened up to reveal a huge beach of golden sand, now clean and spruced up, good enough for anyone to walk barefoot. What is that phrase? ‘Speak softly and carry a big stick.’ Perhaps, in this case, that can be modified to ‘Speak softly, and carry a big Sena stick.’

That wasn’t all. Navalkar ‘greened’ another corner of the beach, making it into a flourishing garden he called Nana Nani Park. Entry was restricted to grandparents, or at least those whose age qualified them to be that. Before Pramod Navalkar died, he began to replicate this model at other city beaches.

These thoughts came to me last month when I read a news story about Versova beach, distinguished not just by its size but its well-earned reputation as Mumbai’s filthiest. With no Navalkar around, and the municipal corporation completely uninterested in doing anything about it, it would have remained so if it weren’t for a 33-year- old local lawyer, Afroz Shah, and his 84-year-old neighbour, Harbansh Mathur. In October 2015, they began to clean up the beach together in what seemed like a hopeless task. But a month later, 40 people joined in and soon it became a movement, with over 300 people doing the weekly clean-up. By July 2016, the United Nations Environment Programme (UNEP) called it the ‘world’s largest beach clean-up’— an estimated 180,000 kg of trash had been removed. Later, the BMC joined in too, and by May this year, 5.3 million kg of trash had been taken out, and the beach had ‘regained its pristine beauty’, as a newspaper reported.

Shah not only won the UNEP’s Champion of the Earth award, but the Versova example has now inspired the Maharashtra Maritime Board to follow the ‘Versova model’ to clean 19 beaches in and around Mumbai. It is stories like these that lighten up the monsoon gloom, the moral being that taking matters into your own hands can sometimes lead to a world of good.