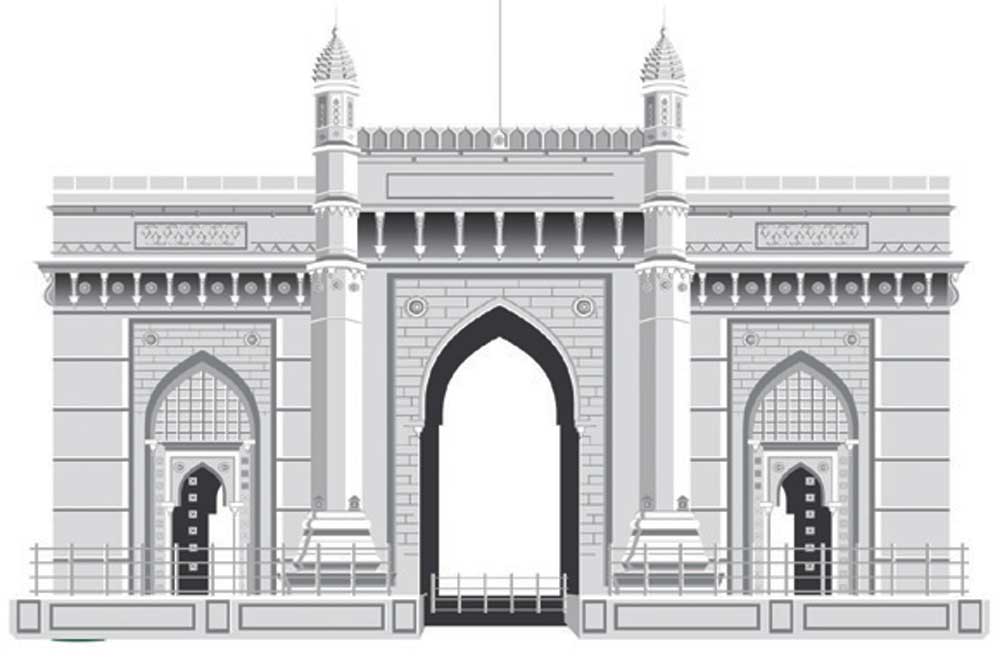 THERE ARE 1,324 black spots on Maharashtra roads, more than double the previous year’s. Actually that’s a huge underestimation: there are billions and billions of black spots in Mumbai alone. In fact, the whole of Mumbai is a black spot. That’s because road accidents happen just about everywhere. If Kolkata is the City of Joy, Mumbai is the City of Jams. It’s also the City of Scrapes.

You will recognise the contradiction there: If traffic is perpetually jammed, how is it possible that we have so many accidents? Let me count the ways. If there are three lanes, Mumbai drivers will create a fourth. Professional drivers—which in India doesn’t mean professionalism, just people earning a living by driving—have calipers for eyes so they know the width of their vehicles to an exact degree. Foreigners are always yelping in their cars as a big, bad BEST bus comes dangerously close to their Jaguar XJ6, almost scraping it but not scraping it. Since I am Indian and a Mumbaikar, I don’t yelp; I sit in the back and bury my head in a newspaper.

There I get my daily dose of cheerful news such as black spots are about real accidents, the kind that make upright citizens into horizontal ones. For reasons unknown, Nashik Rural tops the Black Spots Chart with a score of 107. Mumbai has scope for improvement, having only 51. No wonder the Shiv Sena mayor of Mumbai said the other day, “Something must be done about this.”

I am not sure what he wants to do, but if he actually wants to bring down the number of people killed or maimed in road accidents, he could start with Problem No 1. By now most cars have airbags, but those which don’t are often involved in major accidents: trucks, tempos, kaali peelis, mini-buses and the like. Why don’t they have airbags, at least the new ones? It’s something the authorities should look into.

Problems 2 to 10 are the people behind the wheel. They need far more attention than they get now. Do you remember your driving test? I had one recently for reasons too boring to recount. The ‘test’ (and quotation marks are strictly required here) involved driving in the RTO compound on a straight—repeat straight—track of 500 metres at the end of which stood an official. Once I reached him, he asked my name, ticked his papers, and that was that. I now had my licence to kill.

THE NATIONAL CENTRE for Performing Arts (NCPA) has embarked on an ambitious theatre programme. At its hub is Pádraig Cusack, an international theatre producer who has worked at Britain’s National Theatre for 11 years with Sir Nicholas Hytner. His credits include plays by Beckett, The Servant of Two Masters (one of the funniest plays I have seen anywhere), an adaptation of James Joyce, and Eugene O’Neill’s great play Long Day’s Journey into Night. The idea is to bring British directors to Bombay with a play they have recently done and mount a local production with Indian actors. In quick succession, we saw Constellations and Lucrece.

Lucrece is a dramatic adaptation of a Shakespeare poem. Although written in 1594, it addresses today’s burning issues of sexual assault and patriarchy. I am not sure how the MeToo movement will react to Lucrere killing herself in the end, but Shakespeare does give her powerful lines to speak post-rape and Kalki Koechlin puts her heart into them. The three Indian actors including Kalki must have found, as a lot of great actors in the West have done, that to speak Shakespeare’s lines poses a unique challenge whose demands not many are able to meet.

What was most striking about the NCPA’s Lucrece was director Paul Goodwin’s staging, a triumph of minimalism, a virtually bare stage with three blood-red pennants hanging in the background. Brilliant lighting and music highlighted what needed to be highlighted without the slightest fuss.

In contrast, the staging of Constellations was elaborate, the raised stage covered with hexagons suggesting a hi-tech honeycomb (the male character, Roland, is a bee keeper). Overhead were lots of light bulbs (197 to be exact). Question: How many stage-hands are required to change 197 light bulbs? Answer: two in Mumbai, 394 in Kolkata (work that out for yourself). The backdrop was a multi-screen with a changing mélange of images.

The second character is Marianne, a cosmologist. On the face of it, a bee keeper and cosmologist should have nothing in common except their humanity, but that is enough. Constellations by Nick Payne is a clever, funny and thoughtful exposition of the infinite possibilities of life: the characters repeat a scene several times, each time with different tone, emphasis or words. We get a sense of the road we choose to take, and the roads not taken. Director Bruce Guthrie’s timing is impeccable while actors Jim Sarbh and Mansi Multani rise to the special challenges of their ‘multiple’ roles. Both plays must be seen by large audiences, not just in Mumbai, but everywhere in India (including Kolkata).