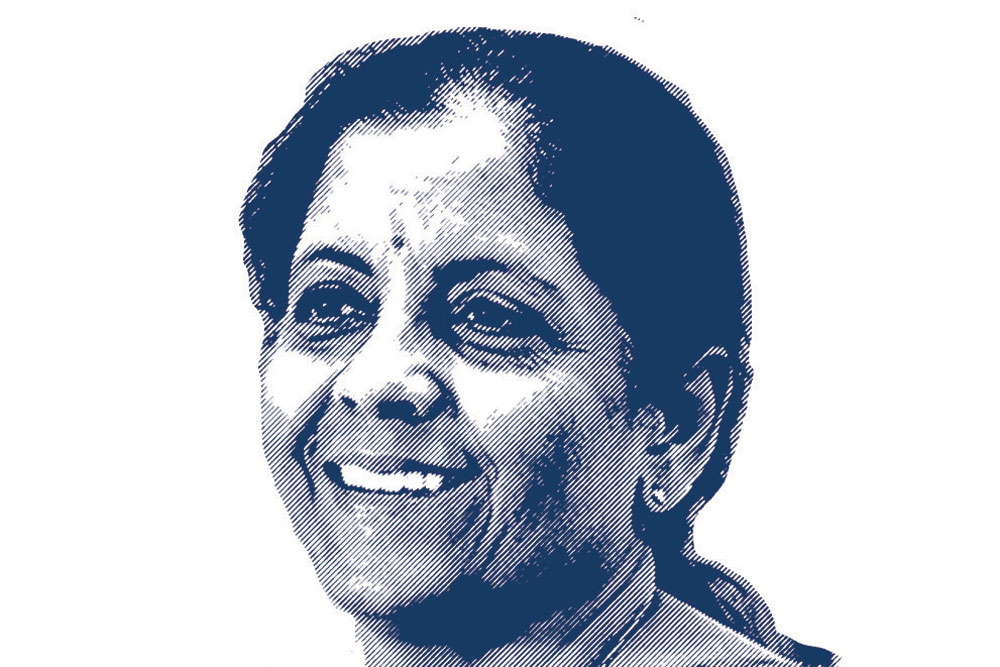 
NIRMALA SITHARAMAN could not be India’s first female finance minister because she is too young: Indira Gandhi beat her by 44 years. But her other record will be difficult to beat: she presented her Budget in a 20,224-word speech—the longest in India’s history. A finance minister is flooded in the weeks before the Budget with proposals from politicians, taxmen and businessmen to do, undo or modify various things. An experienced minister would take in what fits with her or her party’s interests and leave the rest for another day. Sitharaman liked the look of too many proposals and let her Budget swell.

But after that verbose commencement, she has settled down. She has got the self-confidence to face the press: she has called half a dozen press conferences in two months and communicated new decisions.

In the first one on August 23rd, she announced simplification of various laws relating to taxes, labour, companies and environment, repealed her angel tax and surcharges on capital gains, promised to make Government banks less unfriendly to borrowers and depositors and improve capital flows to companies, and said she would watch closely if Government departments delayed payments. She will make poor owners of old cars scrap those and buy new ones but let them keep their BS-IV vehicles for another seven months. She would make Government departments give up the zero-scrappage policy and not pay only a quarter instead of the whole of what arbitration tribunals ask the Government to pay in disputes. A week later, she announced that her officials would persuade the boards of stronger Government banks to allow merger with weaker banks, so that the Government would not have to keep bankrupt ones running. Or rather, crawling, since the Reserve Bank of India does not let them give new loans.

On September 10th, she went to Chennai and told people of the numerous things (listed in a Prime Minister’s Office booklet) that the Government had done in its first 100 days, including conversion of Jammu and Kashmir into a Union Territory. Company officials who are not sufficiently socially responsible or are charged with 16 other wrongs would no longer be accused of a crime and jailed, banks would not be able to keep their clients’ important documents beyond a fortnight, taxmen would have to return overpayments of the Goods and Services Tax to small and medium businesses within two fortnights. Indian companies were allowed in 1999 to issue shares and bonds abroad. This permission was withdrawn in 2014 with the promise of a better law; the Securities and Exchange Board of India will now be made to keep the promise. It did not let people trade in shares if they did not have a PAN card issued by the income-tax authorities; now they will be able to get by with an Aadhaar card.

If a Muslim man is stupid enough to say ‘talaq, talaq, talaq’ to his wife, he can now be jailed. A magistrate could still make him support his wife; but it is unlikely that he would earn enough to do so while locked up. Many children are sexually harassed but do not know what it means. Now, 40,000 teachers will be trained to explain to children the difference between good and bad touch. There are some 8-10 million schoolteachers, teaching 200-300 million children; children will have to roam far to find a teacher who can tell them whether they were wrongly touched. To sum up, the 100 days’ programme has many promising ideas, but they need to be critiqued and developed before they can be implemented.

On September 14th, she gave a press conference on exports and property. The Government has signed many free-trade agreements which have led to little increase in exports; an office is being set up to make exporters aware of and use these. In property development, the attention of the Government is on more and cheaper loans from banks and housing finance corporations. In a press conference on September 19th, Sitharaman came back to what the Government is doing to banks, borrowers and housing finance corporations.

Nirmala Sitharaman has emerged as the leading spokesperson on economic and financial matters. She has met the media frequently and has been articulate and frank. But while the Government has many ideas, they need much empirical work and discussion before they can be turned into robust policies. High-quality criticism is an essential input for good policy. The Government needs to listen to scientists and social scientists, whatever their backgrounds and views, and stimulate a vigorous debate before policy formulation, if it is to avoid serious errors.

Ashok V Desai
Ashok V Desai is an itinerant economist. He was the Chief Consultant to the Ministry of Finance

Better Days Are Ahead