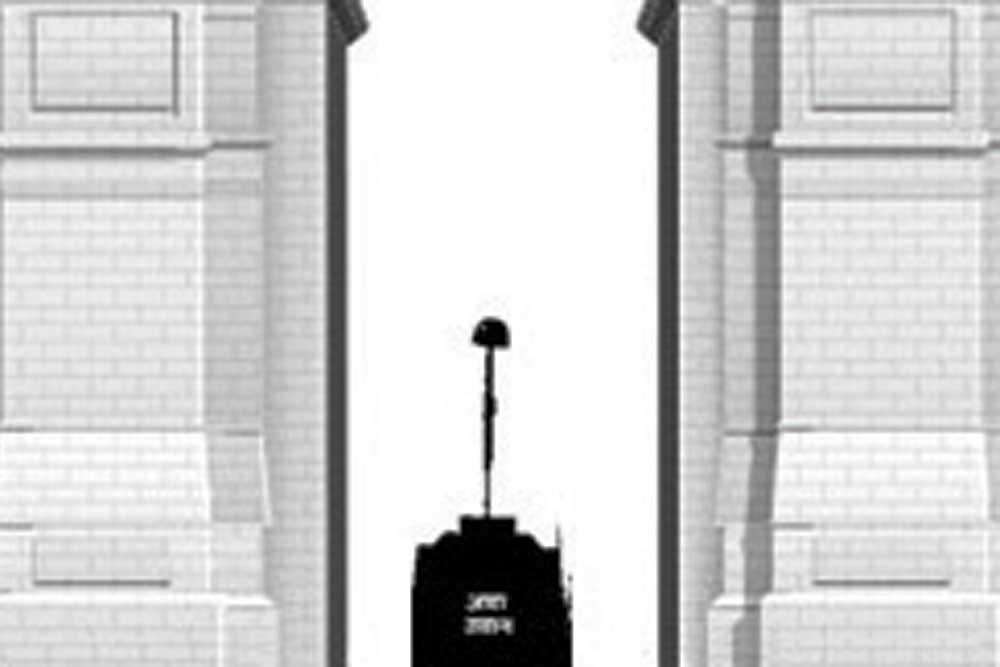 JOURNALISTS IN THE line of duty come to know people of eminence. I was fortunate to know Atalji from my college days and subsequently built on that relationship after becoming a writer. But this is not about me. This is about the tallest leader of the post-Independence era. Without intending to add to the lavish tributes, I recall here two extraordinary gems of silver-tongued flourishes which he alone was capable of. The first concerns a public meeting at the Ramlila Maidan on 30th January, 1977, the very first after the release of a number of Opposition leaders from prison during the Emergency. An all-enveloping pall of fear still hung over the Capital. Some in the Opposition feared that poor attendance would hurt the anti- Emergency cause. But Vajpayee had trust in his people. After all, he had ruled over the hearts of Delhiites for decades. And on the appointed day, they came in droves. Having pitched myself at the bottom of the high podium, I had a ringside view of the proceedings. A short young woman in bedraggled clothes stood at the foot of the stage, pleading with anyone who cared to listen for being given a chance to address the rally before the big guns arrived. Madan Lal Khurana, the Delhi Jana Sangh strongman, relented, telling her to keep it short. This was the routine the woman in question would repeat at several such rallies in that cataclysmic election. Her name? Sushma Swaraj. A follower of George Fernandes, she was looking for greener pastures. Back to Vajpayee. As per hierarchy, he was the second last speaker, the last being Morarji Desai. The jam-packed Ramlila Maidan was desperate to hear Vajpayee who has been locked away from them for nineteen months. And, finally, when he got up to speak, the poet in him erupted, and immediately brought the house down with his instant , on-the- spot composition. It read: “Baad muddat se miley hain deewane; kahne sunne ko bahut afsaney; khuli hawa mein jara saans to ley loon; kitney din chaleygi yeh azaadi kaun jaaney.” Loosely translated, it means, “It has been an age since we, whom they call mad, are meeting, and we have a lot to tell each other, let me breathe the fresh air for a while, who knows how long will this freedom last.” As expected, the crowd erupted, laughing and clapping boisterously, giving the vintage Vajpayee multiple standing ovations. Though the Emergency was still to be withdrawn, the fear that hung over the city had virtually vanished in that tumultuous moment. The other instance pertains to Vajpayee’s immense capacity to drive home his point with easy humour. Sometime in the early 70s when essential commodities like cooking oil, pulses etcetera were in short supply, Vajpayee would hammer the Government for mismanagement of the economy in his own inimitable way by narrating this story: A top Congress leader out on the campaign trail was asked by a villager to touch his back. Puzzled, he wanted to know why. And the simple-looking villager responded, “Listen, you touched sugar, it vanished from the market, you touched daal, it vanished from the market, you… Now if you touch my back, my severe pain will go.”

LET US FACE it. All governments want good press—and do everything in their power to get it. A corollary of the above is that they try and stop negative reporting. And when we say ‘all’, we mean regardless of their political complexion. Given that a section of the Capital’s media is trying to work itself up into a lather about the alleged controls on the media by the Modi Sarkar, it will be good to keep in mind how the Delhi Sarkar of the self-styled krantikari (revolutionary) Chief Minister Arvind Kejriwal ensures good press by using its generous advertisement budget to snuff out critical voices. In fact, state governments can be far more blatant in controlling the media, giving highly subsidised houses, co-opting media owners into official bodies, providing 24×7 security to the select few etcetera. Therefore, a sense of perspective will lend credibility to the angry campaign.