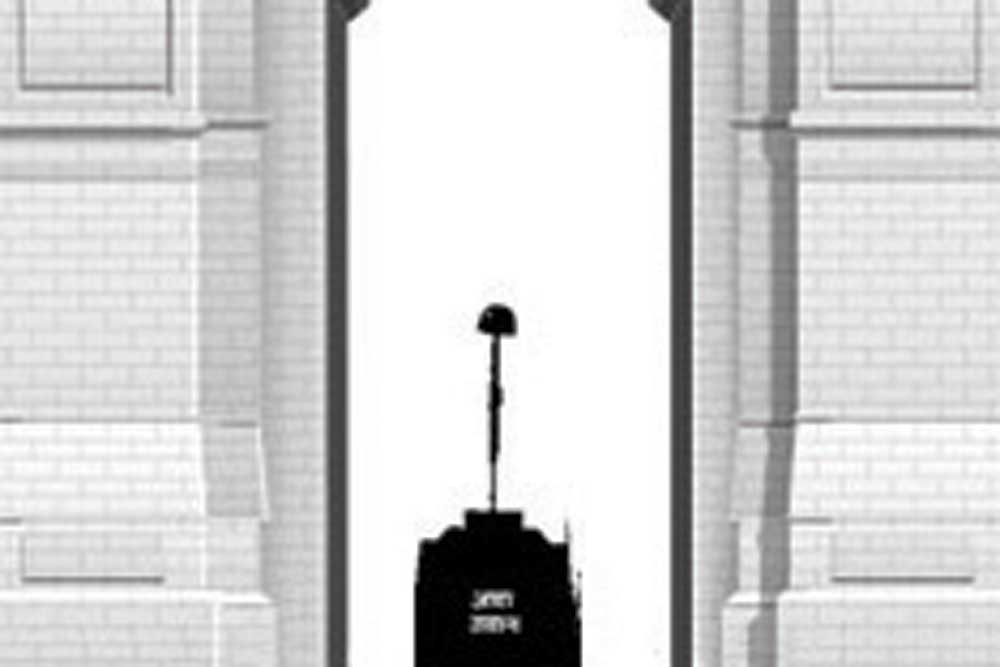 ASIDE FROM AN occasional flyer in the morning papers inserted by rival vote seekers, there is barely any evidence that the national capital is set to soon elect three new municipal corporations. Three? Because for some inexplicable reason, Sheila Dikshit in her last term as Chief Minister had insisted on carving up the hitherto unified Municipal Corporation of Delhi into three separate entities. This did create more jobs and other opportunities for our civic fathers, but whether the trifurcation made for more efficient delivery of services such as sanitation, street lighting, etcetera, remains highly doubtful. Indeed, given the woeful state of their finances, it is troubling that Arvind Kejriwal wants to abolish house tax, the single largest source of revenue for the municipalities. As it is, the AAP government was rather niggardly in releasing funds to the outgoing BJP-led municipalities, often forcing civic employees to stop clearing garbage dumps and sweeping roads. Abolition of property tax can only worsen the situation, but, one supposes, when the sole objective is to win elections, any ploy to hoodwink voters is fine. And you thought Kejriwal, or “that sneaky little fellow”, as Captain Amarinder Singh prefers to call him, was a messiah of a new kind of politics? My left foot!

THE SAMAJWADI PARTY member in the Rajya Sabha probably had a point when he lamented the complete absence of celebrity-members nominated to the House. It’s such a waste, said Naresh Aggarwal, that these worthies don’t even condescend to put up an occasional appearance for debates. The legendary cricketer Sachin Tendulkar and yesteryear’s heroine Rekha were mentioned in this context, though Mithun Chakraborty too had played truant before good sense dawned on him. Nominated in April 2014, he finally resigned last December, having deigned to visit the nation’s highest seat of law-making for a few precious moments only once as an honourable MP. Aggarwal’s protest seemed to have the tacit approval of most members cutting across party lines. It deservedly made headlines. The public rebuke, it was expected, would make both Tendulkar and Rekha follow Mithun’s example and quit the House.

Unsurprisingly, the prospect of potential vacancies has raised the hopes of a number of people keen on nomination to the Rajya Sabha. Among them figure the names of a couple of journalists who have been not-so-subtle in lobbying for these sinecures ever since Narendra Modi swept to power in May 2014. The two in particular had wormed their way into several ministerial parlours and could also be seen seeking out people in the party organisation. But neither is known for long-term association with the ruling party or support for its cause and leaders. At least one is a dimwit with a deserved reputation for sleaze and deals, while the other has airs of being an intellectual who has hankered after membership of the Upper House for all the creature comforts that flow from it. Besides, he has the blessings of a powerful Bombay-based moneybag.

IN RECENT WEEKS, a large number of people wait-listed for membership of the Gymkhana Club, the premier watering hole of the old elite in the heart of Lutyens’ Delhi, were shocked to receive a stark message: pay up Rs 750,000—yes, you read it right, Rs 7.5 lakh—or else your application will be cancelled. Tens of thousands who are keen to acquire this status symbol have been asked to cough up an obscene sum of money to keep their application alive. Mind you, even if one were to spare that amount, there would still be no guarantee of an early admission. Because the colonial era club, situated next door to the Prime Minister’s residence, has a waiting time for membership stretching over 35 years. A number of people who had applied in the early 80s with a princely sum of Rs 5,000 were asked to double the amount some two decades later. Almost everyone did.

But how many would now want to stay on the list with such a high price tag is unclear. In the unlikely event of one striking lucky and getting an invitation for membership, one would have to pay an upfront entry fee of over Rs 17 lakh. Given that such people would be in their late sixties and even seventies now, and unable to pass on membership to their children, only those with sackfuls of ill-gotten moolah would presumably accept the offer to join. The whole shindig smacks of early-bird arrogance. It ought to be resisted, especially when the Club operates on tens of acres of precious land given virtually gratis by the Government.

THIS SEEMS TO be yet another case of political correctness gone crazy. HSBC Bank in London has furnished its customers a list of ten new honorifics aside from the conventional Mr, Mrs and Ms to choose from. In its quest for gender neutrality, the bank has come up with such appellations as ‘Ind’ for individual, ‘Pr’ for person and ‘Misc’ for miscellaneous.