Not just regarding Kashmir and the Article 370 revocation, Shah has been found to be proactive on all issues under the ministry 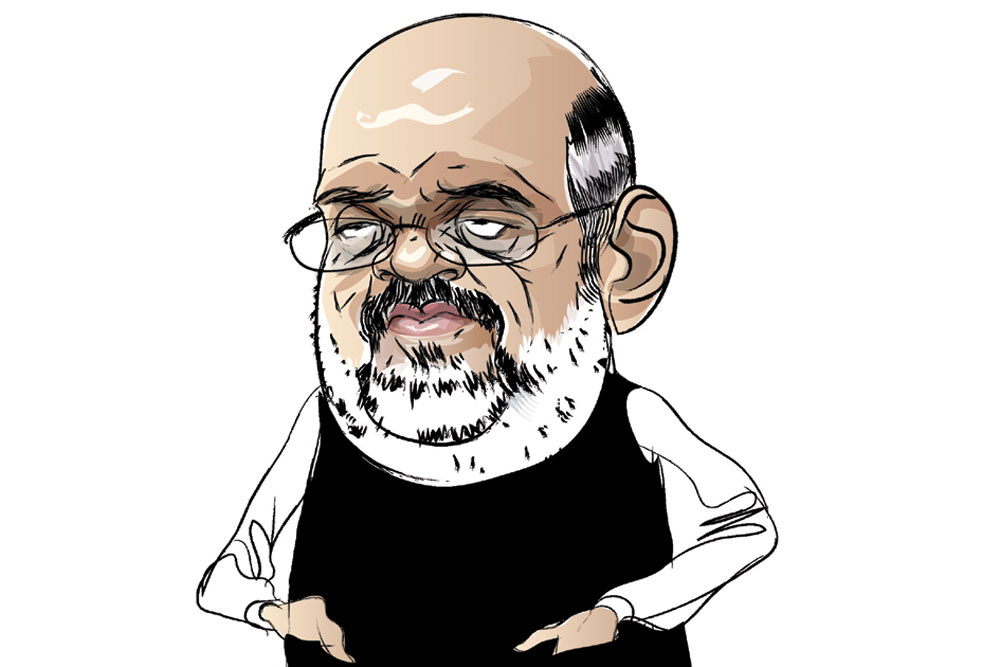 
ON THE EVE of the completion of three months of Modi 2.0, the assessment of the Prime Minister’s Office is that the best performer so far has been Home Minister Amit Shah. Not just regarding Kashmir and the Article 370 revocation, Shah has been found to be proactive on all issues under the ministry. Such as the implementation of the Citizenship Bill and identification of non-citizens in Assam. He is getting the Law Commission to submit a report on a uniform civil code. He relentlessly travels across states. The perception is that the guru, Narendra Modi, is happy with the performance of his shishya, Shah.

The Woes of Kamal Nath

Madhya Pradesh Chief Minister Kamal Nath seems to be in trouble both outside and inside his party. The Enforcement Directorate, under the Centre’s charge, is looking into the affairs of his relatives, with his nephew being arrested this week. A section of the Congress meanwhile raised the issue of why Nath met the Prime Minister recently with his son without taking the consent of the party. His relationship with Deputy Chief Minister Jyotiraditya Scindia might also not be all that good. There was a story in the state media that Scindia may join the Bharatiya Janata Party. Scindia is upset at the rumour and his followers are alleging that Nath planted the story. On top of all this, senior Congress leader Digvijaya Singh, who has a good rapport with Members of Legislative Assembly (MLAs), is promoting his son as the next chief minister. To that end, he is also forming a new team with young MLAs.

Amit Shah has called a meeting of chief ministers of 11 Naxal-affected states on August 24th at Vigyan Bhavan. It includes West Bengal. Shah is of the view that the political battle between the Trinamool Congress and BJP in the state notwithstanding, there must be no politics on combating Maoism. But West Bengal Chief Minister Mamata Banerjee has apparently decided to boycott it, as she has several Centre-state meetings in the recent past. Didi reportedly told officials she was busy with administrative meetings in districts and that they had already finished most Maoists in Bengal. 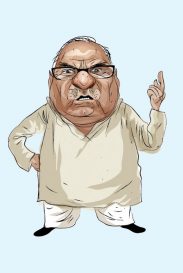 Former Haryana Chief Minister Bhupinder Singh Hooda is the latest headache for the Congress leadership. There are rumours he may float a new party because the high command was not keen to project him as the chief-ministerial candidate before the state election. Kumari Selja, a Gandhi loyalist, had thought that she would become the candidate with the blessings of Sonia Gandhi. Hooda held a mammoth rally to show his strength and announced there that he would remain the candidate. His strategy might have worked because Sonia reportedly called to appease him. The Congress can’t afford to lose him at this juncture, of which he is very well aware.

When the Supreme Court bench, which was hearing the Ram Janmabhoomi-Babri Masjid case, enquired whether there were any descendants of Lord Ram, the BJP Member of Parliament Diya Kumari claimed her family, belonging to the royal family of Jaipur, were descended from Kush, the son of Ram. The basis for it, she said, were documents her father had produced in a court in 1992 and also papers in their palace museum. But Diya is now frustrated that even her own party is not taking her claim seriously. She is planning to hold a press conference in Delhi to bring greater attention to it.

Many thought that External Affairs Minister S Jaishankar’s China visit before the UN Security Council meeting was not needed since they didn’t change their stand on support to Pakistan. But some contend it did have a good outcome. China told Jaishankar that they are more concerned with Ladakh becoming a Union Territory. India assured them that it was an internal, sovereign decision and would have no bearing on the border dispute between the two countries. That China raised the issue in the Council without using aggressive rhetoric like Pakistan is also a positive signal. China needs Indian support in dealing with the aggressive trade war initiated by the US. Both Jaishankar and his secretary, Shilpak Namdeo Ambule, who was also present, speak Mandarin fluently. So there was no communication error.

Track II To the US

There was a marathon Track II summit between the US and India organised by a private think-tank in a New Delhi five-star
hotel recently. Several US diplomats, including an undersecretary, were present. On the Indian side, four important Central ministers—S Jaishankar, Piyush Goyal, Dharmendra Pradhan and Nitin Gadkari—were in attendance. The dialogue included the Kashmir situation too. Interestingly, former Intelligence Bureau chief Rajiv Jain was the one who explained the Government’s present position on Kashmir. The Americans were said to be satisfied with it.