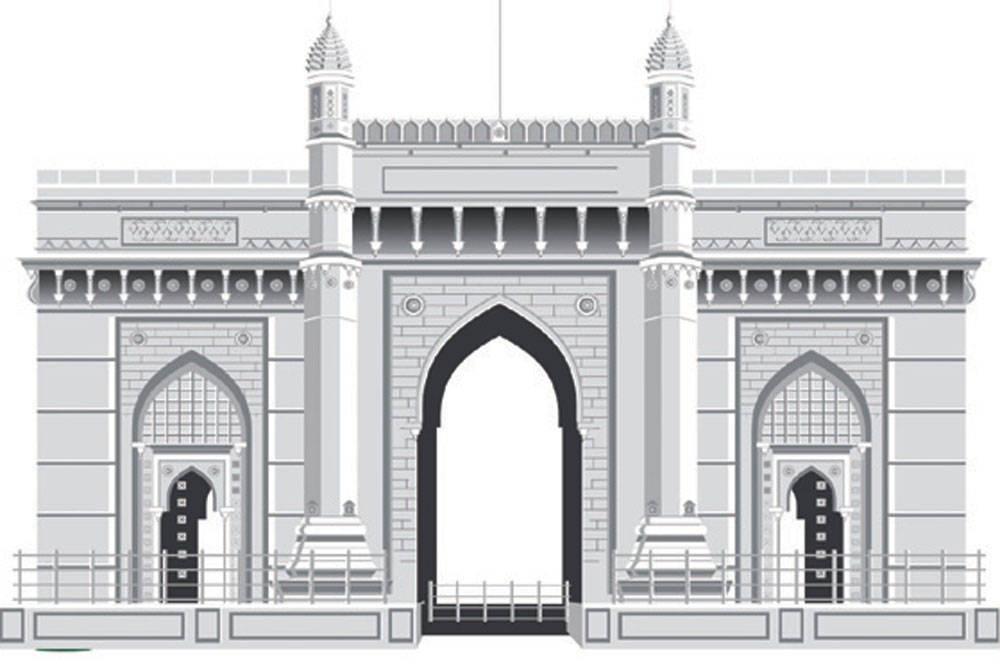 THEY SAY IT doesn’t rain but pours during Ganesh Chaturthi. That’s certainly so this year. The poor Met guys must get thoroughly soaked dipping their wet footrules into the water hour after hour, day after day. In the end they probably make up the figures, much like policemen do when counting heads in a crowd. What does it matter anyway, because in the end, we all drown, well before the Ganesh idols do.
The good news is the Chinese Ganeshas—memorably described by the late Manohar Parrikar as ‘Ganpatis with narrow eyes’—which swamped Mumbai a few years ago are seen less and less. Nevertheless, Alibaba still lists 111 types, priced between $1 and $28. Chinese goods always raise questions about durability, but that can’t be a concern here, can it?

The large saarvajanik (community) ones, of course, have to be locally made due to their enormous size. The most famous of them, Lalbaugcha Raja, is a 22-ft seated Ganesh this year. People queue up for hours for darshan. They come to see not just the idol but also the tableaux around it. Each year there’s a different theme: last year it was ‘save the environment’; this year, it is ‘space’. Why space? Because of Chandrayaan-2, of course. “It is our ode to ISRO,” sang the pandal’s organisers.

How do you know there’s a Ganesh pandal in your neighbourhood? Unless you are stone-deaf, the non-stop music and aartis drowning your mind are a dead giveaway. And you can see the signs a mile off: not representations of gods and goddesses, heavens no, nothing so crass; the large hoardings celebrate large builders, some extol the superior qualities of the latest detergent, gutka brands get special mention for their addictive qualities. Religion is big business you see: the richest Ganpati mandal in the city, the Goud Saraswat Brahmin Seva Mandal located at King’s Circle, Matunga, is insured this year for Rs 266.65 crore. Even gods come with price tags nowadays.

‘TREE AXEPERTS’, a local newspaper called them. These are the experts appointed at the insistence of the Bombay High Court to be part of the Tree Authority which oversees the well-being of Mumbai’s tree population. The newspaper’s ire—shared by most Mumbaikars—was roused because the same experts abrogated their responsibility and voted for the felling of trees at Aarey Colony. The authorities—and it really doesn’t matter which, because they all share an equal lack of concern for the environment—want to put up a metro car shed in Aarey, one of the city’s few green spaces. It’s not as if an alternative site is not available—activists have identified one at Kanjurmarg which can be used with far less environmental damage.

Ignoring that, the Tree Authority sanctioned the hacking of 2,702 trees.

The Committee was even given an environmental assessment report which warned that the Aarey plan would result in flooding at the international airport. Who had prepared the report? A state-government appointed committee. What did the Tree Authority people do with this specially commissioned report by eminent experts? They ignored it.

Elections are round the corner in Maharashtra, and the government wants to clear as many projects as possible before the Model Code of Conduct kicks in. That explains, everyone says, the unseemly hurry.

I say, that’s not the case: this state government would have pushed through Aarey because it’s an easier, and more convenient, site to work on than others. For the Devendra Fadnavis government, the environment isn’t a concern; it’s a nuisance, to be got out of the way as quickly as possible.

MUMBAI HAS MANY skywalks, installed according to the prevailing myth, so that people could use them to cross roads, thus freeing streets of pedestrians, which in turn would ensure smoother traffic flow. Good theory? Yes. Bad practice? Absolutely. That’s because no one uses them. The reason for this reluctance is obvious: the skywalks are sky-high, so who would climb so many steps just to get to the other side?
Aha, you will say, what about escalators? Let me tell you why escalators are missing. Western and Central Railway, which run the city’s suburban rail service, recently released some interesting statistics. Central Railway has 76 escalators at its stations. They had to be stopped 120,000 times in the last 16 months. That’s roughly 250 times a day. Western Railway reported 106,000 stoppages in the same period. That’s just over 220 times per day. Thane station holds the record: 361 stoppages in a month.

Bad escalators? No. Idiotic people? Yes. Apparently 90 per cent of these stoppages are due to commuters pressing the emergency button ‘just like that’. Or due to people throwing cans, wads of paper, pieces of cloth or whatever into gaps in the escalators to see what happens. So much fun, no?