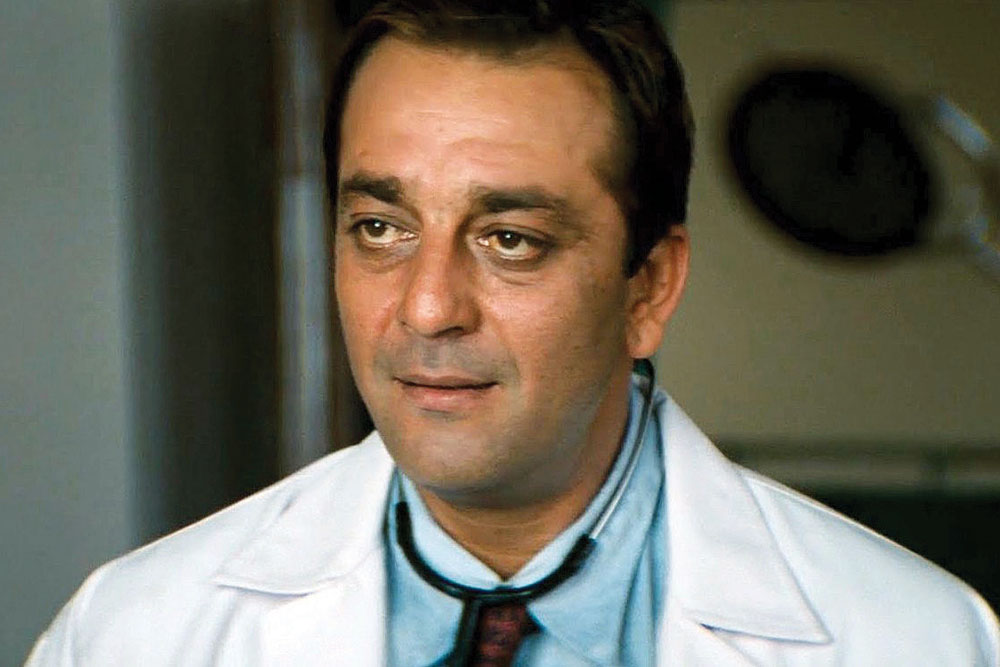 
‘HELLO, HELLO, it’s me,’ said my husband, looking worried. I didn’t know I’d been unconscious for several days but I realised my wrists were loosely tied to a hospital bed. ‘Yes, it’s you. Who else could it be? Why am I here?’

I was in Intensive Coronary Care Unit of the CK Birla Hospital, Jaipur. Like many others, I’d gone down with gastroenteritis at a literary party held in a swanky garden hotel. A doctor who came to the hotel to treat me said the pain in my chest was caused by vomiting and my asthma. Two nights later, my husband, aided by the security guards at The Lalit hotel, took me, unresponsive—unable to see, hear or speak—to one hospital, where they thought it was too late to intervene, then to the CK Birla Hospital. From then, I was in the expert care of cardiologist Dr Rudradev Pandey, anaesthetist, Dr Harish Khanna, both of whom came to see me several times a day, nurses who appeared at my side when I so much as blinked, physiotherapist, Dr Akansha Rajpurohit, and a skilled dietician. Apart from the beeping machines, which I asked them to turn off and a surfeit of tubes, which I kept pulling off (hence the tied wrists), I had a peaceful and reassuring 10 days in hospital.

I’m well-acquainted with Indian hospitality but this was when it reached its zenith. The hotel offered us a car and driver and a guard to sit with my husband; the hospital gave him a bed and meals when I had mine; friends flew in from Delhi and Bengaluru; a literary agent friend in Jaipur sent packed meals to my hungry better half. An old college friend drove down from Delhi and took us back to his home where we were pampered. Friends came to visit me in Delhi with flowers and fruits and my husband’s printers sent a delegation from Noida to check on our wellbeing. Friends in Bengaluru hand-carried back to London a bag I’d left at the Jamun guest house for my return. The good wishes continue to roll in.

Everyone showed an understanding of what it is to be a helpless patient in a foreign country and also of how hard it is to be the one responsible for looking after the patient. There was great sensitivity to the need for care and to make sure that it was continuous. Two friends in Mumbai came not just to help us with our bags but to unpack and sort out my luggage. Such kindness gets you through not just the physical incapacity but also the shock.

I don’t know where people learn such skills but the representation of illness in Hindi cinema is not much help. Many films show illness and death, and the kindly and self-sacrificing doctor appears in many movies, such as Anuradha (1960), Dil Ek Mandir (1963), Tere Mere Sapne (1971) and films based on real-life doctors who struggled for the welfare of others, such as Dr Kotnis Ki Amar Kahani (1946) and Ek Doctor Ki Maut (1990). Female doctors are more recent, in films like Kal Ho Na Ho (2003) and Jab Tak Hai Jaan (2012).

Doctors embodied science and reason, so in Woh Kaun Thi? (1964), Dr Anand (Manoj Kumar) is tricked by his cousin into thinking he is seeing ghosts through a double, but looks for a rational explanation.

One of the most loved of all Hindi film doctors is Dr Bhaskar (Amitabh Bachchan) or Babu Moshai who treats Anand (Rajesh Khanna) in Hrishikesh Mukherjee’s 1971 film. Although Anand is dying of cancer, he remains cheerful throughout and teaches the doctor about living and what life is about (‘Zindagi badi honi chahiye, lambi nahi/ Life should be great, not long’).

A more alarming doctor is the British-based Manu (Madhavan) in the two Tanu Weds Manu films (Tanu Weds Manu, 2011 and Tanu Weds Manu Returns, 2015), who smokes and puts on weight (Tanu remarks about him: ‘Halat dekhi hai? Adrak ho gaya ye aadmi. Kahi se bhi badh raha hai/ Have you seen the state of him? He’s shapeless like ginger, bursting out all over.’)

While doctors in Hindi cinema perform minor miracles, such as detecting pregnancy through pulse and patients are left with blood-stained bandages to remind us of their wounds or bandaged-like Egyptian mummies, provoking unintended hilarity like the mother in Awaara (1951), these are mild stretches of the imagination compared to some gems.

When the wicked doctor says he won’t help without his fees, in Clerk (1989), the former INA soldier (Ashok Kumar), is brought back to life when a tape of ‘Kadam kadam badhaye ja’, gets him marching and on his feet as the camera spins through images of Gandhi and Nehru to rest on Netaji Subhas Chandra Bose.

Manmohan Desai is the master of the medical miracle in a way that is emotive and meaningful. In Amar Akbar Anthony (1977), the song ‘Khoon khoon hota hai, paani nahi/ Blood is blood, not water’, the adults we know to be a separated family are temporarily united by a strange live blood transfusion which symbolises their true bond. The mother’s eyesight is restored by a miracle: two lights travel from the statue of Shirdi Sai Baba to open her eyes, again loaded with symbolic meaning. Salma (Neetu Singh) may be a doctor by day but at night she goes to qawwalis by Akbar Allahabadi (Rishi Kapoor) in full burqa, her father’s control marked by the stick with which he makes his daughters cover themselves ‘Pardah hai/ There is a veil’.

In Desai’s Coolie (1981), where Amitabh’s accident was followed by his miraculous survival, we see the operation after he is shot though protected by the chador of Haji Ali’s tomb and his recitation of the Kalima in full filmi style, with his parents praying outside the operating theatre, where each of the three bullets is dropped with a clang into a metal kidney dish with a cut to the coolies worshipping in a temple, in a gurdwara and in a church, while the hawk, Allah Rakha looks on. The operating theatre has a red light bulb, reminiscent of a recording studio, which seem to be a purely filmi icon.

In Desai’s Suhaag (1979), a penitent father (Amjad Khan), gives his son (Shashi Kapoor) his eyes for a transplant while he is still living. This is an unknown medical feature, which is an advance on Shakti Samanta’s Anuraag (1972), where a young boy gives a blind sculptor (Moushumi Chatterjee), his eyes after death. Filmi medical advances are such that in 1995, there is a live brain transplant from Mithun Chakraborty to Madhoo in Diya Aur Toofan. In Yeh Vaada Raha (1982), a plastic surgeon transforms the heroine’s face after an accident until she is so unrecognisable that the lead actress is changed from Poonam Dhillon to Tina Munim. Although she loses her boyfriend who fails to recognise her, she allows the plastic surgeon to adopt her as his daughter.

Doctors can also be comic figures, such as in Dil Ka Doctor (1995), which I recall as breathtakingly awful, and the brilliant Munnabhai MBBS (2003), where the son who has tried to convince his father that he is a doctor, cheats his way into medical college but cannot keep up with the demanding course of study. However, he teaches that love and fun are part of medicine and cures his patients with his ‘jadu ki jhappis/ magic hugs’.

The depiction of psychiatric medicine is often worryingly unethical, despite the presence of Dr Mohan Agashe, himself a psychiatrist in the industry. Dr Dinesh Bhugra, also a psychiatrist, has written about mental illness in Indian cinema. My favourites are two very Bengali films (as are several mentioned above), both based on Bengali fiction, both having a theme of mental illness, both shot by Kamal Bose, with (some) lyrics by the honorary Bengali, Gulzar.

Asit Sen’s Khamoshi (1970), based on Ashutosh Mukherjee’s story, Nurse Mitra, is about Nurse Radha (Waheeda), who falls in love with two of her patients on a psychiatric ward, Dev Kumar (Dharmendra) and Arun Choudhury (Rajesh Khanna) before she goes mad. The film has the exquisite ‘Tum pukar lo… tumhara intezaar hai’ sung by Hemant Kumar and Kishore Kumar’s ‘Woh shaam kuch ajeeb thi’.

Bimal Roy’s brilliant Bandini (1963), based on Charu Chandra Chakraborty’s Tamasi, stars Nutan as Kalyani, who, in her madness tries to kill the wife of her former lover, Bikash (Ashok Kumar). She is sent to prison where the prison doctor (Dharmendra) wants to marry her but as she waits for the ferry, she hears ‘Mere saajan hain us paar’, sung by SD Burman, and seeing Bikash, chooses to go with him.

I have recently written about Dil Apna Aur Preet Parai (1960) for a volume on the German cinematographer Josef Wirsching who himself appears in Helen’s song, ‘Yeh dil kisko doon’. He was cameraman on many major Indian films, including Light of Asia (1925), Achhut Kannya (1936), Mahal (1949) and Pakeezah (1971). In this, Rajendra Kumar and Meena Kumari play a doctor and nurse, and the film features classic songs such as ‘Ajeeb dastan hai yeh’.

Ajeeb is a good word to describe the medical features of these films. As we are in a pandemic, waiting for a vaccine or a cure, we are all aware of the medics and key workers risking their lives. When in Delhi, I was lucky to have consultations with Dr Guleria and Dr Sharma at AIIMS. Dr Sharma’s initiative at AIIMS, The Centre for Integrative Medicine and Research, aims to bring yoga and ancient Indian traditions of healing together with Western medicine to cure and to test its theories scientifically. I wish I had been able to stay long enough to try it out myself.