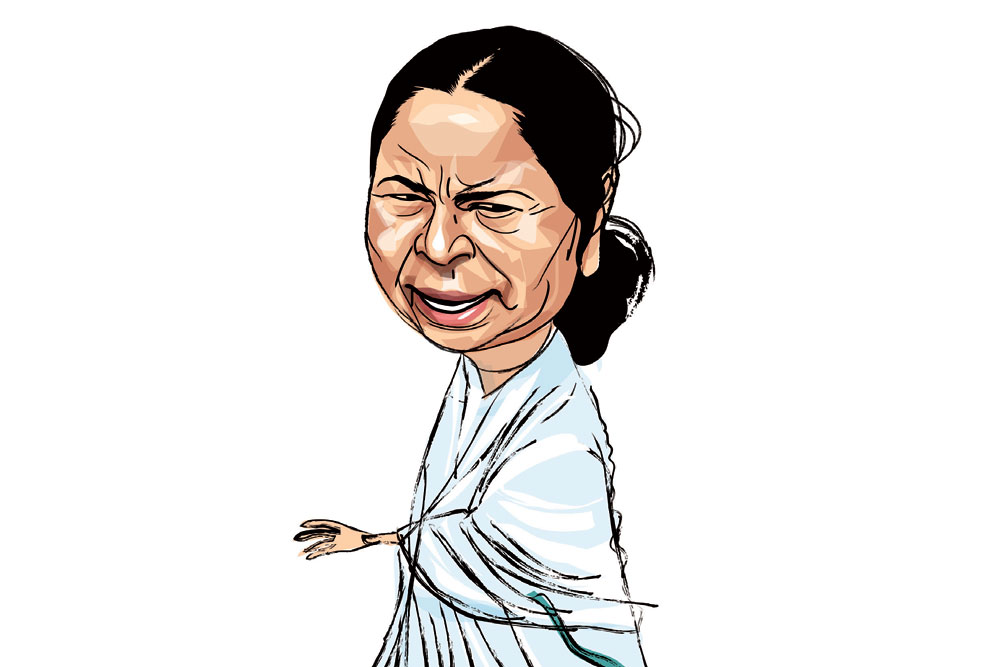 
West Bengal Chief Secretary Alapan Bandyopadhyay’s recall by the Centre on the verge of his retirement and the subsequent action of the state government in reappointing him chief advisor to Chief Minister Mamata Banerjee highlight the strained relations between the Union Government and the state leadership. But there are several levels at work to prevent the ties from snapping. Trinamool Congress Member of Parliament Sudip Bandyopadhyay and West Bengal Principal Secretary Gautam Sanyal are known to work the channels for Banerjee. Similarly, in the Prime Minister’s Office (PMO), advisor to Prime Minister Narendra Modi Bhaskar Khulbe holds the key to at least a working relationship between the Centre and the state. Among the ministers, too, there seems to be consensus on Union Minister Dharmendra Pradhan who shares a cordial relationship with both Modi and Banerjee. The question now is who will be the architect of the new Centre-state equation.

The leader of opposition in the West Bengal Assembly, BJP’s Suvendu Adhikari, is increasingly becoming a formidable voice at the national level, writing regularly in the mainstream media about the political situation in Bengal. Mamata Banerjee, meanwhile, is busy consolidating the national opposition leaders for the 2024 General Election. She’s also trying to ‘fix’ Adhikari over several state irrigation projects. She’s launched an inquiry into why some bridges built by him as a minister in her previous government collapsed after Cyclone Yaas. She’s also blamed Adhikari for the deplorable state of infrastructure in Nandigram, from where he defeated Banerjee in the recent election.

With less than a year to go before elections, Uttar Pradesh (UP) is being keenly watched. Prime Minister Narendra Modi’s trusted bureaucrat Arvind Sharma signed out of the PMO to join BJP in January, and is now a member of the Legislative Council in UP. He works closely with Chief Minister Yogi Adityanath and is active in state politics. While some consider Sharma’s role more as that of a deputy chief minister, Adityanath is clearly not in favour of such ‘interference’. Sharma in recent times has even met UP Governor Anandiben Patel, following which Adityanath is learnt to have met her. Now, there is speculation that Modi has met the Rashtriya Swayamsevak Sangh (RSS) stalwarts to replace Adityanath, though RSS has denied it vehemently. What adds to the mystery is BJP National General Secretary (Organisation) BL Santhosh’s three-day visit to Lucknow recently.

In 2014, when BJP came to power, UP politician Anupriya Patel’s Apna Dal formed an alliance with the national party. Patel became a Central minister but the relationship didn’t last as she exited from the Council of Ministers under the Modi Government. While there is rumour that Patel, whose stronghold is western UP, may sign up with Akhilesh Yadav’s Samajwadi Party before the state election next year, it is also rumoured that BJP may just re-induct her into the Union Cabinet.

Though Aam Aadmi Party leader and Delhi Chief Minister Arvind Kejriwal has established a good working relationship with Prime Minister Narendra Modi, other BJP leaders are wary of him. It came to a head recently over Kejriwal’s live video conference without informing the prime minister, which Modi himself declared was against protocol, and invited Home Minister Amit Shah’s ire. It has also triggered a demand for more representation in the Union Cabinet from Delhi as BJP leaders like Parvesh Verma, Meenakshi Lekhi and Manoj Tiwari have become very active and since Health Minister Harsh Vardhan is the sole Delhi representative in the Cabinet at this juncture. Is there a reshuffle on the cards?

Bihar Irrigation Minister Sanjay Jha is close to Chief Minister Nitish Kumar and a known conduit between the Centre and the state. So, when Nitish authorised him to handle the issue of Covid-infected bodies, allegedly from UP, floating on the Ganga in Bihar that upset the public, he did an admirable job by personally visiting the river bank and supervising cremation following Covid protocol. But he criticised the BJP government in UP for such negligence. Now, it is learnt that though Nitish has been tight-lipped, by making Jha talk, he has moved further away from BJP.

Bihar Chief Minister Nitish Kumar seems to be carefully cultivating his distance from BJP. When former Chief Minister Jitan Ram Manjhi questioned the logic behind putting Narendra Modi’s photo on vaccination certificates, Nitish was silent. Instead, on Rajiv Gandhi’s birth anniversary, his own photo on a poster along with the slain leader was his way of paying tribute to Gandhi. He also congratulated West Bengal Chief Minister Mamata Banerjee on her victory in the Assembly election. Even when former Madhepura MP Pappu Yadav ‘raided’ a place where over two dozen ambulances purchased by BJP Lok Sabha MP Rajiv Pratap Rudy were parked, questioning why they were not being used in the Covid crisis, Nitish maintained his silence. Now, with former Union minister and Nitish’s lieutenant Upendra Kushwaha’s visit to former Chief Minister Lalu Prasad in Delhi, where the latter is meeting his daughter, there are enough straws in the wind to hint at Nitish’s gameplan.

Rajsamand MP and daughter of the late Maharaja of Jaipur, Diya Kumari, has been nominated as a member of the Inter-Parliamentary Union (IPU) Standing Committee of United Nations (UN) Affairs. Around 179 countries are represented in the UN’s IPU, and Kumari has been made a member of the Covid management and vaccination programme. As she is being propped up, another Rajasthan royal and former chief minister, Vasundhara Raje, has been at the receiving end of BJP following the state election debacle in 2018.