The importance of old and wild seeds 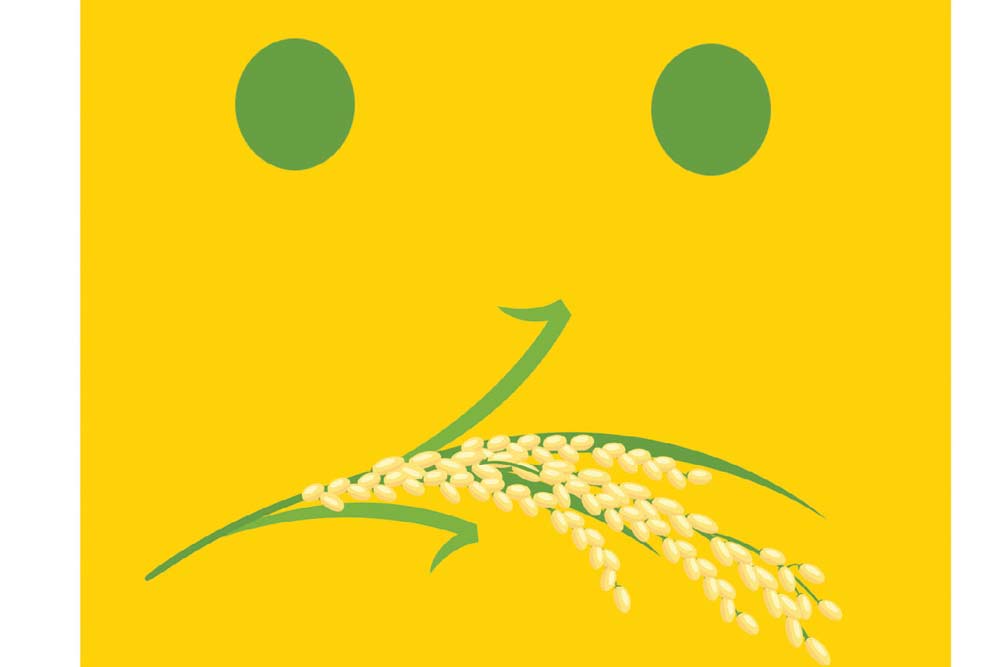 
I BOUGHT INDIAN basmati rice from a grocery store when I lived in New York. When cooked, the rice evoked scents of green rice fields and fra­grant woods, and the taste was as complex and satisfy­ing as a poem. I assumed that Delhi would have a wide variety of fragrant basmati from Punjab. Well, I was wrong. The packaged and unpackaged rice in the grocery stores were not a patch on the ones I had eaten abroad. Thus began the hunt. After wading through different types and qualities of basmati—all promising to deliver aroma and flavour—I finally found one that carried the flavour. The whole house smelt of raw rice, but it did not have the fragrance of the exported rice when cooked.

I called up a producer in Punjab. His answer was that sprin­kles of scent in the rice create the fragrance in the exported rice. “If you want scented rice, I can send you some,” he said.

I didn’t want a fake scent. I wanted the rice grain’s natural aroma, which would somehow transform into a heavenly perfume when cooked in boiling water. “Soak it for 20 minutes and then cook it on a low flame,” he said. I did, but it still didn’t have the aroma I was dreaming of. The taste and fluffiness, however, matched my expectations. So why didn’t it have the scent? I called him again and told him that a decade or so ago, I had eaten rice from the rice field of an acquaintance in Punjab. That rice was highly aromatic and had a nutty, rich flavour.

“It must have been the seeds,” came the reply. “Sometimes it happens. It must’ve been an old variety.”

“Why don’t you use those type of seeds?” I asked but didn’t get a satisfactory response.

So, when I read Dan Saladino’s Eating to Extinction: The World’s Rarest Foods and Why We Need to Save Them, I under­stood the importance of old and wild seeds. Saladino, a food reporter on BBC radio, writes about how we are losing biodi­versity in jungles and rainforests, fields and farms. The book begins by referring to the world’s largest seed vault. It is at the end of a tunnel cut 135 meters deep into a mountain on the re­mote Arctic island of Svalbard. The vault is home to more than a million seeds, a living record of thousands of years of farming history. In the collection are more than 1,70,000 unique samples of rice, 2,13,000 samples of wheat, 39,000 samples of maize, 21,000 samples of potato and 35,000 samples of millet. Perhaps the rice I had sampled a decade ago came from one such unique grain.

These wild and ancient varieties contain genetic biodiver­sity, which has been sacrificed to stave off starvation. Saladino blames the decline in crop diversity on the decades following the Second World War when crop scientists found ways to grow rice and wheat on a phenomenal scale in an attempt to save millions from starvation. The International Crops Research Institute for the Semi-Arid Tropics (ICRISAT) in Hyderabad was one such centre. Thousands of traditional varieties were replaced by a small number of super-productive ones designed to grow quickly and produce lots more grain. Irrigation, agrochemicals and new genetics forged a winning combination for what was called the Green Revolution.

Punjab, the rice bowl of India, was the epicentre of the Green Revolution in the country. It isn’t surprising that the Indian government chose to implement it in an agriculture-dominant economy; the Green Revolution increased food production and rural incomes. The alternative was starvation and knocking on foreign doors. But taste was sacrificed for abundance.

In In Defense of Food: An Eater’s Manifesto, Michael Pollan reminds us that we live in an age of nutritional anxiety where many of the chronic diseases that kill us today can be traced to the industrialisation of food. From highly processed and re­fined grains, to the use of chemicals to raise plants and animals in huge monocultures, and to a narrowing of the biological diversity in the human diet to a handful of staple crops— wheat, corn and soy in the West.

In India, we too are walking along a similar path to nutritionism where advances in science are used to break down the food into its parts to recreate that food with enhance­ments of vitamins, proteins etc. ‘Low cholesterol’ eggs are sold in my local grocery shop as are low sugar potatoes (called diabetes potatoes). These ‘advances’ have meant that food is seen as a thing to be taken apart and recomposed, ignoring, in Pollan-speak, the ecological web of relationships cradling food.

But the irony is that there is a longing for tasty and complex dishes among the growing middle class and the youth in India who have disposable incomes. They connect via social media to global conversations on foraging, wild foods and traditional methods. Instagram and Facebook and Twitter have many dis­cussions on how to replicate the complexities of taste and fra­grance of our grandmother’s kitchens. The problem is that taste comes from the ingredients, and decades of farming that bases food production on a handful of plants doesn’t do the trick. Moreover, such monoculture is at greater risk of succumbing to diseases and pests. Hence, more chemical insecticides and pesticides have to be used, further eroding the taste. Anybody who has eaten spinach and bottle gourd that are non-organically grown can testify to their metallic under taste.

Saladino points out that we were born to eat wild—our physiology, fears, hopes and dietary preferences have been shaped by our evolution as hunters and gatherers. But today, of the 7.8 billion of us, only a few thousand source most of their calories from the wild. Wild foods account for a higher proportion of nutrients, and very low incidence of disease, he says. The Hadza hunter-gatherers have minuscule cases of type 2 diabetes, heart disease, obesity and cancer.

Closer to home, the Bishnoi tribe of Rajasthan, who are vegetarians eating only nuts, fruits and grains, see themselves as custodians of flora and fau­na of the desert. Vasumathi Sankaran, Ruby Singh and Shekhar Singh in Traditional Indian Strategies for Environmental Conservation describe how wild animals and birds are an integral part of Bishnoi agrarian culture. Their work highlights the complex and symbiotic relationship between traditional and indigenous communities and the biodiversity around these habitations. For instance, several Indian communities have traditionally protected the peepul tree (Ficus religiosa) as a sacred entity. Scien­tists have found that Ficus is a genus of significance in maintaining tropical biological diversity. Tulsi (Ocimum sanctum), worshipped in many Hindu homes as a goddess, is a medicinal plant used in multiple ways. Across India, 1,400 wild plant species feature in rural diets, including 650 different fruits.

Saladino too highlights several examples where medicinal plants were given a sacred status. The Navajo tribe discovered the medicinal value of bear root (Ligusticum porteri) by watching bears wake up from hibernation and seek out the plant, dig up the roots, chew them into a paste, and rub it over their bodies. They realised bear root had antibacterial, antiviral, anti-fungal and painkilling properties. Comanche elders tied pieces of the root around their ankles to repel snakes, and if they were bitten, they would chew the root into a pulp to treat the wound.

Saladino mentions the biodiversity hotspot in India. In the Garo Hills of Meghalaya are forests of wild citrus they call memang narang (Citrus indica), which means the fruit of ghosts. Saving this may prove vital to the future of citrus everywhere, he says, because the very first ancestor of the citrus evolved in north-eastern India and in the border­lands of south-western China and Myanmar. A cit­rus greening bacterial infection has already ravaged Florida’s $6.5 billion citrus industry. In the summer of 2020, the University of Florida announced a breakthrough in control­ling the disease: they had found a molecule, a relative of memang narang.

Around 30,000 plant and animal species are at the risk of extinction today. Saladino points out that while drawing more on the traditional methods is the more sustainable option, many argue that the answer to food problems lies in launching a second Green Revolution, one based around biotechnology (transgen­ics and gene editing). Whatever the path, it is important that we don’t let these foods (and tasty fare) go extinct.