The Way We See

The IndiGo passenger got physical, so why is the airline staffer accused of assault? 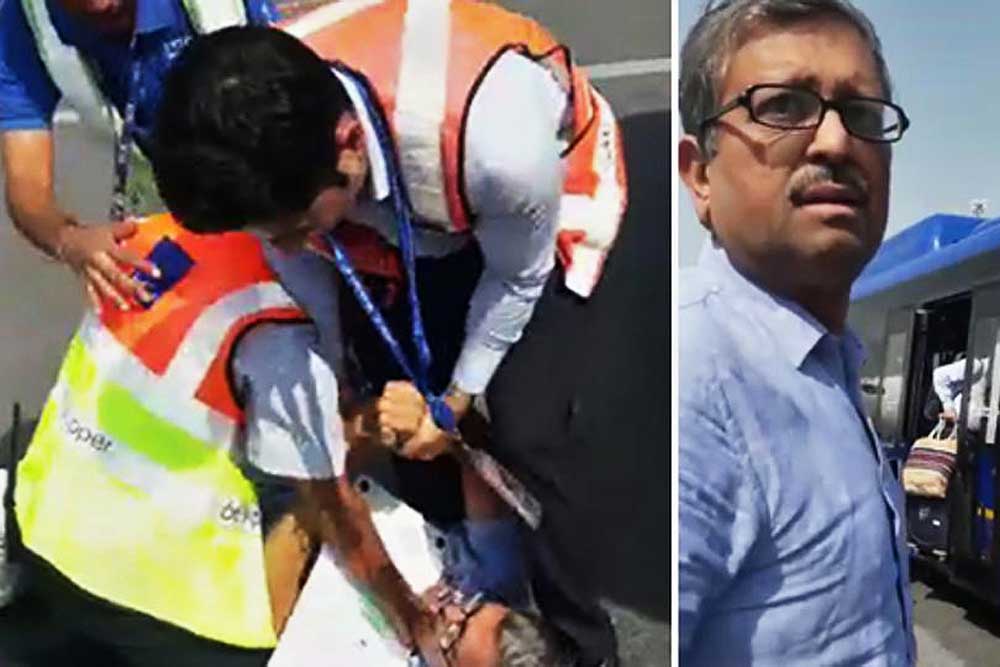 WHEN IT COMES to a choice between what your eyes see and what the world is telling you it should see, trust yourself. This comes across forcefully in the video clip of an altercation last month between IndiGo Airlines’ ground staff and a passenger. It went viral recently and the media picked it up. Consider the Times Now headline with the accompanying clip: ‘Terror on tarmac: IndiGo staff restrain and throttle passenger at Delhi airport after an argument—WATCH’. But when you watch it, what do you see?

1) It begins with the airline staffer remonstrating with the passenger for using words of abuse.

2) The passenger hurries off to the waiting bus, ignoring him.

3) The staffer asks that he be stopped.

4) Something happens at the door of the bus. The camera doesn’t get this part. We must assume that it was the staff trying to stop him from boarding.

5) Another staffer is holding the passenger and leading him away while he continues to abuse. This might indicate that he got physical at the door in step 4.

6) The passenger breaks loose and assaults the staffer. In the process the two fall, with the passenger underneath.

7) The airline staffers restrain him while he is on the ground, obviously to prevent further assaults.

This is one interpretation of the video and the most likely one, given that the passenger seems to be the one charging in anger. Where the IndiGo staffers are obviously wrong is in step number 4— physically stopping him from boarding the bus—but there is still little sign of manhandling. If this passenger had abused an in-flight crew member, he would almost certainly have been forced to apologise under threat of being put on a no-fly list.

How can all of the venerables on TV channels and social media be blind to this, so easily interpret that the passenger was assaulted when their eyes show the opposite? Because there is no story in an ordinary man flying off his handle. If it had been a politician, the entire country would have been on the side of the IndiGo employees with this same video clip.

It is possible that the staff was rude, which led to the first words of abuse and triggered the subsequent events. Media reports say he was standing at a distance away when discourteously asked to move. But we swallow up humiliations meekly all the time when it comes from someone up the power structure. That an airline staffer is fair game for abuse comes from an Indian attitude that everyone in the service industry is a servant. This is a phenomenon not apparent in flights abroad, say when Shah Rukh Khan is made to undergo a security check or the crew of a foreign airline refuse Indians a second drink. We rail about it later, but meekly suffer without complaining.