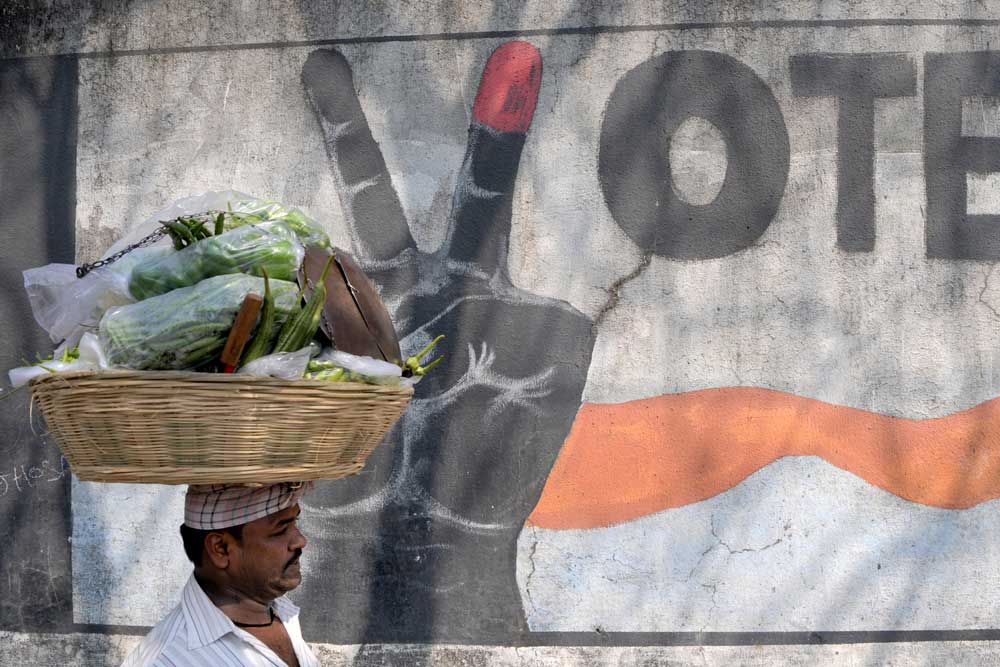 WHEN THE CITY of Mumbai goes to the polls to elect the men and women who will represent them at the municipal ward level, as usual the educated middle-class will be absent. They are seen less in Parliament and Assembly polls, but when it comes to Brihanmumbai Municipal Corporation (BMC) elections , it does not even register in them that this might be the most important vote that they will be casting. But with very good reason. All the choices, or at least those with any winning possibility, are usually from the same murky criminal communal corrupt pool and have been this way for decades.

The municipal corporation should be important because it has a direct relation to one’s immediate quality of life, like the upkeep of roads or supply of drinkable water. And importantly, keeping public land with the public because real estate is like a juicy bone in the DNA of this nation. If Mumbai has over the decades turned into a vast slum, then it is because of the price of its real estate. The more expensive it became, the bigger the incentive to encroach. The BMC facilitated it with great efficiency for a change.

This is what Chief Minister Devendra Fadnavis alludes to when he says that the BJP alliance with the Shiv Sena for the civic polls was called off because the latter didn’t want more transparency. It has been a river of money to the party and why would it turn the tap off? Real estate is the engine that leeches off the BMC. All its corporators are also builders. Fadnavis, however, doesn’t explain what the BJP was up to in the last twenty years when it shared power with the Sena. His party’s corporators did very well. The cut of the few hundred rupees that every slumdweller pays for his illegal water connection is a social redistribution scheme from the poor to the rich. Everyone shares it across all parties.

The solution is simple: privatise the BMC. Sell off all the land and assets it owns, because there is just no way to protect it. Hive off most of the services that it provides because anyone else can do a better job. There are, for example, machines that can fix a pothole in minutes and yet every year there is a tiresome announcement of using them but it never happens because the road repair contractors don’t want them. They too don’t make profits because of the split that goes to government servants, corporators and political parties. Turn the hospitals and schools over to charitable trusts that have a track record of running such institutions. Make BMC into a regulatory body, like SEBI, which does not own a company but ensures that companies stick to the rules. The less the civic corporation has to do, the fewer things it can damage. The fewer assets it owns, that much less the incentive for corrupting it.