On the curious sudden arrest of Dawood Ibrahim’s brother 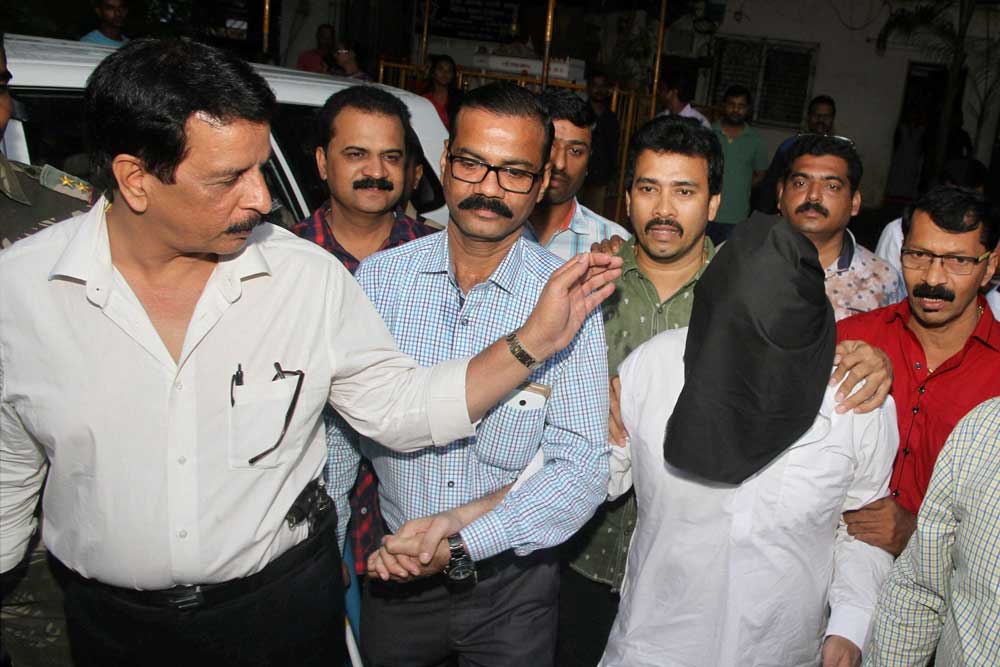 THE UNJUSTNESS OF existence begins with the genes handed down to us. Among the many children of the same father and mother, some will be Dawood Ibrahims and others Iqbal Kaskars. Look at the photo of Kaskar after his arrest this week—overweight, jowly, an over-loose yellow roundneck T-shirt with a giant P on it, style that denotes a man of ordinary taste. Whereas, the images we have of his brother are in jackets and goggles, and with the hard- edged gangster stare. There is no fear in Kaskar’s countenance despite the arrest, just a listlessness; as if this is also one of the weary chores that middle-aged men of the middle-class suffer, like getting on suburban trains at 10 in the morning. His brother is said to have Rs 35,000 crore by one estimate; Kaskar doesn’t look like he ever got close to even a slice of it.

He had been deported from Dubai in 2003 but got acquitted in 2007 to be a free man. And now, a good 10 years later, the police found the courage to again arrest him. In the photo, he is being led holding hands with an equally famous encounter specialist, walking like couples who have been together for so long that any trace of love has given way to habit. What is Kaskar accused of this time? Extortion of builders. Who is this policeman serenading him? Pradeep Sharma, who only rejoined the force last month. In 2008 he was sacked and then reinstated in 2009. He then went to jail in 2010 after being accused in a false encounter case and then got acquitted three years later. A year before his retirement, he was taken back in again. After the Kaskar arrest, the Thane police commissioner was quoted calling Sharma a “weapon” in the fight against the underworld. But to put things into perspective, turn to what Sharma was sacked for in 2008. The answer: links with the underworld. The gangster Chhota Rajan had alleged in a TV interview then that Sharma worked for Dawood.

Some things we can be certain of about the future: Kaskar will spend time as an undertrial but will eventually be acquitted by the court because of no witnesses. That is the way it works in such cases; everyone gets off in the end while the system is seen as having acted. The Mumbai police have always been very good with maintaining order but not so with enforcing the law when it comes to organised crime and that is because it is often a joint venture.

Dawood’s career began in collaboration with the police. They used each other and Dawood turned out to be the smarter of the two in building an empire. His involvement in the Mumbai bomb blasts made him an untouchable in public but even after that, in the mid 1990s when the police started shooting down criminals to curtail crime, a large number of targets were said to be selected by Dawood himself, as an easier way of killing rivals. To believe that any police team can just coolly walk inside a home and arrest his brother is somewhat difficult to swallow. There is usually a larger game at play when it comes to the biggest fish. We just don’t know what it is.