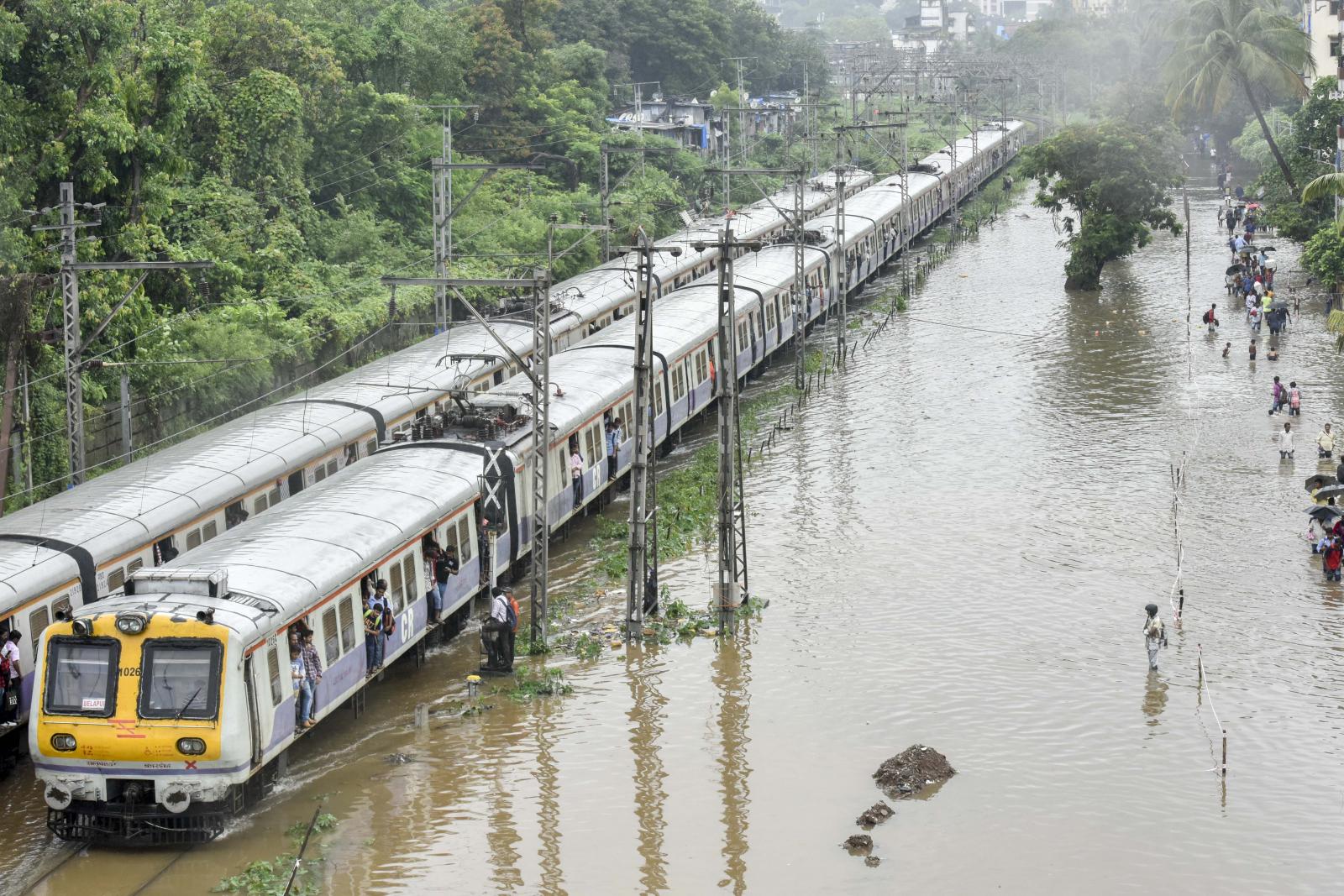 THOSE WHO HAVE stayed in Mumbai long enough know that there have always been torrential days when the city came to a standstill. It is after all a bunch of islands artificially cobbled together and no one tames the sea in perpetuity. Man dominates the elements, but they keep reminding us just how fragile the victory is. Even at our efficient best, nature pulls out an event that overwhelms just about every inch of progress human civilisation has made. What it does might be momentary; tsunamis and earthquakes come and go in minutes, but what they leave behind is a reflection of the society that they have targeted. In an earthquake, third-world countries with crumbling systems lose thousands of lives, while one of the same intensity claims almost none in developed nations. Nature does what it does, averting losses is your responsibility. And so we know that with every passing monsoon, if Mumbai starts imploding under the briefest of heavy spells, then it has no one else to blame but itself.

The rains of this week weren’t a cloudburst of the scale that happened in 2005. That was an event no city in the world could have handled. But a very heavy downpour over a few days is a given during the monsoon. It is the minimum that a city must be expected to negotiate. What happened, however, was all too predictable: roads and tracks flooded, transportation breakdowns, schools closed, office-goers stranded, deaths and so on. A few days later, it is as if nothing had happened. But something did. Only, expectations have gone so low that this is one more addition to the many blind spots the city bequeaths you.

You could argue that this is a stage that societies, until they become fully developed, have to go through. Money will ultimately be the solution, and we will eventually get there. That might be true—if only we didn’t see that the result of phenomenal amounts put into infrastructure over the past two decades has been regress. Right now, there is a Metro network being created that should be operational in a few years. The state’s Chief Minister promises a one-hour journey or less from any point to point in Mumbai. If gambling gets legalised, you could make some money by betting against it. A decade-and-a-half ago, when a slew of flyovers were constructed, the promise was similar. Nothing changed.

Metro tracks are being laid right over highways and the work has already made road transport impossible on ordinary days. Travel takes three to four hours for a distance of just 30 km. That a major mode of transport has been switched off for years seems to be of no consequence. When rains wreaked havoc this week, Metro work was likely a compounding factor.

If Newton were to make a fourth law for Mumbai, it would be: any attempt at improvement will itself be a cause of diminishment. Every monsoon, signs of Mumbai’s terminal decline stage a reappearance, adding a few new touches just to make the message unambiguous.