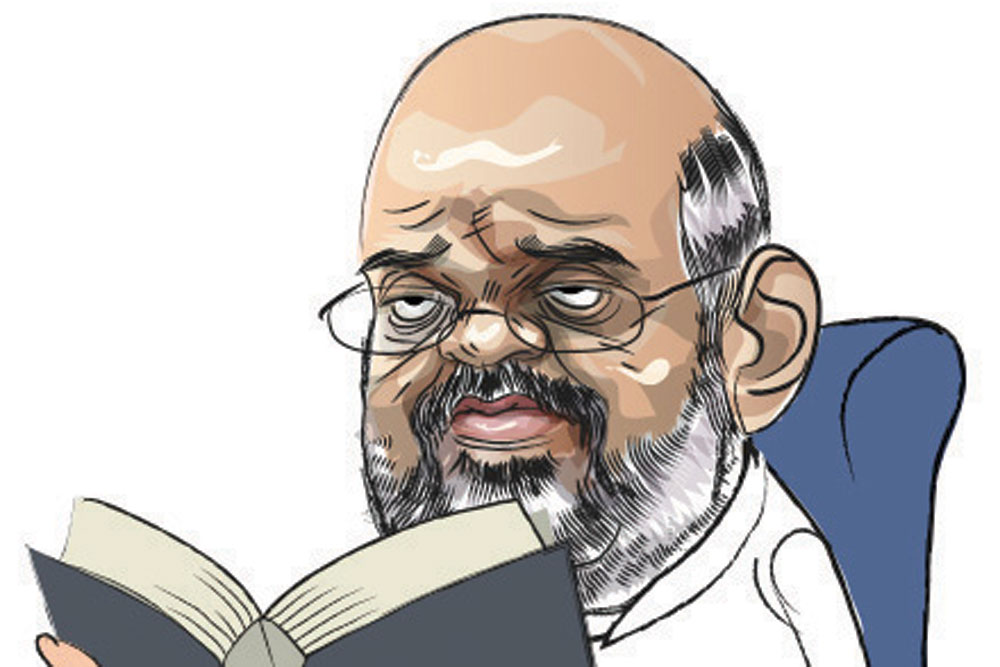 
As he himself said, the forced leisure after being stricken by Covid seems to have made an impact on Union Home Minister Amit Shah. After a long gap, he gave interviews to two television channels. In both, he was not as aggressive as he used to be. From Kashmir to the Citizenship Amendment Act, he sounded mellower, portraying more a responsible minister than a hawkish BJP leader. What did Shah do in his forced leisure? He read several books on history and a biography of Vallabhbhai Patel. He did not go to Bihar for the election campaign and also cancelled a Kolkata rally. He is taking his time to come out in his new avatar.

In the Bihar Assembly election, BJP campaign posters are dominated by photos of Narendra Modi. What they don’t feature are pictures of Chief Minister Nitish Kumar. The BJP thinks anti-incumbency against Nitish is high. While the BJP keeps reaffirming that he would be the chief minister no matter what, the party’s internal assessment is that the public mood has turned against its ally. But it hasn’t affected the BJP. 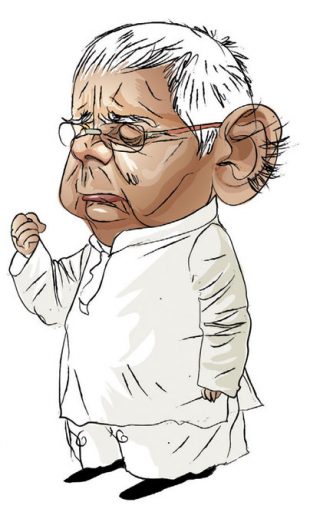 Rashtriya Janata Dal (RJD) chief Lalu Prasad is practically absent from the Bihar polls this time. But also for the first time, the infighting in his family is settled. His son Tejashwi Yadav is the unanimous face of the party. Tejashwi has maintained a good relationship with the old guard, those close to his father in the party. They have all been given tickets. He needs the party united with the battle for Bihar being seen as Nitish Kumar versus Tejashwi. His public attacks are not directed at Narendra Modi. The RJD says the reason is that it is an Assembly election. But is it also because father and son are worried about the corruption cases—against Lalu and even daughter Misa—and the involvement of the Enforcement Directorate and the Central Bureau of Investigation?

Tripura Chief Minister Biplab Kumar Deb is in trouble with several MLAs of his party, the BJP, demanding his ouster. Although it is a small state, for the BJP central leadership, it is an important one. The dissidents are complaining that the Chief Minister has not expanded his cabinet in the last two-and-a-half years. Deb himself is in charge of several ministries, including home and health. In this political situation, CPM leader and former Chief Minister Manik Sarkar has become active again and is trying to regain lost ground. Narendra Modi and Amit Shah want to repair the faultlines. Deb’s first task would be a proper cabinet expansion and a reshuffle.

Pakistan’s acting high commissioner in India, Syed Haider Shah, has got a new posting—as ambassador to Nepal. Islamabad had asked him to join immediately. Since there was no direct flight from Delhi because of the pandemic restrictions, Shah took permission from the Union Government to travel by road. He went to the Wagah border in 15 hours and then headed for Lahore and Islamabad—about 12 hours more. He stayed in Pakistan for a few days and then reached Kathmandu by air via Dubai.

In the Rajya Sabha election from Uttar Pradesh, Bahujan Samaj Party (BSP) leader Mayawati’s candidate is Ramji Gautam, the party’s national coordinator. But he can’t win with only the BSP’s strength. Mayawati is said to be wooing the BJP for this extra seat. In 2019, the BSP and the Samajwadi Party had supported one candidate. Then it was a political message against the BJP. If she manages to get BJP support now, it could open up the possibility of a BSP-BJP alliance for the next UP elections.

Jay Panda left the Biju Janata Dal (BJD) long ago and is now a BJP spokesperson. It is curious that there seems to be a sudden move now to target him. A citizen’s group recently went to court and then held a press conference at the Delhi Press Club accusing Panda of having money in shell companies overseas. At the press conference, they asked for investigations to be rushed. Some say BJD head and Odisha Chief Minister Naveen Patnaik is still upset with Panda and that his close associates are behind the move. Some lower-rung BJP leaders in Odisha are also said to be involved.

West Bengal Chief Minister Mamata Banerjee sent a saree, lots of sweets and a personal note to Bangladesh Prime Minister Sheikh Hasina before Durga Puja. Their relationship goes long back but it assumes significance now with Dhaka granting export clearance for the hilsa fish, which Bengalis love. After all, the state elections are due next year. Hasina too sent sweets and a saree in reciprocation.

A man who is ruing his political fate is former senior Congress leader from Amethi, Sanjay Singh, who had switched to the BJP. He did not get a Rajya Sabha nomination as anticipated. Former Prime Minister Chandra Shekhar’s son Niraj Shekhar got the ticket. Chief Minister Yogi Adityanath was said to be against Singh because his image is not good in the state.