A View from the Elite Ghettos

The loneliness of the Indian foreign correspondent 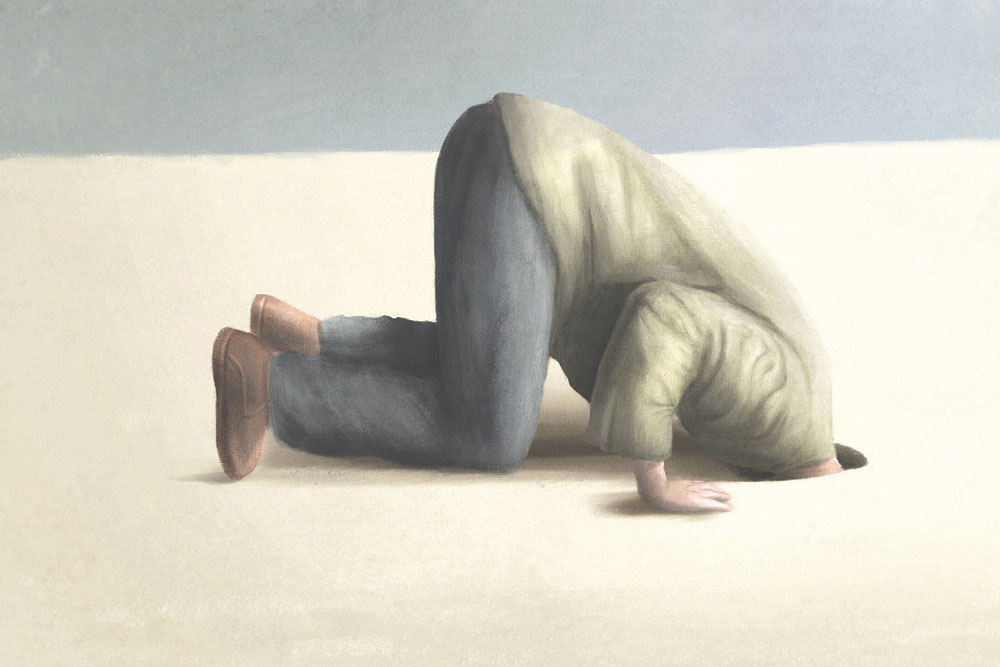 
THE JOB OF the Indian foreign correspondent is a lonely one. Over the last two decades I have reported from Beijing, Brussels, Jakarta and Tokyo. In the latter three cities, I was the only Indian journalist in town. In China, I was one among three.

The reason for this solitary state of affairs is complex. Travel, research and reportage in foreign lands need the kind of financial commitment that Indian media organisations either lack or lack the appetite for. Even as the Indian state struts and frets its hour upon the global stage full of sound and fury, most Indians remain deeply parochial. Foreign news in India must contend with outsized competition from Bollywood, cricket, and domestic electoral machinations.

All of which goes some way in explaining why the wide-eyed questions I get from my compatriots about other countries leave me with the impression that they believe themselves to be nationals of the New York Times, rather than India. Their implicit norm, when it comes to analysing the foreign, is bewilderingly disconnected from their Indian quotidian. Let me explain with a few examples.

On visits back to Delhi during the years I was reporting from China in the run-up to the 2008 Beijing Olympic Games, I was confounded by the schadenfreude I encountered regarding air pollution. At social gatherings, it was common for random acquaintances to delightedly commiserate with me about having to put up with the Chinese capital’s terrible air.

“It’s so bad there, no? People even have to wear masks outside! Tch! Tch!”

“Oh, the poor kids! Imagine having air purifiers in the classroom. So sad.”

Once my older son was born, I was even asked if I’d consider moving back home out of concern for my baby’s health. “Because Delhi’s air is so salubrious?” I wanted to reply, but I was aware that this would be sarcasm off a duck’s back. It was as though my interlocutors didn’t breathe or just look outside their windows.

They must have, but the New York Times had not cottoned on to India’s air pollution problem yet, while Beijing had become the international poster boy for bad air. Consequently, this was how the Indians I spoke to perceived the world to be. China was associated with the environmental degradation that the Western media framed their stories about it around, while India’s own air catastrophe had to wait for external acknowledgement before it could become visible.

Then came my four-year stint in Tokyo from 2016 on. Japan generates considerable interest in elite Indian circles because of the country’s cultural appeal as a travel destination. Society ladies are in rapture at the thought of sakura in bloom and Japanese whisky has acquired cult status. But one question I was repeatedly asked was about the lowly status of women in Japanese society, accompanied by tut-tutting reminiscent of comments about Beijing’s air a decade earlier.

My interlocutors, you see, were all up-to-date with the World Economic Forum’s annual Global Gender Gap Report, in which Japan regularly places below other advanced economies. Hence, the seeming absurdity of Indians feeling bad for Japanese women.

Yes, India had had a woman prime minister. Yes, some of India’s top executives and entrepreneurs were women. But the fact is, unlike in most Indian cities, women in Japan could usually go out for a walk.

In Japan, women inhabited public spaces with confidence. They dressed as they liked. They drank what they liked. They tended to be more sexually liberated than the global norm. Even the idea that Japanese women stayed at home, unwelcome by the workforce, needed to be tempered. In fact, over 76 per cent of Japan’s adult women work outside the home (albeit often in part-time or lower paid jobs). The equivalent figure for India is an abysmal 20 per cent and declining.

How does one make sense of this phenomenon? To begin with, many of these reactions are characteristic of the rarefied demographic that already lives in a nation-within-a-nation, cocooned from the larger geographical entity they inhabit by class, caste and access to the New York Times.

It’s ironic that in cities like New York and London, Indian immigrants cluster to form Little Indias, while in India itself, elite Indians clump to create Little New Yorks/Londons. These latter ghettos aren’t populated by immigrants but by locals who act like expats. People whose worldviews and sense of norms suffer from spatiotemporal dysmorphia. Their physical bodies are in India, but they understand the wider world from the vantage point of the English-speaking capitals of the West.


Indians learn little about foreign countries and whatever slips into their consciousness is mainly through the work of western journalists. They develop little true interest in the world beyond. That lack of interest is then used by Indian media editors to give short shrift to international coverage

But another reason beyond the reality distorting lenses of privilege is the egregious lack of Indian foreign correspondents. And so, we return to the beginning of this column. An Indian and a ‘Westerner’ in a third country often interpret the same facts in completely different ways.

The traffic in Beijing for someone from Delhi, for example, comes across as remarkably orderly. For someone from Germany, on the other hand, it is remarkably chaotic. Same ‘fact’, but polar opposite observations. Clearly, for Indians to learn about the world through Western lenses is to get a cockeyed, partial sense of it.

Moreover, foreign correspondents don’t just inform their audience about other parts of the world, but in doing so they also hold up a mirror to their home nations, as provocations for thought and action.

Just as travel abroad has the counterintuitive effect of helping travellers wake up to themselves—of seeing themselves more clearly because of the comparative framework they now have—so the work of a foreign correspondent assists at a more general, nationwide level, to help a country both understand itself better, as well as its place within the wider context.

But in India, it’s a Catch-22 situation. Indians learn little about foreign countries and whatever slips into their consciousness is mainly through the work of Western journalists. Understandably, they develop little true interest in the world beyond. But that lack of interest is then used as justification by Indian media editors to give short shrift to international coverage, which in its turn feeds that indifference, closing the unfortunate loop.

A current example of the consequences of this lacuna is the ongoing Russian war against Ukraine. For India, it throws up a range of strategic and ideological dilemmas that require serious thinking through. What kind of an actor does India want to be on the global stage? What does India’s reaction to the war say about its sense of self? What water does its vaunted principle of national sovereignty and non-interference in the sovereign affairs of other countries hold in the face of the unwillingness to condemn a blatant violation of that principle?

There is more than one possible answer to these questions. But the lack of a broad public discourse on them is glaring. Until the actual tanks started rolling into Ukraine, the Indian media was fixated on whether girls in hijabs could attend school. In the meantime, events were fundamentally reshaping the global strategic landscape and India’s place in it.

The loneliness of the Indian foreign correspondent has real consequences. Should it persist, Indians will remain a nation of underprepared and uninformed navel gazers, with a warped lens on the world.