A Routine for Uncertain Times

We too fought a World War, albeit without weapons 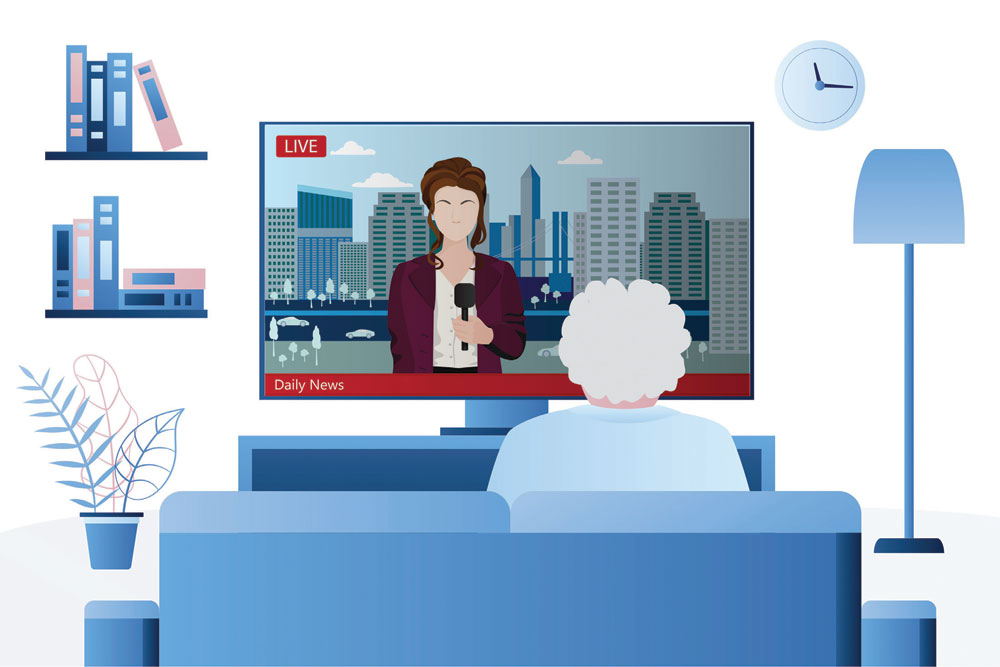 
April 1st: The usual folks refer to it as Fools’ Day but for some serious-minded people like me, it is also the day when the Central Bureau of Investigation (CBI) in India was founded (or raised, as they say)—so the day has some significance and making fun would be at your own peril. I started the day by paying a silent ode to the CBI and all the wonderful work they’ve done. I prayed for their inner peace so that we no longer have to have the top man and his deputy involved in a public spat. I then prayed for the Congress party because it seemed a natural fit that those blokes would also be founded on Fools’ Day and by the time I’d finished expressing solidarity and praying like mad, it was time for dinner. I also then vowed to spend more time with my mother and wife and decided that April 1st would be the last day that I would keep an official record of, when in quarantine.

April 2nd: So I have changed my mind (a little bit like the rulers who rule us today). I have decided to keep a record of this lockdown so that when I have grandchildren, they will know, we too fought a World War, albeit without weapons but with a lot more emotional ammunition when Mr Modi locked us down. Except in this war, like any with one’s spouse, all you get are bruises and no medals. Today was no more special than the past several days have been. I began making my daily call to both the milkman and the local grocer: they have now attained emergency call status on my iPhone. As has the dog walker and the fumigator: today was equally special because I finally got the sizing for the garbage bin liners right and discovered, like cauliflower, they too are packed by weight and not by pieces. I have so much to thank the Prime Minister for, for making us aware of our surroundings like never before. I also began counting the number of flowers on the jacaranda tree right below my balcony just so the mind was without fear and the head held high, as Tagore would have wanted us.

April 3rd: The Friday that seemed like a Monday or a Tuesday or like any goddamn day. I was informed over WhatsApp about a balcony party that was going to be held in the complex where we live: it meant you had to come out onto the balcony and then play some wretched music: I saw people from humble beginnings trying to play Wagner and cringed. People who were more at home with Daler Mehndi were suddenly listening to Strauss’ Blue Danube. If you ever asked them about the Danube, more likely than not, they would confuse it with a recently launched gin. I also got to know, thanks to Twitter, that we were going to be regaled by a video that the Prime Minister had recorded for a grateful nation which would be played for us hapless folks at 9AM: I showered and waited for death but all he wanted us to do this time was to light nine candles at 9PM on April 5th, Sunday.

April 4th: Saturdays are special in our home. They always have been. It is the day before Sabbath and there is a lethargy that creeps in, and with good measure, but this was a hectic Saturday. I made nine calls at 9.09AM to nine people asking for nine candles and got diddly jack. Many people asked me to use my iPhone torch light and wave my right hand nine times: both as a tribute to the PM’s exhortation as also to give my wrists some much needed movement post-marriage. But I was panic-stricken—how could I not do my national duty by lighting nine candles because by then even Bappi Lahiri had confirmed that the stars would align, blindsided by 1.3 billion jokers lighting candles, and that they might send the virus back to Xi Jinping. I finally managed to procure nine candles at a whopping 999 per cent marked up price: they almost cost the same as a mid-sized Indian wedding with ugly people.

April 5th: This was the big day. But then thieves aren’t deterred by lockdowns and when you have the kind of neighbours I do, you don’t have to look far. I mean how quickly will an arms dealer change his spots? Upon waking up on that lousy Sunday morning, I discovered the candles had been stolen. But not just the candles: they took away that Godrej safe too, which had some memorabilia that had I stored for aeons—like hair-clips and lip-stained kerchiefs, and so on. I was aghast that someone would do this to me and that too on a day that was seemingly auspicious. Then came the appointed hour—my phone battery had died; the candles had been stolen; there were no diyas in this rather agnostic home. So I did the best thing a man can do. I sauntered onto the balcony at 8.58PM and lit my cigarette upon which my wife lit into me. The rest, as they say, is in the dark recesses of my mind and bears (or deserves) no mention in these sacrosanct pages of my life. 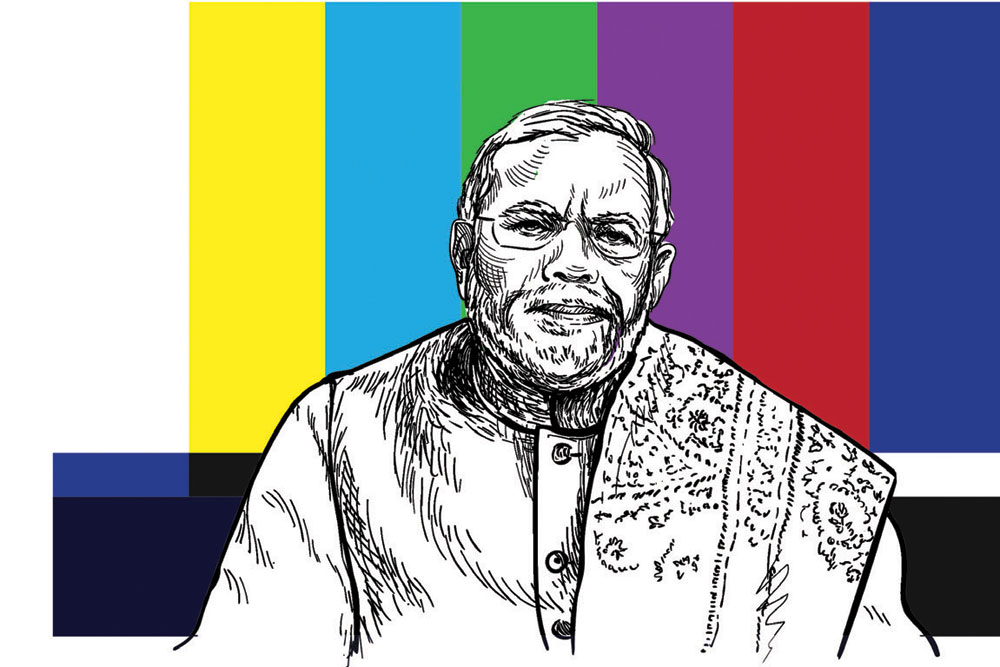 April 6th-10th: The same drudgery and the veritable counting of days to the lockdown being lifted but then Modi is a hard man to please. No pun intended. Every day was the same: we had the same meals; saw the same faces; even watched different episodes of the same darn serial. We all hoped for some succour when the man came again on television but as usual, we were let down. Anchors lost their breath telling us what the Big Man was (or is) thinking: they didn’t realise he is the kind of bloke who trusts no one and is so inconsistent that he might make the British weather seem like kindergarten. And consistent. Then came the announcement that he would have a video conference with chief ministers, but by then everyone was predictably pessimistic as we are with rulers.

April 11th: The man sat down to address the chief ministers. Anchors went berserk complimenting the Big Man on his sartorial elegance. Khadi experts were called in to discuss the fabric of HIS mask. The fashion fraternity pitched in with an online ramp show of masks and how they could (or should) be worn and on which body parts. Baba Ramdev started a MaskYoga course wherein you take someone’s used mask and then hold your breath—as if you had a choice, and so on. We had economists commenting on what would happen to the economy post the PM’s confabulations and then it dawned on all of us. If things went well, the Big Man would take the credit. If things went south, the CMs would have egg on their face or given the vegetarian outlook of this Government, perhaps soggy khandvi on their mugs.

April 12th: I woke up as usual at 5AM to align myself with the PM’s waking habit hoping I would be privy to some breaking news about the lockdown but alas, nothing. I did my usual chores—counting the number of jacaranda flowers; memorising the garbage bin liner sizes and listening to my mother recount anecdotes of my bad behaviour to an already irate wife. Even jumping off the balcony would be more fun but then I am waiting for Modi to instruct me to do so and I will happily oblige. Till then, we wait…

April 13th: Yet another Monday, which felt like any other damn day. Nothing to do except for my arduous walk on my balcony and stare at the peacocks and a few monkeys happily walking in the gardens whereas we’ve been trapped, thanks to those bat-eating Chinese. Such is life. I was hoping for the Prime Minister to come on television and give us some more bad news but then was told he wouldn’t be addressing the nation today. I picked up Chintan Chandrachud’s book The Cases That India Forgot and read all morning. It is a book that I would recommend to anyone who understands what is so dramatically wrong with India’s justice system though you don’t need to read a book to get that—just take a look at some of the lawyers and judges bouncing around and you will know what I mean! By the time the day ended, we were told the Prime Minister would be addressing the nation at 10AM the following day, April 14th. The remarkable thing about Modi is he chooses happy days to make terrible announcements, and true to his character, he didn’t disappoint.

April 14th: Woke up with even greater trepidation and more fear because Narendra Modi was coming on the telly at 10AM. Finished my walk; requested the chef to serve me some mutton seekh kababs for breakfast and sat down before the TV like millions of other Indians to hear yet another bombastic speech which would result in pretty much nothing but more bad news. And there he was. A 24-minute speech telling us what all we should do. Not a word about what he was going to do. No financial package but thankfully no balcony fiestas were suggested either. The remarkable thing about Narendra Modi is while he keeps describing himself as the Prime Servant of the People, it’s we who have to do the heavy lifting and be all nationalistic while he just bellows out a set of instructions for us to follow. John F Kennedy must be happy in his grave. 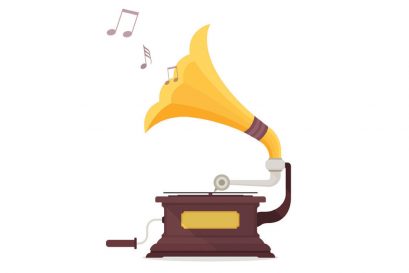 April 15th-19th: Lockdowns are pretty blasé about calling in the weekend earlier than scheduled, which is what I did. My weekend thus began on Wednesday, April 15th, and continued till Sunday, April 19th—from April 20th, we are hopefully going to see more relaxation in the lockdown—so let’s see what will truly happen. Going by Modi’s track record, he might set us free only to be back home by 6PM every evening. I feel India is quickly moving from a Namo State to a Nanny State.

April 20th: Yet another Monday but no different from the others. Lockdown mania has converted me into a chef. I baked some cheese soufflés, and then promptly Instagrammed them only to make some of my friends deeply envious and manically hungry. It had no effect because I had to compete with biryani and other rustic dishes. But then, this too shall pass.

April 21st: Time for me to submit these diaries to the Editor of Open, a kind man who always throws challenges your way, lockdown or no lockdown. I hope flattery will ensure this piece is not edited.

All I can say is these are uncertain times. Do what your parents always told you to do. Wash your hands. Wet your ears. And wipe yourself post-potty, and all will be fine. Even the wife agrees with this.