For the first time, the BJP is on the cusp of creating history in West Bengal 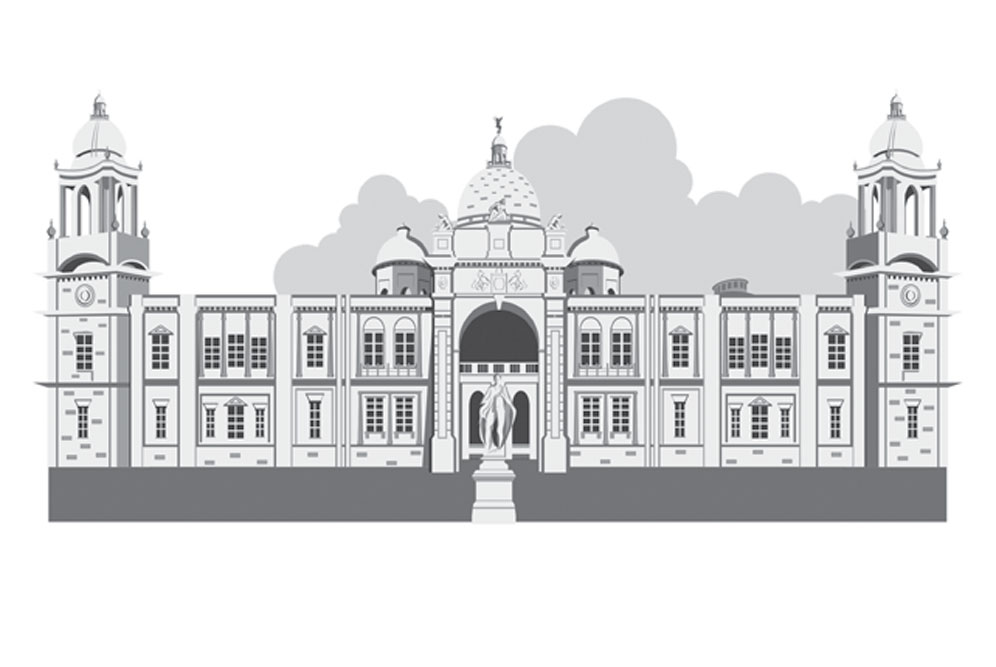 THE HEADQUARTERS OF a political party in the election season is often a good benchmark of the prevailing mood. Ever since the West Bengal Bharatiya Janata Party (BJP) slowly expanded its facilities at its election office in Kolkata’s Hastings—in a lane with the quaint and unlikely name of St George’s Gate, just a stone’s throw from where Warren Hastings’ tormentor Maharaja Nandakumar (or Nuncoomar, if you prefer the way the English then spelt it) was hanged—the area has been bustling with activity. In the old days, when the party was a fringe player in the state, the party headquarters was far more modest—an old building in a tiny lane on the rear side of the Calcutta Medical College. Even the visitors were markedly different. Earlier, the average worker from the districts usually travelled by train from either Howrah or Sealdah and lacked any flash. Today, most of them step out of SUVs that also operate as improvised mobile offices.

The stakes are much higher today. In the old days, there were few takers for a BJP ticket and the high point of excitement was when the office hosted a Central leader who had been despatched by Delhi to bolster the morale of a poor cousin. For many BJP activists who had kept the flag flying in difficult circumstances, the important thing was not to win—only a handful ever scaled such heights—but to secure the nomination. If a party nominee managed to save his security deposit, it was counted as a phenomenal success. Under the circumstances, it undoubtedly was.

Today, for the first time since Syama Prasad Mookerjee established the Bharatiya Jana Sangh in 1951, the saffron party is no longer fighting to popularise its election symbol. It is fighting to win and take control of Nabanna, the new headquarters of the West Bengal government, just across the Vidyasagar Setu over the Hooghly river. The state BJP had always basked in the reflected glory of the all-India party. Now, for the first time, it is on the cusp of possibly creating history. Even the party’s worst detractors concede that West Bengal could witness a dramatic political transformation.

West Bengal has a history of political parties that outgrew their modest beginnings. The CPM headquarters on Alimuddin Street, off the car parts market in Mullick Bazar in central Kolkata, witnessed a steady expansion and got upgraded during the three-decade rule of the Left Front. From makeshift offices in south Kolkata, the party headed by Mamata Banerjee boasts a Trinamool Bhavan, just off the Eastern Bypass. As for Congress, it has been a reverse journey. The old Congress Bhavan, where the likes of Atulya Ghosh and the young Siddhartha Shankar Ray once held court, is now a distant memory. It has given way to a relatively less haloed office in Wellington Square, not far from the erstwhile residence-cum-chambers of the legendary Dr Bidhan Chandra Roy, chief minister of the state from 1948 to 1962.

The changes are not confined to brick-and-mortar. The biggest change in the state BJP is of people. At an all-India level, BJP is not only large—with an imposing headquarters in Delhi—but is well established. There is an established network of political activists connected with each other through long association and a General Election is normally the occasion for renewal of ties. There is, of course, a small group in Kolkata who invoke memories of earlier elections—ones more marked by human associations than performance. In the main, however, BJP in West Bengal is a relatively new party—its electoral successes date back to 2019 when it won 18 of the 42 Lok Sabha seats from the state. The newness is enhanced by the fact that while the accretion of strength in the localities has been organic, today’s leadership has been created through imports from other parties.

The imports have stretched across ideological boundaries. There are former communists in both the district and state-level leadership, and many of them are well appreciated for their disciplined dedication. More individualistic are those who crossed over from Trinamool Congress. Their main strength lies in their natural orientation towards mass politics—their connect with people and social organisations. But this is often offset by a tendency towards aggressive self-promotion, an attribute that was earlier anathema to a BJP leadership that was self-effacing—a function of the long association with the Rashtriya Swayamsevak Sangh (RSS). For BJP, the political challenge is also in creating a party that has been recently forged by the convergence of different streams. I find this exercise utterly fascinating.