An encounter with the Kafkaesque British visa regime 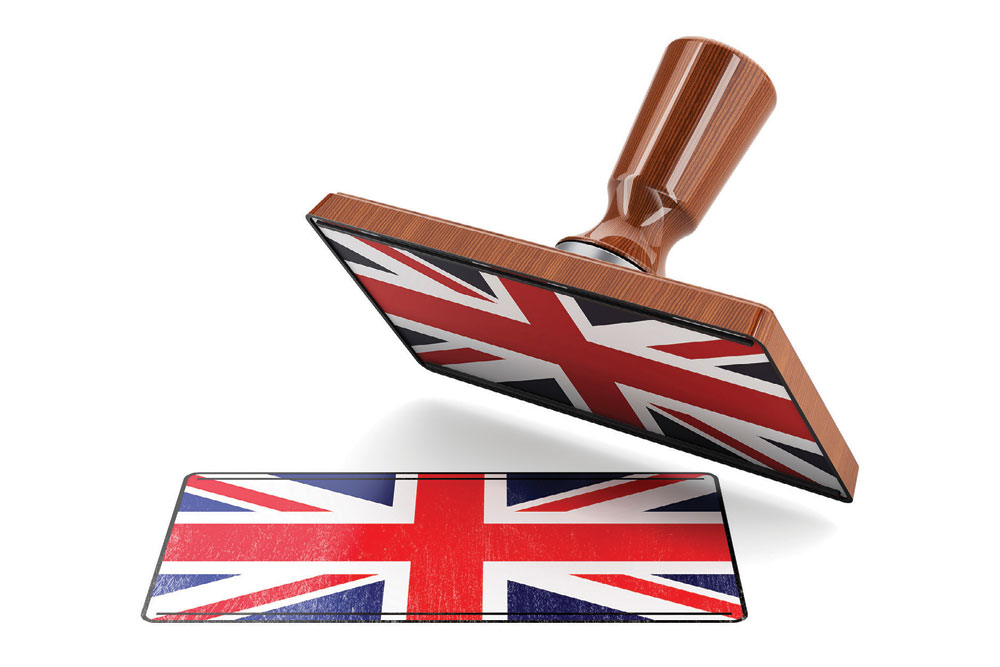 
IF I COLLECTED A PENNY for every time someone in Spain, where I currently live, appeared gobsmacked that I needed a visa to visit the UK, I’d be on my way to the Bahamas for a life of cocktail-lubricated sunsets.

This reaction of surprise, often bewilderment, on the part of Spaniards—“Why do you need a visa for England? Aren’t you Indian?”—isn’t only a case of naiveté, born of rich country privilege and ignorance (although there is a smattering of that, too). It’s because Spain offers visa-free travel for up to three months to all its former colonies in the Americas. This applies not only to relatively prosperous nations like Mexico and Argentina but also to countries like Honduras and Nicaragua, whose per capita incomes are lower than India’s.

And so, for someone from Spain, it’s a logical assumption that another erstwhile colonial power, the UK, would have a similar attitude to its former colonies. And India, after all, was the jewel in the crown of the Raj. And what was Brexit for, if not for Her Majesty’s government to develop closer bonds with the Commonwealth?

Well, dear reader, let me tell you a little of my attempts to attend a literary festival at the British Library in London this summer. I’d been invited to read from my latest book on Japan, Orienting. And to interview politician and writer, Shashi Tharoor, about his latest tome.

I received the invite in April; the event was scheduled for mid-June. So, I set about applying for a visa, feeling lucky that I had plenty of time on hand. Ha, ha! That, dear reader, is the hollow laughter of bitter hindsight.

I spent the next few weeks like Hercules undertaking his labours, except getting a British visa turned out to be harder than slaying any Hydra.

The first step was to fill out some 18-pages worth of an online form that asked me to list every country I had travelled to in the last 10 years, with dates of entry and exit. Given that pre-Covid I’d spent more time in the air than on terra firma, this was a bit like asking me to write an annotated Odyssey. There was also the Iliad of insulting intrusive questions about my salary and bank balance, and the Mahabharata of supporting documents required to back all this up.

A 10-year visa cost £837, a sum I could not easily spare. I decided, therefore, to apply for the cheapest, six-month-long entry permit, figuring it would also be the quickest to get approved.

I arrived at the visa collection centre in Madrid to submit my papers and biometrics to be greeted by signs asking for more money everywhere.

It was like a Tesco supermarket, albeit one that professed total ignorance about its wares.

Emphatic notices abounded stating that the centre, which was a commercial partner of the UK government, knew nothing about the status of applications, so please don’t enquire.

My biometrics were taken, and so was my passport. (You could only keep your passport for an additional £100 fee). I asked when I could come to pick up my visa, expecting to be told to return a week later at a fixed date and time. I got a shrug in response.


Given India’s ‘special’ relationship with the UK, the racism of the visa system is glaring. People from former White colonies like Canada, Australia and New Zealand can prance in and out of the UK as they choose. It is the coloured parts of the empire that are kept out. The Spaniards had habitually intermarried in their former colonies, which perhaps partially explains why they don’t impose visas on visitors from the Americas. But the British had always remained a race apart in India

After waiting 15 days with no response, I finally tracked down an email I could write to, but guess what? I had to pay for a response that took a week in arriving. The reply said there was no information available about my application. I tried calling and was asked to provide credit card details before proceeding, while an automated message warned me that no one would likely have any information about my application. They didn’t.

The UK Visa and Immigration (UKVI) services felt about as extractive as the erstwhile East India Company and about as accountable as well. The excuse, writ on the UKVI website for the delays, was that they were busy prioritising applications from the Ukrainian refugees.

I was fully in support of fast-tracking refugees. But I found it difficult to understand why this should prevent me from attending a two-day literature festival in London. I was a permanent resident of the Schengen region in Europe. I had studied for two university degrees in the UK at Oxford and LSE. I had longstanding relationships, both personal and professional, with people from that country. My photo was up on the British Library website selling tickets for an event it now seemed I wouldn’t be at.

Given India’s ‘special’ relationship with the UK, the racism of the visa system is glaring. People from former white colonies like Canada, Australia and New Zealand can prance in and out of the UK as they choose. It is the coloured parts of the Empire that are kept out.

The Spaniards had habitually intermarried in their former colonies, which perhaps partially explains why they don’t impose visas on visitors from the Americas. But the British had always remained a race apart in India.

Four days before I was due in London, I tweeted about my dilemma, making me somewhat of a cause célèbre for others in a similar position. Over the next few weeks, I was inundated with stories of Indians missing their children’s graduation at university in the UK, or having to waste expensive tickets to football matches, or being unable to take up job offers on time, in the face of the black hole that was the UKVI.

Clearly, what’s missing in the British visa policy is discretion. This is something that even the US displays in granting 10-year visas to Indian applicants it doesn’t deem an immigration risk, without their even having to ask for it, and at no additional cost.

The irony of all this is that British Home Secretary Priti Patel under whom all these visa absurdities played out is of South Asian descent. And this is a point where politicians of ethnic Indian background like Rishi Sunak are being heralded as examples of the UK’s diverse future.

Had the current UKVI regime existed in the 1960s when their parents immigrated to Britain, it’s likely that neither of these august political personages would even have been able to spend a week of summer vacation in the country they are now ruling. Surely, a re-examination of the visa process for non-white members of the Commonwealth is in urgent order.