A Home for the Persecuted 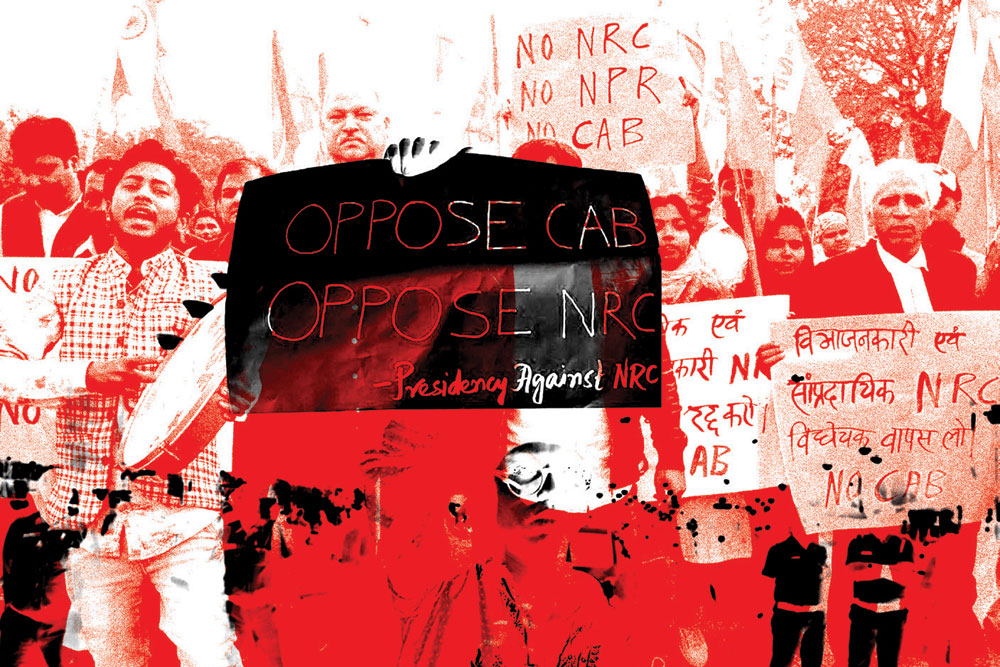 
THE CITIZENSHIP AMENDMENT Bill was passed in the Indian Parliament on December 11th, 2019, with a comfortable majority. On immediately receiving the assent of the President of India, it became law. One reason for its smooth passage was Home Minister Amit Shah’s masterly presentation. It was a command performance, memorable in the annals of Indian law-making. He was able to anticipate and counter objections to the Bill, issuing clarifications in addition that would have dispelled the doubts of even the worst sceptics. Provided, of course, they were non-partisan citizens of the republic. Not political opponents.

No wonder the virulence of the protests against the Citizenship Amendment Act (CAA) have taken many by surprise. Even as I write this, my city is burning. The latest outrages have been in Seelampur, East Delhi. On December 17th, a school bus, several cars and motorcycles were damaged, a police booth torched, stones and brickbats pelted, petty fires set off with tyres, teargas shells fired, acrid smoke released, policemen injured, property destroyed, and normal life paralysed.

What happened? Over 2,000 protestors poured out into the streets in the afternoon, just as school buses were lining up to take children back home. At first, things seemed to be under control, with the demonstrators mostly peaceful. Then, as is usually the case, a smaller group of ‘professionals’, reportedly outsiders, began the insurrection. They attacked the police, set fire to vehicles and instigated the mob. They targeted the school buses, started pelting stones at the police. The situation was soon out of control.

Seelampur, as we know, is notorious for such mob violence. A lower-income Muslim-dominated area, it has a history of such outrages in the past. You can, so to speak, dial a riot there. All for a price, of course. Following the unrest and violence in neighbouring Jamia Millia Islamia, where students were arrested, Seelampur might have already been identified as the next target of the instigators. Why weren’t the police more vigilant or better informed? Obviously, we are not all that good in preventive intelligence gathering.

Let’s go from these unlawful acts to their supposed cause, the CAA.

This landmark law grants relief, right up to Indian citizenship, to those fleeing to India to escape religious persecution in neighbouring countries. We know that many Hindus are harassed, hounded, kidnapped, raped and forcibly converted to Islam in Pakistan to this very day. Not for any other reason but that they are Hindus.

Well, not just Hindus, but former Hindus, who became Christians to escape this very kind of torture and oppression. Like the now internationally famous Asia Bibi. Perhaps, if she were not Christian, her sad plight would not have received so much attention. Hindus, let us face it, still get bad press just for being who they are.

Several thousands of Hindus, runaways from Pakistan, are languishing in camps in Rajasthan, Gujarat and other border states of India. They say that they would rather die than go back to Pakistan. Shouldn’t such Hindus, who have sought refuge in India, be allowed to remain here? Shouldn’t they be absorbed into the mainstream by being granted citizenship? Or should they be condemned to remain stateless and illegal?

What about their children? Should they suffer the same fate as their unfortunate parents? The CAA addresses the problems of such Hindus and affords them relief. Well, not just Hindus, but Sikhs, Buddhists, Christians and Parsis too—if they have faced religious distress and torment in neighbouring countries and have fled to India. Shouldn’t India give them refuge in our time-honoured tradition of religious tolerance and generosity?

Wasn’t India the only country in the world which harboured and honoured the Jews for over 2,000 years? Isn’t it true that India is the only land where they did not face hostility, discrimination, aggravation and violence? Weren’t they free to practise their faith without hindrance or hatred in India?

Didn’t we shelter Zoroastrians when they fled Iran? Why, incidentally, did they leave their homeland? Because of the intolerance of Islam towards other faiths. We must face facts.We must admit, however politically uncomfortable it may make us feel, that Parsis were hounded out of their country for not wanting to convert to the new, aggressive religion which had invaded and destroyed their ancient civilisation.

In more recent times, His Holiness, the 14th Dalai Lama, also sought refuge in India after his country, Tibet, was invaded and occupied by the Communists forces from China on Chairman Mao’s orders. The Dalai Lama today not only enjoys Indian citizenship, but all the privileges of a head of state, including security at the Indian taxpayer’s expense.


Anti-CAA agitations seem to be misinformed if not mischievous. The Act is pro-Non-Muslim religious refugees. Which is very different from being anti-Muslim

There is another persecuted minority, Baha’is. This small sect, which emerged in what was Persia (now Iran) about 150 years back, faced unremitting harassment in that Islamic country. Where did they choose to build their biggest temple in the world? In India. Today, the Lotus Temple in New Delhi, testament to India’s religious hospitality, attracts thousands of visitors daily.

To me, this is the essence of the CAA. It is a welcome amendment.

Now let us come to the major charges and criticisms levelled against it.

First of all, the CAA is not an avenue to grant citizenship to illegal immigrants to India, mostly from Bangladesh, but wherever else they may be from. The CAA provides relief only to those who were forced to flee their country because of religious persecution. Bangladeshi Muslim economic refugees who entered Assam would not qualify. Being from the majority community in their own country and not having faced religious maltreatment, they would not be covered by the CAA.

What about Bangladeshi Hindus? Yes, some of these would be covered. Are the Assamese justified in protesting that their linguistic and ethnic identities will be affected by being forced to absorb Bengali-speaking Hindus from Bangladesh? Perhaps. If so, the state will have to find a way to address their concerns. Perhaps, those seeking citizenship should be encouraged to learn Assamese. Also, it would be rather unfair for one state, or even a group of states, solely to face the brunt of a massive demographic onslaught. The Government has already anticipated some of these concerns by exempting several states in the Northeast and certain sensitive areas within Assam from the CAA.

What about objections in the rest of India on grounds that the CAA is anti-Muslim? As I suggested above, such agitations seem to be misinformed if not mischievous. The Act is pro-non-Muslim religious refugees. Which is very different from being anti-Muslim. As both the Prime Minister Narendra Modi and Home Minister Amit Shah have repeatedly reiterated, no citizen of India will be denied his or her citizenship under the CAA. Its detractors, instead of appreciating the CAA for what it includes, are reading it in terms of what it excludes. This exclusivist reading of the Act is patently unfair.

Now let us come to the excluded. Only Muslim migrants from neighbouring countries will not be able to seek Indian citizenship on grounds of religious persecution.Personally, I am for including them too. Provided religious persecution can be established. It will only prove what we already know: that Islam, despite whatever some of its champions claim, is varied and diverse, with persecuted religious minorities within it. Indeed, it has known sectarian strife and internal oppression from its very early days as an organised religion. Documented cases of such religious violation in Pakistan, as with Ahmadiyyas, would not be without diplomatic or strategic advantages to India.

In retrospect, it would seem that the CAA could have been less sweeping. It could have focused, for instance, only on persecuted Hindus from Pakistan rather than all non-Muslim minorities in our immediate neighbourhood. But now that it includes apparently all communities other than Muslims, what is to stop Indian law-makers from moving to include minorities among the latter too, with sufficient documentary evidence to prove persecution?

But this should not be interpreted as a concession to protestors. It should be seen as the logical extension of India’s tradition of religious tolerance and hospitality.