A Game of Numbers 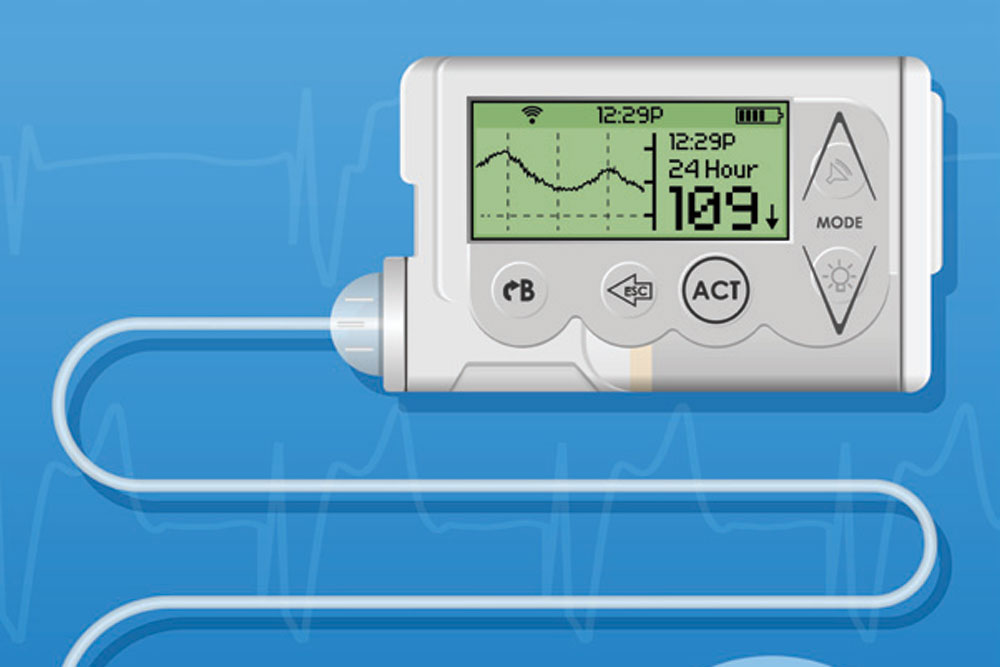 
‘YOUR DIABETES is totally out of control, and your organs will get damaged if you don’t take charge of your health now.’ On hearing these words from me, the 45-year-old gentleman across the table looked at me, initially, with disbelief and then with disdain. Doctors, he probably thought to himself, always create disease where none exists, just to make money off their patients. His diabetes was diagnosed during a health checkup four years ago. He did not have any symptom. Since diagnosis, he was taking one pill daily for diabetes and rarely tested his blood sugar level. He felt fine. To make him understand the consequences of uncontrolled diabetes was a challenge—a challenge I face every day.

If we have to protect ourselves from the serious consequences of diabetes, we have to keep the blood glucose level in check, regardless of how we feel. While we treat the patient as a whole, based on their symptoms and complaints, a major part of diabetes treatment is based on achieving numerical targets. So, diabetes management is, for the large part, a game of numbers.

There have been three defining changes in the ways of assessment of sugar control in use at present. The first was the advent, in the 1980s, of finger-prick blood glucose testing. This quickly became popular as it allowed patients to determine their blood glucose at any time, any number of times. It is especially useful in confirming hypoglycaemia (low blood sugar) attacks. There has been progressive increase in the accuracy and ease of testing devices, but they are far from perfect—deviations in the range of 10 per cent are common. Results are best when the manufacturers’ protocol is followed strictly, including washing hands before pricking your fingers. The frequency of monitoring may vary from weekly or even more infrequently in mild, newly diagnosed type 2 diabetes to seven-eight times a day during pregnancy. Latest software allows devices to store past readings and generate tables and charts to reveal trends. The readings can also be transferred to a smartphone. Research is on to make testing pricking-free.

The second major advance was the development of a test called HbA1c, or glycosylated haemoglobin, a measure of the haemoglobin in our blood to which glucose is attached. Usually, less than 5.7 per cent haemoglobin has glucose attached to it. If the glucose level is high, more glucose will stick to it, resulting in an HbA1c level of 6.5 per cent or more, which confirms the diagnosis of diabetes. HbA1c reflects the average blood glucose over the last three months. Hba1c has become the standard of assessing diabetes control and correlates best with complications. However, at times HbA1c may not accurately reflect the average sugar level. This happens when the life span of red blood cells changes. A good example is anaemia, where these cells might have shorter lifespans and, thus, lower HbA1c levels. Iron-deficiency anaemia, on the other hand, can falsely elevate the reading. Chronic kidney or liver disease or genetically different haemoglobin can also affect HbA1c. Point-of-care HbA1c testing, using finger-pricking, gives the readings in a few minutes and is becoming increasingly popular.

The most recent advance in this field relates to techniques that monitor sugar levels continuously, similar to how the Holter technique records the ECG throughout the day.

Continuous monitoring techniques involve attaching a tiny sensor to the skin with either one or more tiny needles that project beneath the skin. The needles are so tiny that they may not be noticed by the patient at all and attaching a sensor is painless. These measure the interstitial fluid (fluid between the cells, as opposed to blood) glucose several hundred times a day.

Readings are converted into graphs that can be read either on a computer or a small handheld device. You or your doctor can assess overall fluctuations—something that the HbA1c test cannot detect. Typically, the sensor needs to be replaced every one-two weeks. There are two types of systems currently in use. In one the readings have to be downloaded in a professional setting, so you have to go the doctor to read the graphs. This variety has become exceedingly popular in clinical practice because of its ease of use and relatively low cost. In the other variety you can see the readings immediately. You can also set alarms to warn you when there is a declining trend and likelihood of hypoglycaemia. According to recent research presented at the European diabetes meeting in Barcelona, the overall variation in blood sugar levels is an important
determinant of long-term care and ‘time spent in target range’ might be an important measure of sugar control.

This is an area where exciting developments are taking place, which we will discuss in subsequent columns.