Will the Covid-19 migrant misery bring back the working-class hero? 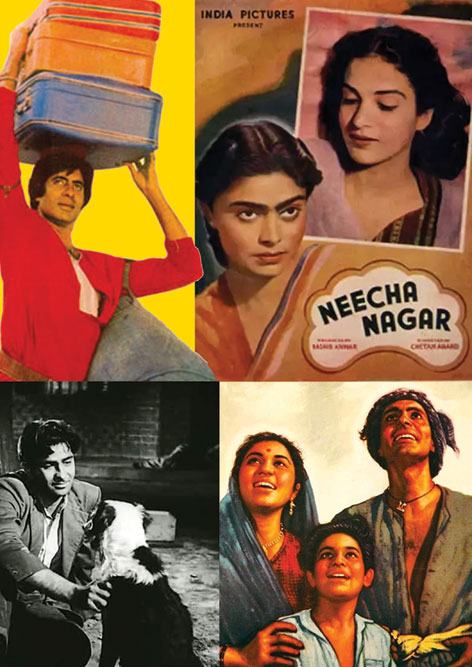 
ONE OF THE unexpected fallouts of the Covid-19 pandemic is the return of labour to the national imaginary. After the first wave of liberalisation in 1991-1992, the gradual eclipse of the working class from mainstream national discourse followed as a matter of course. As also the virtual disappearance of the poor from our mindset.

Instead, we glutted on eye-catching conspicuous consumption, endorsed by celebrity brand ambassadors blazoning multiple modes of self-pleasuring. Why not? Everyone wanted to enjoy the rewards of the good life. Those who could afford to, flaunted it. The rest copied them or, if that wasn’t possible, envied them. For an economy fuelled by the heightened high-living of the few, the vast multitudes of the less fortunate but aspirational hopefuls were the sine qua non.

Gone were the days when the noble peasant in faraway, idealised villages and the gritty, if grimy, urban worker were heroes in our mainstream movies. That is why, along with the usual fare of historical fantasies and hackneyed love stories, an important substratum of Indian cinema depicted heroic working-class protagonists battling evil landlords and industrialists.

Going way back to Neecha Nagar (1946, directed by Chetan Anand), just before Independence, right up to the blockbuster that perhaps featured the last of the truly great working-class heroes, Coolie (1983, Manmohan Desai), there is an impressive list of films that have depicted the struggles of the Indian proletariat. A partial rollcall of honour might include Aawara (1951, Raj Kapoor), Do Bigha Zamin (1953, Bimal Roy), Shree 420 (1955, Raj Kapoor), Jagte Raho (1956, Amit Maitra and Sombhu Mitra) and Naya Daur (1957, BR Chopra) in the first decade after Independence. Later notables might include Namak Haraam (1973), Deewar (1973), Kaala Patthar (1979) and Mazdoor (1983).

Going back to the earliest of these classics, Neecha Nagar was a pioneering neo-realist effort. It has the distinction of being not only Chetan Anand’s debut film as director, but also the only Indian film ever to win the Grand Prix du Festival (best film) award. What is more, it won at the very first Cannes Film Festival, which also started in 1946. It is another matter that it shared the prize with 11 of the 18 other contestants. The film bore the typical stamp of the Indian Progressive Writers’ Movement. Financed by the Indian People’s Theatre Association (IPTA), it was scripted by Khwaja Ahmad Abbas and inspired by Maxim Gorky’s famous play Lower Depths. The star cast included ‘progressive’ pioneers like Zohra Sehgal and Kamini Kaushal and its music was scored by none other than Ravi Shankar.

The film centres on a conflict between a rich landlord named, rather obviously, ‘Sarkar’. From his hilltop mansion Sarkar lords it over his slaving bondsmen who, naturally, inhabit the ‘neecha nagar’ down below. Worse, Sarkar’s stinking sewage flows down straight into the village. Sarkar also uses up all the water leaving nothing for his thirty and starving serfs. Why would Sarkar do that? He wants to drive out the villagers to set up a huge construction project on their land. So now we know where this recurrent trope in Bollywood originates.

The anti-capitalist prejudice of the film should be quite clear by now. But, closer to our times, the effluent waste that Sarkar dumps on ‘neecha nagar’ causes an epidemic. People begin to fall sick left and right. There is a telling scene, much before Slumdog Millionaire, when a destitute child bends down to drink water from a drain. He hesitates a moment, recoiling from the filth, then swills it up anyway.The film, with its socialist critique of class disparity, also has some revolutionary songs and slogans. Though it scored at Cannes, unfortunately it was never released commercially.


Films such as Neecha Nagar with their obvious and overt social messaging formed the moral spine of Bollywood. Ideological posturing aside, emotion is the all-important ingredient. No one, after all, believes that the poor will find justice. So instead of revolution, we are often served tears

Picturised in a narrative mode that, for lack of better words, may be described as a combination of social realism and melodrama, such films with their obvious and overt social messaging formed the moral spine of Bollywood. Ideological posturing aside, emotion is the all-important ingredient. No one, after all, believes that the poor will find justice. So instead of revolution, we are often served tears.

In Do Bigha Zamin, one of the saddest of these films, the impoverished peasant, Shambhu (Balraj Sahani), not only loses his two bits of land, but ends up being a rickshaw puller in the big, evil city. There, after a series of improbable coincidences, he is reunited with this wife (Nirupama Roy) after she is runover by a rich man’s car. His son, forced into delinquency and pickpocketing, tears up the stolen currency notes that would have paid his mother’s hospital expenses. In the end, the three return to their village only to find a big, black-fume-spewing mill set up by the rich landlord on their land. When the displaced peasant-cum-urban wage earner reaches through the barbed-wire fence to pick up a fistful of soil from what was his own field once, he is beaten back by the guard. We are moved to tears. Without bringing tears to our eyes, even Coolie would have been better remembered for Amitabh Bachchan’s life-threatening accident, than its dubious content.

Raja Hindustani (1996, Dharmesh Darshan), possibly the last, arguably the most unremarkable working-class film, was also the most successful. It not only garnered huge amounts of money but also an unexpected cache of awards. Aamir Khan playing the taxi driver, Raja, falls in love with—who else?—a rich girl played by Karishma Kapoor. The film won seven Screen and five Filmfare awards, including Best Film, Best Actor (Aamir Khan), Best Actress (Karishma Kapoor), Best Music Director (Nadeem-Shravan) and Best Male Playback Singer (Udit Narayan). What is more, it was the highest grossing film of the year. Made on a modest budget of Rs 5.6 crore, it raked in over Rs 87 crore worldwide, equivalent to about Rs 400 crore in today’s terms.

Most of the film’s emotionally wringing scenes derived from a series of impossible misunderstandings. Class conflict was relegated to the background. The glamourous 22-year-old Karishma shone as the artless, heart-of-gold princess married to the improvident taxi driver. The whole romance is sealed by an accidental kiss, which became the film’s USP in those much more innocent times. The kiss, of course, is a bond for life as Aarti turns into the dutiful Indian wife. She begs her husband to return their baby, which he has stolen in a fit of revenge. The motley cast of villains, including a stepmother and other money-grabbing relatives, is defeated. All’s well that ends well.

Interestingly, Raja Hindustani was modelled on Jab Jab Phool Khile (1965), which starred Shashi Kapoor and Nanda. In this original avatar, Raja is a houseboat owner in Kashmir, while Rita, his ladylove, the rich Rai Bahadur’s vacationing daughter. The element of fantasy in the film was underscored by avoidance of any clarity on Raja’s religion. Not only was Kashmir less politically embattled then, so, apparently, was Bollywood. Jab Jab Phool Khile, an escapist romance at best, was also a big hit. Despite the fact that we went to war with Pakistan that same year. As to its remake, Raja Hindustani, we might consider it a sort of goodbye to working-class concerns in Bollywood. It is remembered today more for its songs, including ‘Pardesi, pardesi jana nahin’.

In the end, as we know only too well, melodrama, if not farce, trumps realism in Bollywood.

During our current crisis, however, it is hoped that the misery of migrants wakes up the whole country so that their trauma and tragedy are not the only reasons of their re-emergence in the national consciousness. Rather, this is time to show that we care, that their services to the nation are appreciated and we are committed as a country to their economic and social amelioration. 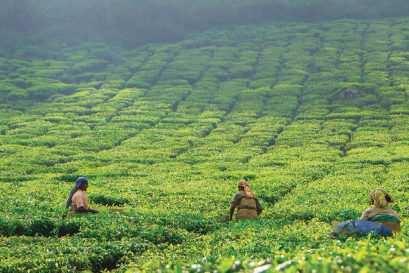