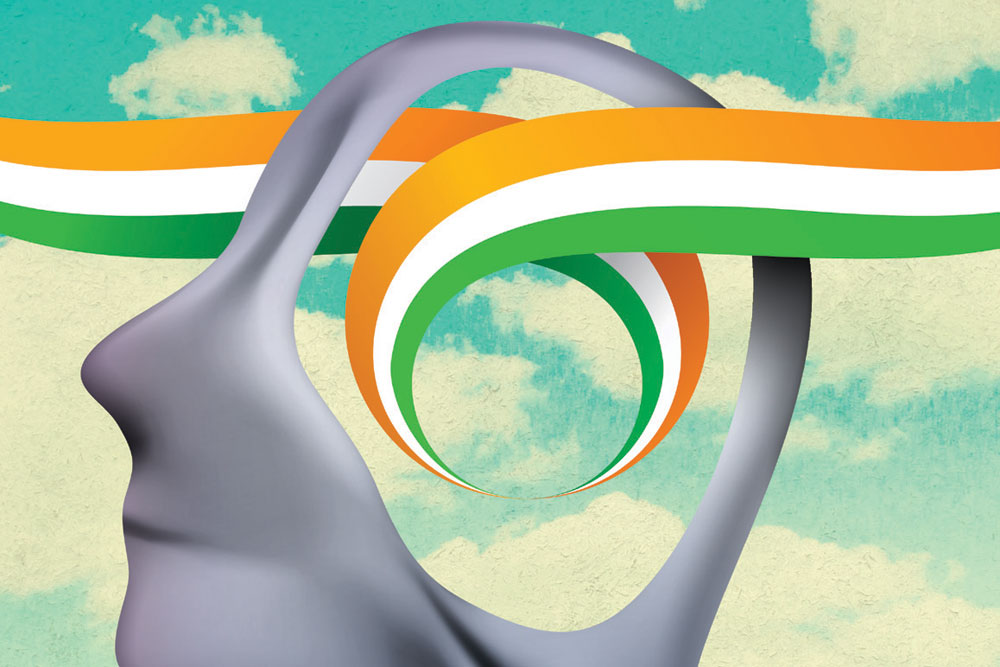 
IN THE SUMMER of 2019, I learnt that my friend’s son was accepted at Harvard University for his undergraduate degree. To celebrate, when we met, he and I marvelled that while he had driven taxis in New York to survive, his son now socialised and lived among the children of the crème de la crème of America’s and the world’s new and old money. This is, of course, a great story of upward mobility but it is not rare. Chuck Schumer, the Senate Minority Leader in the US Congress, was the son of an insect exterminator who came from the lower middle-class boroughs of New York. Other similar examples abound. While extraordinary individual success stories are interesting—and inspiring—the more interesting question is what happens when millions of people over a generation or two abandon the habits and traditions of one socio-economic class and wilfully acquire the aspirations and manners of another?

For much of humanity’s history, barring for the millennia-long transition from foraging to hunting, one simply died in the very same socio-economic circumstances into which one was born. Over the past two hundred and fifty years, however, starting from Western Europe, we have seen the adoption of new mores, new habits, and new self-understandings by entire cohorts of people who were previously affiliated to the agrarian economies. This group has been called by various names across the world including—as the historian Jürgen Osterhammel writes—Bürgertum in German, efendiyya in Arabic, bhadralok in Bengali, classe moyenne in French. In English, this group has been traditionally called the ‘middle class’. A generic definition of the ‘middle class’—one that subsumes all the nuances and variations—is understandably difficult.

Recently, I posed a question on Twitter to ask what was a useful heuristic to describe the middle class in India. One of replies was that a middle-class Indian ‘owns a fridge but not an air-conditioner’. Another said, a touch mirthfully, the middle-class Indian is the kind of person who takes public transport after landing at an airport. A Newsweek report in Nigeria tells us that ‘the middle class is defined as the ability to afford bottled water and a generator.’ In England, a BBC survey of 160,000 respondents declared that the English now have seven classes—the elite, the established middle class, technical middle class, new affluent workers, traditional working class, emergent service workers, and the precariat. Since the days of Marx and Weber, the middle class is understood be a group of people who are neither aristocrats (who define themselves on the basis of genealogical claims about landownership and political power) nor the peasants or working class (who are defined by the sale of their physical labour).

Since the British historian EP Thompson’s writing on the working class, one of the ways to think about the class has been to identify the socio-cultural practices they participate in as a way to impose coherence on this nomenclature. Thus, as Osterhammel writes, they tend to be consumers of theatres, universities, public parks; they patronise cafés, salons, and take to newspapers and media to contest ideas; they think of education as a means to self-improvement. Deeper currents run broadly through these groups. These include rising independence of women, the emergence of the individual as a singular entity, faith in technical knowledge, and a complex but often reverential relationship with the state.

But the middle class has not been exempt from engaging and responding to modernity, colonisation, and ultimately capitalism. In many cases, early middle class in colonised societies were indistinguishable from the comprador class—the ones who rose to the fore by acting as clerks, accountants, paralegals, to the colonising force. The result of this imbricated and complex relationship was profound changes in how these groups thought of themselves—removed as they were from their aristocratic superiors and the working-class inferiors, both of whom had little means of ‘self improvement’. Nowhere was this change seen more intimately than in the way the dressing manners of the new middle class changed. In his masterful summary about the birth of the modern world, the historian CA Bayly wrote that ‘leather shoes, cloth cap, shirt, and trousers had begun to replace the profusion of skirts, dhotis, pyjamas, kimonos, and smocks which had prevailed in the 1780s’. By the early 20th century, while clothing became the easiest marker of abandoning ones old ways and adopting the ways of the metropole, the urbane, the sophisticated, discontent spilled over in other arenas too. Bayly quotes an Ottoman conservative who writes: ‘The fallacy that everything seen in Europe can be imitated here has become a political tradition. For example—by simultaneously introducing Russian uniforms, Belgian rifles, Turkish headgear, Hungarian saddles, English swords, and French drill—we have created an army that is a grotesque parody of Europe.’


If we are to think carefully about the future of India, particularly its political future, the place we ought to study most carefully is the one place our intellectuals often look down upon by citing their hypocrisies and cravenness: India’s middle classes

The result of this self-parodying was increasing efforts to rethink, reform, and even reject forms of modernisation. From Gandhi’s abandonment of his three-piece suits in favour of a tucked-up dhoti and a bare chest to reformist exegesis by Muhammad Abduh in Egypt or more full-blown reactionary movements, such as the Muslim Brotherhood, which was inspired by Rashid Rida and ultimately founded by the Egyptian schoolteacher Hassan al-Banna (grandfather of the philosopher Tariq Ramadan) in the late 1920s. What was common in these ways of engagement with the West was an effort to find the vocabulary needed to delegitimise the ways of being that were seen as prerequisites to being ‘modern’.

Despite these efforts to stand ‘athwart history, yelling Stop’—the middle class across the world has continued its inexorable rise, particularly in the decolonised world after the 1990s when the Cold War ended.

A recent Brookings report summarised this when it declared that ‘for the first time [in] 10,000 years, the majority of humankind is no longer poor or vulnerable.’ And more strikingly, they add, ‘just over 50 percent of the world’s population, or some 3.8 billion people, live in households with enough discretionary expenditure to be considered ‘middle class’ or ‘rich’’. Historically, the rise of the middle class has also led to drastic changes in how societies think of themselves, what public goods they demand, and what politics itself can be. If the old world before the emergence of the middle class was predicated on context-specific ethical frameworks, the middle class typically demands to be treated equally while still privileging its subjective experiences. The result is a coming together of contradictory forces—demand for universalisable laws versus the elevation of individual subjective experience—which manifests as a great impatience towards the state, whose institutions are always slower to respond than its citizenry. In most European nations, who experienced these changes during the course of the 19th century, what followed such demands are reassertions of tradition, a greater insistence of limits in public expression, and ultimately a ferocious commingling of traditional orthodoxies with the reactionary instincts of the new middle class.

For much of history, the rise of the middle class is a ferocious phenomenon to behold, especially in traditional societies. In Germany, from the long tenure of Frederick the Great in mid-18th century onwards, the middle class grew and expanded, all the while as deep-rooted paroxysms and paranoias took root. In France, even prior to the French Revolution in 1789-91, the small-sized middle class exercised extraordinary influence. By the late 19th century, they had abrogated successive Republican constitutions to rewrite substantial parts of how they organised their society. In contrast, Russia and China, which saw the emergence of the middle class in the late 19th century, prepared grounds for the furies of totalitarian communism. In each of these cases, it was the middle class of these countries—not its intellectuals or its poor, not the legal frameworks deemed sacrosanct or the proliferation of technology and media—whose evolving responses governed what emerged next. From the virtues of French Republicanism to the satanic furies of Nazism. If we are to think carefully about the future of India, particularly its political future, the place we ought to study most carefully is the one place many of our intellectuals often look down upon by citing, often justifiably, their hypocrisies and cravenness: India’s middle classes. Ironically, anything good is to emerge from India, it too will come from the generosities and genius of its middle class.