﻿The God of Giving

What is it that makes Shiva subservient to his devotees? 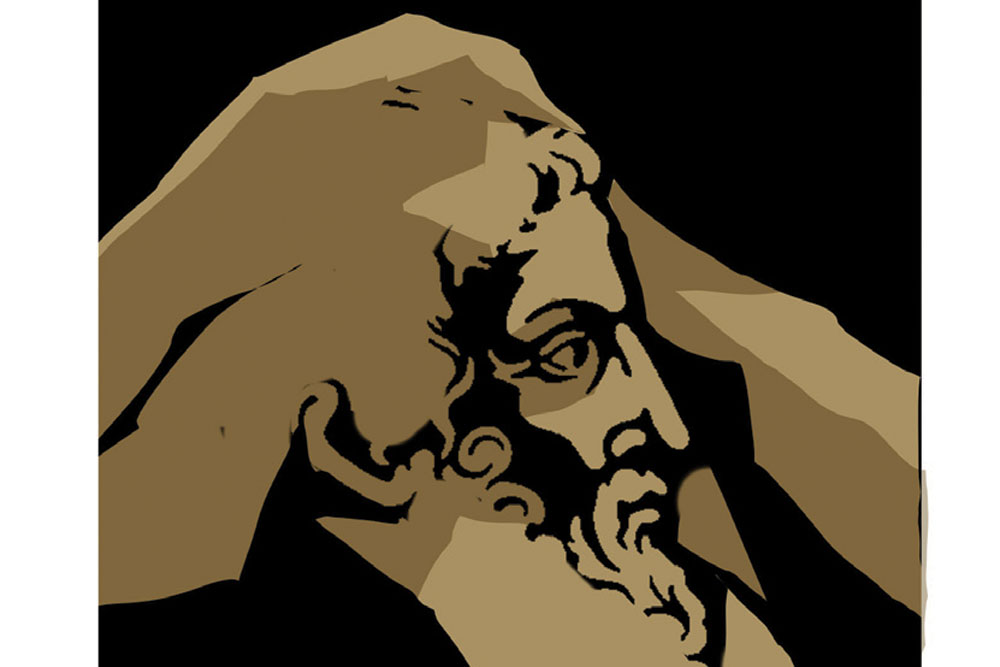 
LET US RECOLLECT the names of the 12 jyotirlingams: Somanatha in Saurashtra; Mallikarjuna in Shrishaila; Mahakala in Ujjayini; Amareshvara in Omkara; Kedara on the slopes of the Himalayas; Bhimashankara in Dakini; Vishvesha in Varanasi; Tryambaka on the banks of Gautami; Vaidyanatha in a cremation ground, Nagesha in the forest of Daruka; Ramesha in Setubandha; and Ghushmesha in Shivalaya. These are the names of the jyotirlingams, as given in a famous shloka or stotram, cited in both the Shiva Purana and the Skanda Purana. Notice that in some cases, the shloka identifies the place, more or less: Saurashtra, Shrishaila, Ujjayini, slopes of the Himalayas, Varanasi, banks of the Gautami and Setubandha. In contrast, it is less obvious what is meant by Omkara, Dakini, a cremation ground, the forest of Daruka or Shivalaya. We will come to these in due course. Following the Shiva Purana, in these columns, I have been citing accounts of these jyotirlingams, how a parthiva lingam that was worshipped came to become a jyotirlingam. We have already done Somanahta, Mallikarjuna and Mahakala. In this column, we will talk about Omkareshvara and Kedareshvara, meaning the Ishvara of Omkara and the Ishvara of Kedara. When the sages assembled in the forest of Naimisha to conduct a sacrifice, the Shiva Purana was related to them by Suta.

The rishis said, “O Suta! O immensely fortunate one! You have made us hear a wonderful account about the lingam known as Mahakala, the protector of his own devotees. O excellent one! Please tell us about the fourth jyotirlingam, Paramesha’s Omkara, the destroyer of all sins.” Omkareshvara is in Madhya Pradesh, on the banks of the Narmada. If you have been to Omkareshvara, you will have noticed there are two lingams there: Omkareshvara on the island of Mandhata and Amareshvara (also known as Amaleshvara) on the bank. Which is the true jyotirlingam? As this story will make clear, both are jyotirlingams. By the way, the island is in the shape of OUM/AUM, which is how we get the name of Omkareshvara. Mandhata worshipped Shiva there, which is why the island is named Mandhata.

Suta replied, “O Brahmanas! I will tell you about Paramesha’s lingam, in the place known as Omkara. I will happily tell you. O supreme rishis! Listen. On some occasion, the illustrious sage, Narada, went to Shiva in the place known as Gokarna. Full of great devotion, the supreme sage went to Vindhya, the lord of mountains. The mountain worshipped him with a great deal of respect. It stationed itself in front of Narada and said, “Everything exists in me. There is nothing that does not exist in me.” Narada heard the words Vindhya spoke, which were full of sentiments of pride. The destroyer of pride sighed and remained there. Vindhya asked, “Why have you sighed? What do you seek lacking in me?” Hearing this, Narada, the great sage, spoke the following words: “Everything exists in you. But Meru is loftier than you. It is classified as a deva, but you never are.” Saying this, Narada went away to wherever he had come from. Vindhya lamented, “Shame on my life. I will perform austerities and worship Vishveshvara Shambhu.” Having made up its mind, it sought refuge with Shankara. It happily went to the place known as Omkara. It fashioned Shiva’s parthiva image there. For six months, it constantly worshipped Shambhu. Devoted to dhyana on Shiva, it did not move from the place where it was performing austerities. Seeing that Vindhya had tormented itself in this way, Parvati’s husband was pleased. He displayed his own form, difficult for even yogis to see. He said, “I am pleased. Tell me what is in your mind. I am pleased with your austerities. I grant devotees what they desire.” Vindhya replied, “O lord of devas! If you are pleased with me, please grant me the intelligence so that I can be successful in my desired task. You are always affectionate towards your devotees.” Hearing this, for some time, Bhagavan Shambhu thought about it in his mind. “Vindhya is foolish in intelligence and desires this boon so that it can oppress others. What will I do? I must bestow a boon that brings auspiciousness. The bestowal of a boon must not lead to great hardship for others.” Nevertheless, Shambhu bestowed that excellent boon. “O Vindhya, king of mountains! Do whatever you wish.” At that time, devas and rishis, stores of purity, worshipped Shankara and said, “Please remain in this spot.” Hearing the words of devas, Parameshvara was pleased. Delighted, he wished to be the reason for happiness in the worlds. The single lingam of Omkara is divided into two. In Pranava [that is, in the place in the shape of Pranava], Sadashiva is known under the name of Omkara. Parameshvara also exists in parthiva form. O Brahmanas! Both grant devotees what they desire. Both bestow objects of pleasure and emancipation. Devas and rishis worshipped him. Having satisfied Vrishadhvaja, they obtained many boons. After this, devas returned to their own respective abodes. O Brahmanas! Vindhya became happier at having accomplished its own task and gave up its lamentation. If a person worships Shambhu in this way, he does not have to reside in a mother’s womb. There is no doubt that he obtains the desired fruits. I have thus described everything about Omkara’s power and fruits. After this, I will speak about the excellent lingam of Kedara.”


Bhagavan Shambhu thought about it in his mind. ‘Vindhya is foolish in intelligence and desires this boon so that it can oppress others. What will I do?’

Suta said, “O Brahmanas! Nara and Narayana are spoken of as Hari’s avataras. In the region known as Bharata, they performed austerities in the hermitage of Badari. Shiva is subservient to his devotees. Requested by them, Shambhu arrived there every day in the form of a parthiva lingam, so that the worship might take place. In this way, Vishnu’s two avataras worshipped Shambhu. The two devotees of Shiva, who were like his sons under dharma, did this for a long period of time. On one occasion, Parameshvara was pleased and told them, “I am pleased. Ask for a boon from me.” When he himself told them this, Nara and Narayana spoke words that would ensure the welfare of the worlds. Nara and Narayana said, “O lord of devas! If you are pleased and if a boon is to be given, please remain here in your own form, so that Shankara himself can be worshipped.” Hearing their words, Maheshvara Shankara remained there in the form of a jyotirlingam, in Kedara in the Himalayas. So that miseries and fear might be dispelled for everyone, he was worshipped by them. He did this to do a good turn to the worlds and to show himself to his devotees. Shambhu is himself present there and is known as Kedareshvara. If one sees him or worships him, he always bestows what is desired on devotees. In ancient times, devas and rishis worshipped him there. When Maheshvara was pleased, they obtained the fruits they desired. The residents of Badari ashrama constantly worship Bhava. He always bestows what devotees wish for. From that day, if anyone devotedly worships Kedareshvara, it is impossible for him to be miserable, even in his dreams. When he saw the Pandavas, he resorted to his maya. He assumed the form of a buffalo and started to run away. When he was caught by the Pandavas, he remained with his face turned downwards. They caught hold of the tail and prayed to him repeatedly. He is stationed there in that form and is known under the name of Bhaktavatsala. [Literally, affectionate towards his devotees. Bhaktavatsala is another name for Kedareshvara and explains why the lingam is in the form of a hump. The incident with the buffalo occurred when the Pandavas were on their final journey. The body of the buffalo stretches from Kedarnath to Nepal, Nayapala.] Part of the head went to Nayapala and is stationed there in that form. He instructed that he should be constantly worshipped in that incomplete form. When he was worshipped, Shambhu himself bestowed boons on them. Having worshipped him, the Pandavas left happily. They obtained everything that their minds desired. They were freed from all miseries. Hara is himself constantly present in that kshetra and is known as Kedara. The subjects of Bharata worship him. If anyone gives a valaya (bracelet or a ring) there, he is loved by Hara. He approaches Hara’s form and attains Hara’s form. If one sees that form, one is freed from all sins. If a person goes to the forest of Badari, he becomes a jivanmukta. If one sees the forms of Nara, Narayana and Kedareshvara Shambhu, there is no doubt that one obtains a share in emancipation. Those devotees who die on the road to Kedaresha are also emancipated. There is no need to reflect on this. If one goes there, happily worships Kedaresha and drinks the water there, one does not have to undergo rebirth. O Brahmanas! In this land of Bharata, all beings who devotedly worship Nara, Narayana and Kedaresha are emancipated. He is the lord of everything, but he is especially the lord of this region. There is no doubt that Shambhu, known as Kedara, bestows everything desired. I have thus told you what you asked me about. If one hears about this, all sins are dispelled. There is no need to think about it.”

The Rewards of Devotion