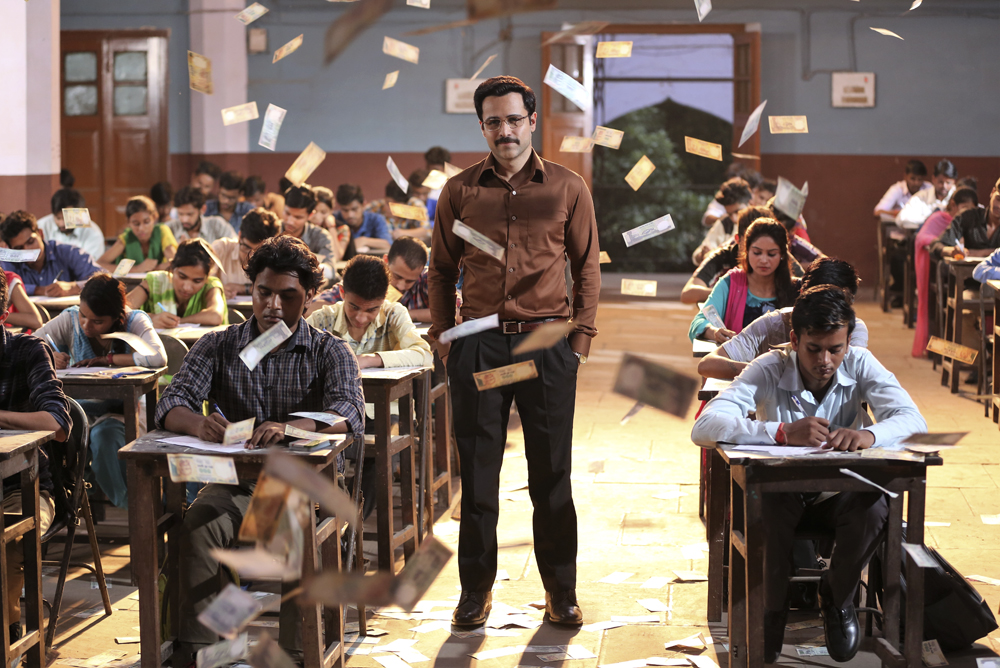 Higher education in India is broken, but we don’t have a correct estimate of just how badly out of joint it is. The film, ‘Why Cheat India’, attempts to give us a rough approximation by unravelling a monumental, if fictional, scam in the system.

A shrewd small town man in Lucknow called Rakesh Singh (Emraan Hashmi) works on the susceptibility of bright and hard working students who go through the innumerable coaching classes in the city and across the State. He makes a list of the young men who have cracked the entrance exam for the Engineering Colleges in Uttar Pradesh; primarily those whose families are middle class and financially strained. He then makes them offers that they find difficult to refuse. In return for receiving large sums  of money, they are to help duffers from wealthy families  get through the exams by fixing their answers, all of which are in the multiple choice format.

With active collaboration from coaching classes and from supervisors in the exam halls, Rakesh runs a colossal racket, with his pay offs to the smart students forming just a fraction of his total income – all in cash.

Oddly enough, along with the wanton corruption he organises and manages very efficiently, the man is defiant of the middle class morality he was born and raised in himself. He seems to have developed some sort of complex from the success of an older brother who is a surgeon in the US, and now  justifies his way of life by comparing it to an intelligent marketing strategy to raise the educational standard of a society. He says that every successful enterprise uses selected high achievers within it to lift the mediocre majority to the next level. That is exactly what he is trying to do with his scam, he says, given an entrance exam system that selects just a fraction of the total applicants, and leaves the rest to flounder and rot.

The state of education itself is scandalous, he often declares, so why pick on him?  He knew he was not smart, so he tried other options to help himself and others like him. What’s wrong with that? It is a textured character that actor Emraan Hashmi  imbibes in the film, and with the amoral screen persona that he frequently projects, he is fairly convincing.

However,  later in the film, when Rakesh upgrades his scam from Engineering college admissions in UP,  to the MBA Schools Entrance Tests in Mumbai,  the film loses its focus. From a coherent, if fast moving narrative, we transit to an eerily unrealistic scenario where the toppers are transported to the city, and are provided with hookers, presumably to assist their mental agility in solving exam papers.

The best scenes in the film involve Sattu (Snighadeep Chatterjee), a bright student who falls into Rakesh’s trap, and his attractive sister, Nupur (Shreya Dhanwanthary). At first Sattu and his family are delighted with the addition to their family income, and though they recognise the illegality of the deal, make peace with it. However, they have no idea about the depth of the network Rakesh runs, and the sins of commission and omission that they have unwittingly subscribed to. By the time they find out, it is too late. Both young actors turn out deft performances that add emotional and moral resonance to ‘Why Cheat India’.

So though it derails itself in the last quarter of its duration, the film, by that time, has asked a few hard questions of the more obvious flaws in a higher education apparatus that relies on skills of rote learning, for both entrance and graduation.