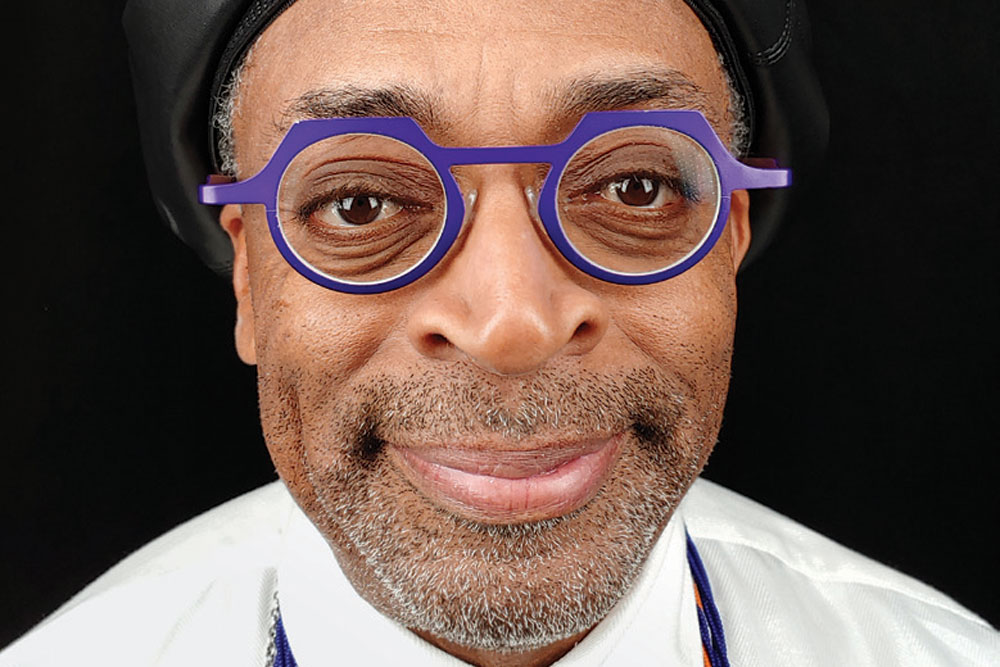 
SPIKE LEE’S latest film Da 5 Bloods is about four African American veterans who return to Vietnam to find the body of their squadron leader and some stolen gold, which they had helped hide. They must confront the ravages and immorality of the war.

There seem to be several homages in the film. Am I right?

You are right. I have nothing but respect for Oliver Stone and his films about Vietnam [Platoon, Born on the Fourth of July and Heaven & Earth]. Oliver Stone is not just dreaming it, I mean he was there, he was in Vietnam. I also have a lot of love for my brother Francis Ford Coppola. There are two homages to Apocalypse Now, they are there for a reason. Look closely at the helicopter shot and you’ll see Robert Duvall. And when you see these guys going up a river with the same pilot.

We shot the majority of the film in Thailand, Chiang-Mai, Bangkok etcetera, and we finished in Ho Chi Minh City, formely called Saigon, Vietnam. It was one of the most enjoyable and informative experiences of my life. Because as far as the East goes, I’ve only been to Japan. This was my first time in Thailand. The people welcomed me and the cast and the crew and the Americans there with open arms—it was beautiful, beautiful. But it was hot, and we had to rush the shoot because we were trying to get ahead of the monsoon season. But there were many days where we had the worst pollution in the world because the farmers burn their crops at that time, but we were ready for it. All in all the experience was great and I look forward to going back.

There is a kind of war going on in the US right now in the form of peaceful protests against police brutality on coloured people. We’ve seen many protests in the past too. Are you optimistic that this time change will come about?

Well, I have always been optimistic, I think Do the Right Thing (1989) is a very optimistic film. I made that 31 years ago. Look at the murder of Eric Garner, you have to ask yourself how much has changed? So, I mean my mindset is day-by-day, and that was during the pandemic. So, it has not changed day-by-day. But what gives me optimism is to see the young white generation, my young sisters and brothers who have joined us in the streets, so, that has been very, very uplifting for me, that it’s not just brown or black people. It’s our white brothers and sisters too. Which you saw in the Civil Rights movement, that is history repeating itself, which I saw growing up as a kid. I’m seeing it again today.

Do you think there are lessons to be learnt in regard to what’s happening in the US?

Well, I think it is very important that people look at what is happening in America, but more important, look at what is happening in your own country, because the United States of America is not the only place that has racial problems. I think that the guy in Brazil is very lucky. Because what that guy in Brazil is doing, people are not looking at because of other world matters.

You said you are optimistic about change in the US, but what has changed?

Well, here’s the thing, there have been changes. But the black people are still killed in this country, left and right. That’s how I look at it. Black people are still being killed many times by the police, and to add insult to injury, these murderers walk free. There are four cops in Minnesota involved in the killing of George Floyd, only one was arrested at first, the other three were arrested after the protests took place.