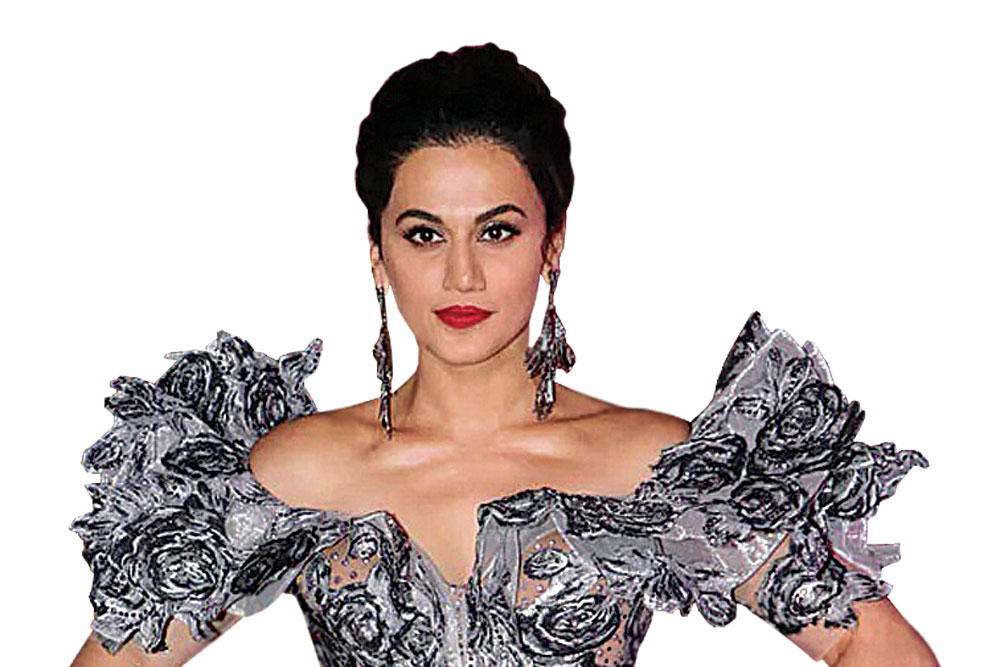 
Taapsee Pannu doesn’t have much of a break between shooting three films…but she’s not complaining. “After not working for all those months during lockdown, it’s a relief to be back on set,” she says. The Thappad star was shooting Haseen Dilruba with Vikrant Massey before she took a Diwali break, and now has dived into Rashmi Rocket in which she reportedly plays a girl from Kutch who’s so nimble on her feet that the locals address her as ‘Rocket’. She eventually goes on to become a professional fast-runner in this underdog story.

But she has more running in store for her when she begins shooting the Run Lola Run remake right after she wraps up Rashmi Rocket. “The styles of running and the approach in both films are entirely different,” she explains, in case you were wondering why she would do two films with similar themes. “For Rashmi, I’ve gone through serious training because I play a competitive athlete. In the other film, the character is running for entirely different reasons. The running has to look urgent and desperate, but not professional,” she says.

Earlier this week, Aamir Khan and his daughter Ira visited a suburban multiplex to catch a show of Suraj Pe Mangal Bhari, the comedy starring Manoj Bajpayee, Diljit Dosanjh and Fatima Sana Shaikh that released during the Diwali weekend. The actor sportingly posed for the paparazzi, who’d turned up outside the cinema after learning from the actor’s social media posts that he was heading out to watch the film.

Footfalls at cinemas have been scanty despite assurances that all chains have put social distancing measures in place. Those in the film trade are pointing out that Aamir turning out to support his Dangal protégé Fatima can be construed as a gesture to encourage more movie buffs to return to the cinemas at a time when the theatrical film business is at its most vulnerable.

Plans to release Ranveer Singh’s World Cup film 83 in cinemas appear to have been scrapped for now. Insiders are saying it is unlikely that any ‘big’ film will open in cinemas this year. There has been talk that the makers of the Kiara Advani-starrer Indu Ki Jawani are firm on a theatrical release in December, but no date has been announced yet.

Meanwhile, streamers are expected to make the most of the situation. David Dhawan’s remake of his own 1990s hit Coolie No 1, which stars his son Varun and Sara Ali Khan, will drop on Amazon Prime Video on Christmas Day. Not to be outdone, rival streamer Netflix is likely to drop the Vikramaditya Motwane-directed inside-Bollywood meta drama AK vs AK, starring Anil Kapoor and Anurag Kashyap, the same weekend.

Masoom, Mr India and Bandit Queen director Shekhar Kapur is helming a romantic comedy for Working Title, the British company that produced such beloved films as Four Weddings and A Funeral and Notting Hill, among others. Titled What’s Love Got To Do With It?, the film will star Lily James and Emma Thompson, and Kapur has described it as ‘a story about identities, a comedy about cultural clashes.’ The film is written and co-produced by Jemima Khan, former wife of cricketer Imran Khan, now the Prime Minister of Pakistan.

Announcing on Twitter earlier this week that he was beginning rehearsals with Thompson, Kapur shared his excitement: ‘Been blessed with the opportunity to work with smartest, most talented, brilliant actresses in the world.’

Closer home, Kapur has said he’s got a few passion projects he hopes to get off the ground if he can find partners who might bankroll his vision.