A hot male vampire is beset by teen girls with raging hormones. How does he not bite the one he loves? 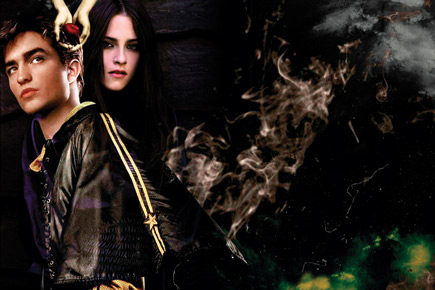 A hot male vampire is beset by teen girls with raging hormones. How does he not bite the one he loves?


Wild horses won’t drag you anywhere near the Twilight books and film. But teenage girls will. Apparently, good-looking vampire boys are all the rage. They shimmer in the sunlight, the colour of their eyes are never constant, they are strong, they don’t eat or sleep, and how they move! But—and this a minor problem—just every now and then, they get a little thirsty. Sexy vampires need liquid refreshment.

What’s their poison? A 17-year-old girl is perfect. These dudes can smell her out in a nano-second. Girls love it—all their lives they have dreamt of a guy returning the favour of a blood job, and Edward (Robert Pattinson) is the high-school teen the girls want for their prom date. But he has acquired taste and is picky.

One day there is a new girl in school. Bella (Kristin Stewart) smells delicious. Edward finds her irresistible and falls hard. But because he is in love with her, he has to be very careful not to come too close. If he does, he will bite her neck and not let go until all the blood in her body is drained. Self-control is the key word here. Such are the trials and tribulations of life in the vampire community.

Twilight is about the raging hormones of teenage girls. It is this ‘touch-me-not’ thing about Edward that completely turns on Bella. She can’t keep her hands off him and he, with excruciating reluctance, has to keep her at arm’s length. Every time he turns away in agony, Bella, who is fully aware of his vampire status, comes closer, and even exposes her neck to him. It’s orgasm time.

Fortunately, Twilight cannot be called an ‘exploitation’ movie because everyone concerned with the film is a woman. The writer of the books is Stephenie Meyer, the screenwriter is Melissa Rosenberg and the director is Catherine Hardwicke. You have to hand it to the ladies, they have a sense of humour. When Bella’s dad (Billy Burke) is told by his daughter that she is dating the resident vampire, he is worried and hands her a can of Pepper spray!

But after a while, if you are not a member of the movie’s niche audience of teeny boppers, Twilight is a drag. You long for the old world courtesy of a Count Dracula, a time when vampires dressed formally, shut doors or coffins politely, restricted their drink to a sundowner and wouldn’t be caught dead at a prom.