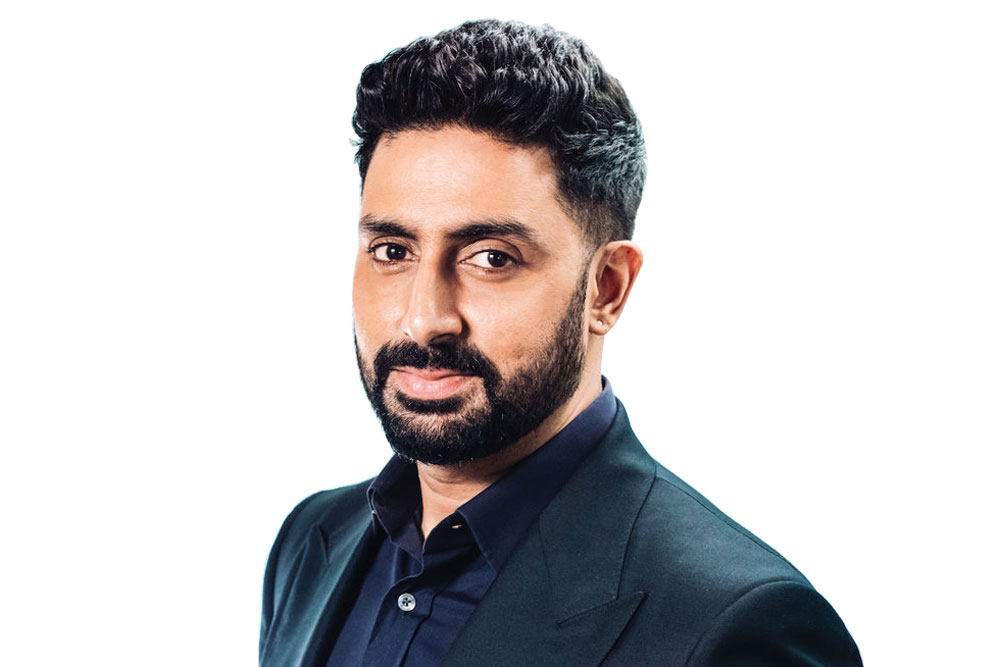 
Abhishek Bachchan, who bought the Jaipur Pink Panthers team in the Pro Kabaddi League six years ago, says he has a standing wager with any guest that he invites to one of the team’s matches. “I bet them that if at least once during the match they don’t jump out of their seat in excitement, then they can change the name of the team,” he reveals. “I’ve had many friends attend our matches, and it’s been seven years now and our team’s name is still the same.”

In the sports documentary series Sons of the Soil: Jaipur Pink Panthers that will begin streaming from December, you get a sense of what Abhishek is talking about. There are various moments of his wife Aishwarya Rai Bachchan leaping up from her seat during a thrilling moment. There’s even a shot of Aamir Khan jumping out of his seat, unable to control his excitement.

“One time, I had my friend Ajay [Devgn] come to one of our matches,” Abhishek recounts. “Now anyone who knows Ajay will tell you he’s cool, not prone to excitement, and quite unshakeable. That’s the only time I thought we might be in trouble. But at one point, even he gave into the moment and jumped up.”

Gone are the days when busy movie stars shot for two, three, and sometimes more films at the same time. Ask Govinda, Raveena Tandon, Karisma Kapoor or any top 1990s star and they’ll tell you it wasn’t unusual to have a handful of films in production at the same time, and frequently they’d do two shifts a day, each on a different set. Some will tell you how they’d shoot one shift in Film City, then jet off to Hyderabad for a second shift, and back the next morning to return to the first set; the only rest and sleep they’d manage would be on flights and drives to the studio. It is Aamir Khan who is credited with introducing the one-film-at-a-time approach because he decided it would benefit his performance (and his films) if he focused on one character at a time. That approach quickly became the norm, and today practically every actor works the same way—unless unexpected delays cause overlaps in schedules.

Which is what appears to have happened with Deepika Padukone, who is currently shooting two films. She began work on Kapoor & Sons director Shakun Batra’s ‘infidelity drama’ some weeks ago in Goa, but that shoot is reportedly running behind schedule. Even as she’s finishing the Mumbai leg of the shoot currently, she’s had to report to set for War director Sidharth Anand’s new film Pathan, which kicked off (thankfully) in Mumbai last week. Deepika joined the unit on November 23rd.

Pathan will be Shah Rukh Khan’s first film since 2018’s Zero; he returned to a movie set after a full two-year sabbatical. The film is believed to be an actioner, so chances are that it might require less in terms of histrionics from Deepika, who could be saving the waterworks for Shakun.

Akshay Kumar watched Christopher Nolan’s Tenet in London while he was shooting there for Bell Bottom with Lara Dutta, Huma Qureshi and Vaani Kapoor. It was on a day off from the set that he accompanied his wife Twinkle and son Aarav to a cinema that was playing the master filmmaker’s latest mindbender in which his mother-in-law Dimple Kapadia has a key role.

Asked if he enjoyed the film, he told me he did. “But I was confused,” he admitted. “So I asked my wife, who gave me an entirely different explanation from what I had made of the plot.” To be sure he had finally grasped it, he said he asked Dimple to corroborate what he’d now understood from his wife. “Her explanation was totally different from my wife’s.”

Akshay realised it was going to take at least a second viewing of the film—not to mention the deepest concentration—if he hoped to follow what Nolan is trying to say in the film. “But my mother-in-law is very good in the film, and it’s a very important role,” he added.