Christopher Nolan takes a comic book action hero and tries to talk about politics. What you get is an accidental critique of unbridled capitalism 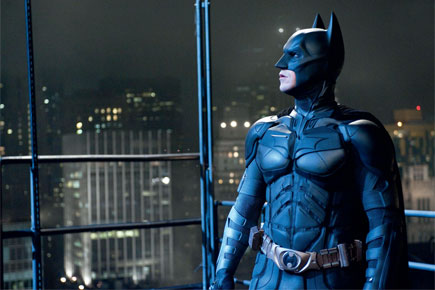 Christopher Nolan takes a comic book action hero and tries to talk about politics. What you get is an accidental critique of unbridled capitalism


The Dark Knight Rises is supposed to be a movie on a comic book hero, but it looks and sounds like political rhetoric. It starts off with a eulogy on the ‘Dent Act’, legislation named after the former District Attorney of Gotham City, Harvey Dent. It gives the police the right to lock up people involved in organised crime indefinitely, perhaps forever, so that order is maintained and the city-state kept safe.

This sounds remarkably like the provisions of much restrictive legislation in the United States, including The Patriot Act, brought in immediately after 9/11, which erased Habeas Corpus and allowed US authorities to detain individuals without trial. Later in the movie, terrorist leader Bane (Tom Hardy) releases all the prisoners held under the Dent Act, saying it was illegal to begin with.

This ‘anarchist’ goes further and talks about how the rich and powerful of Gotham City need to be brought to book. As it happens, one of the richest and most powerful is Bruce Wayne/Batman (Christian Bale). It is amusing but true. Batman is a capitalist. He has all the trappings of mega-wealth—huge real estate assets, gigantic R&D budgets that have produced many scientific innovations, including his remarkable transportation, the ‘Batmobile’, and, interestingly, plenty of philanthropic measures to serve as tax write-offs. So, Bane attacks Wayne where it hurts most, with a terrorist attack on the stock exchange; he virtually bankrupts him by creating bad investments in his name.

Other superheroes are not so rich. Peter Parker (Spiderman) has middle-class origins and reporter Clark Kent (Superman) couldn’t exactly be rolling in it. But it is intriguing to note how this movie underlines Wayne’s wealth and how it infers that his extra-curricular activities as Batman have affected it. At the beginning of the movie, Wayne is clearly in financial trouble, as Lucius Fox (Morgan Freeman), who runs Wayne Enterprises, tells him.

So was Batman out of action for eight years, from the end of the narrative of The Dark Knight, because of money or ill health? The interesting thing about this edition is that it keeps Batman, the superhero, in limbo for much of the movie while it focuses on financial and political intrigue. Not only has Wayne got financial trouble, he is also blamed for the death of Harvey Dent. This lets the police, instead of a masked and caped vigilante, keep control of the streets of Gotham.

Politics in a movie based on a comic strip can be problematic. For one thing, there’s lots of boring and time consuming talk. Had director Christopher Nolan a genuine political position, the chatter may have worked. But Nolan’s only content, as usual, is bombastic rhetoric. He brings in ‘Occupy Wall Street’ ideas and then doesn’t say anything about his stance on it. He brings in notions of corporate wrong-doing, and then has nothing more to say. He brings in the issue of dirty versus clean energy, and then drops the subject. Finally, he ends the film with a nuclear mushroom cloud over the ocean. Sorry, he has no comment on the consequent radiation and environmental devastation of the planet.

By posing as a political thinker, Nolan, like many others in Hollywood, is doing something dangerous. He is taking the alternative universe of a comic strip and turning it into a parallel one. Orson Welles’ Citizen Kane, for instance, parallels the biography of the newspaper baron William Randolf Hearst with a fictional millionaire called Charles Foster Kane. The idea is to present a political commentary on both the expanse and limits of wealth and power in capitalist America. But if you turn a comic strip into ‘Citizen Batman’, as this film does, you are presenting the alternative world of comics as an allegory on contemporary urban politics in America.

And if your ideas are as vague and vacuous as Nolan’s, the result is a long exhausting movie with pseudo intellectual content and obscenely expensive production values that serve, ironically, as a critique of the mindlessness of unbridled capitalism. 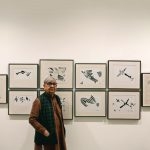 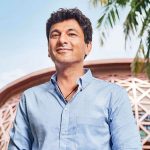