The Camera Has Stopped Rolling

It has never been easy for India’s most powerful documentary filmmaker Anand Patwardhan to screen his films. He has now decided he will make no new films till people get to see his earlier ones 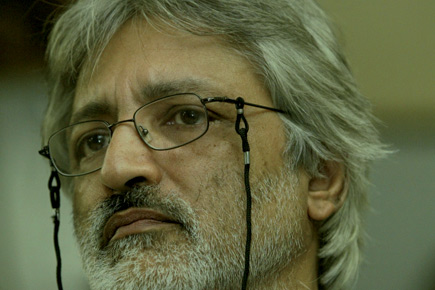 It has never been easy for India’s most powerful documentary filmmaker to screen his films. He has now decided he will make no new films till people get to see his earlier ones


Anand Patwardhan has decided to take a break from filmmaking. One of the few Indian documentary filmmakers known to make an impact with his films on social and political issues, he usually stirs up an air of expectation each time he embarks on a new project. But we may have to wait a while now, for he is on a mission. ‘‘For a year or two, I am not going to make any films. For the time being, I am going to just show my films,’’ Patwardhan told Open on the sidelines of his masterclass at the Cinema du Reel festival at Centre Georges Pompidou in Paris last week. The highlight of the festival was a retrospective of Patwardhan’s films.

Patwardhan’s decision is not as simple as it sounds. It has emerged from the many battles he has had to fight to screen his films. While he has been making documentary films since the early 1970s, he contends that despite being a powerful medium, its dissémination in India is limited. People don’t know how to access his films in the first place. “That’s why I have been fighting to show them on Doordarshan,” he says.

Patwardhan has now decided that it is best to put all his films up online for free.

In these years, Patwardhan has had to battle not only the Censor Board but also right-wing activists who implement their own censor code despite his film getting a clearance from a court of law. Recalling a couple of recent incidents, Patwardhan says he was shocked when more than two decades after making the film Raam ke Naam (In the Name of Rama) on the demolition of the Babri Masjid, Hindu fundamentalists prevented its screening in Bangalore and Ayodhya. “Even now, they can’t bear to watch a film like this. They are still in complete denial. They pretend that these things have not happened,’’ he says, observing that the truth is inconvenient to this group.

“They would rather be happy with their own propaganda. This December, there were protests against our screenings even though the film is 23 years old and has won both a Filmfare Award and a National Award and was telecast on Doordarshan after the High Court forced its telecast in the national interest. The people who stop these screenings are those who continue to mix religion and politics and don’t want their game exposed,’’ he adds. Raam ke Naam, though made in 1990, was allowed to be screened on Indian television only in 1997.

Asked if India has moved on from this emotive subject, Patwardhan replies in the negative, saying that nothing much has changed and the country is yet to come out of the shadow of the demolition of the mosque. “I wish my films were not relevant anymore. It would mean, for instance, that we have resolved the problem of Hindu-Muslim violence, which is not the case. It continues in one form or the other. The Babri demolition was followed by attacks on Muslims in Mumbai in 1992-93. In retaliation, some Muslims [set off] bomb blasts. A decade later, some Hindus were killed in Godhra returning from Ayodhya. This led to another pogrom of Muslims, in Gujarat. Revenge and counter-revenge keeps going on. Unless there’s a proper understanding of these things, there doesn’t seem to be an end in sight. That’s why I want people in India and Pakistan to watch my films,” he says.

In his latest film, Jai Bhim Comrade, for instance, Patwardhan has turned the camera upon India’s Dalit community. He contends that even today, there is no end to injustice against Dalits. “The reported incidents (like Khairlanji) are just a tip of the iceberg. If you look at Indian crime statistics, it will show you that two Dalits are killed and three Dalit women are raped every day somewhere in the country. It should pain every Indian that such things are allowed to happen,’’ he says.

In 2002, Patwardhan also made a documentary,War and Peace, highlighting the fallout of the nuclear tests carried out by India and Pakistan. Besides the military aspect, this film also deals with its environmental consequences. Asked about protests against the setting up of a nuclear power plant on the coast of Maharashtra, Patwardhan voices his opposition stating that any nuclear plant is a potential disaster. “A nuclear plant on a coastline where earthquakes [and] tsunamis can happen is an even bigger disaster. It’s an accident waiting to happen. Nuclear energy is really not necessary. Now there are many other ways to generate electricity, as Germany is showing. Already, even simple windmills are giving us more electricity in India than nuclear reactors, at a fraction of the cost and with no serious environmental hazard,’’ he says. Patwardhan blames the Government, and particularly the media, for the public lack of understanding of the consequences of such policy decisions. “The media at large is entertainment driven,” he laments, “It has a very narrow perspective, that of the urban élite. It does not care for voices of the poor, of people who face oppression every day. The news is infotainment—it is neither information nor entertainment. Real issues are rarely talked about in depth, just a few seconds of a soundbyte here and there. We rarely get to see documentaries that are made over time with deep analysis of any situation on our televisions.’’

Patwardhan suggests that the way out of this infotainment bubble is to look beyond the myth that India is a superpower. “There is, of course, the increased buying power of the very few. But that, according to me, is not progress or development. Looking beyond this facade and knowing the real issues is going to be a painstaking process. People should get exposed to different media, like the internet and documentary films. More than anything else, the racism that there is in élite classes towards people who are not from their economic background has to change,” he says.

Despite his films making a strong impression, Patwardhan is aware that they haven’t brought about any real political change. “On an individual level, yes, I get feedback from many people saying that the ideas [and] issues shown in these films have made them rethink. But on a larger scale, I can’t say it has made a real difference, perhaps for the simple reason that the films have never reached a mass audience on any consistent basis.’’ 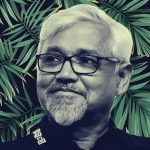 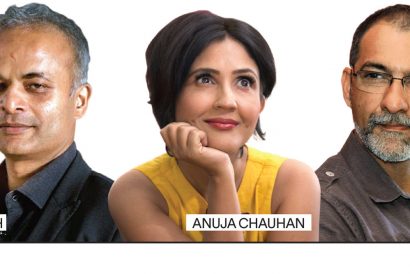