In short, ‘The Accidental Prime Minister’ is too obtuse a film to be good propaganda 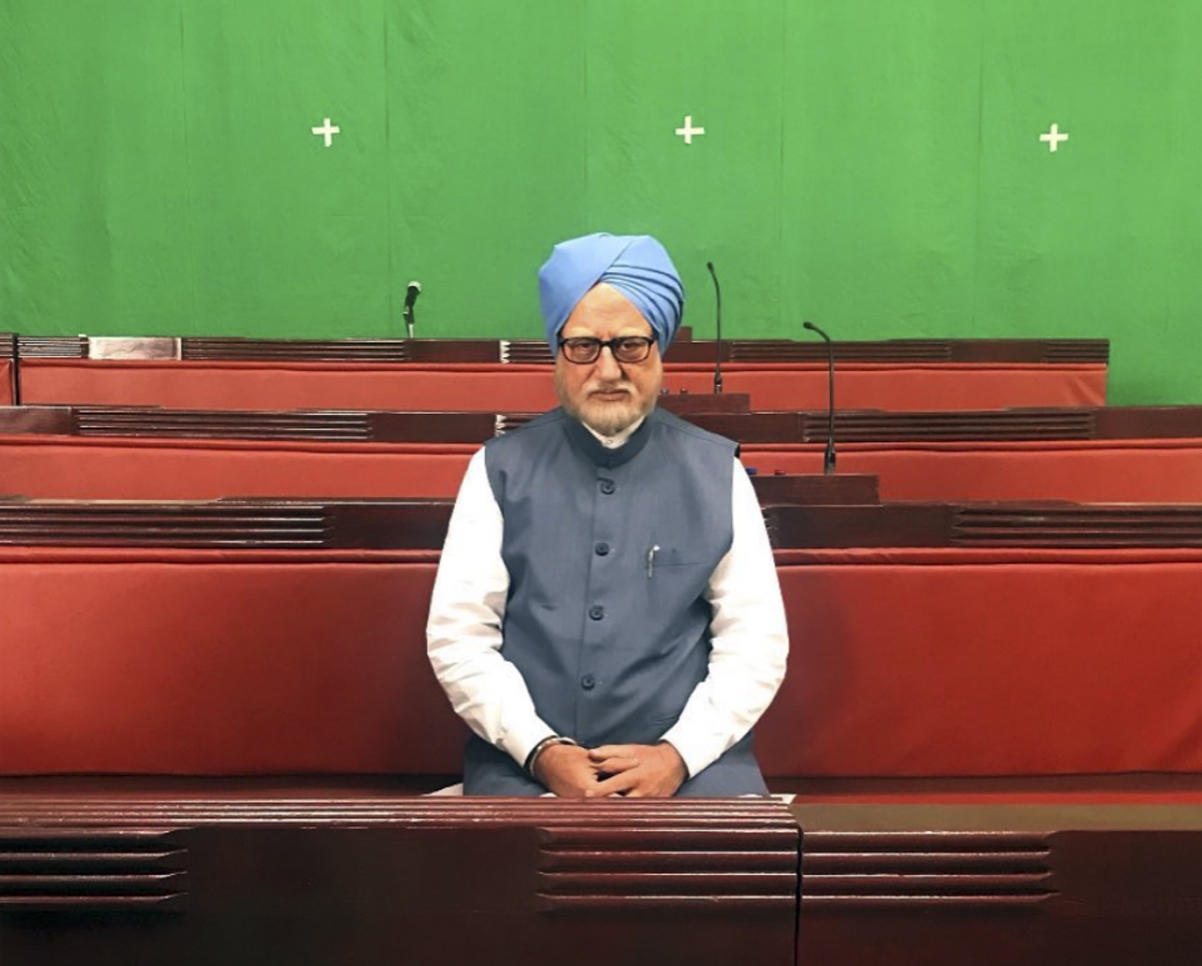 This is a movie told from the perspective of a voyeur. The omnipresent narrator of the film, Sanjaya Baru, hovers around the PMO like a chortling vulture, flapping his wings as he moves from perch to perch, the better to get a bird’s eye view of the man who hired him, the Prime Minister of India. Dressed outlandishly for a man in such a sober setting, he chats up the audience like a racy raconteur at a cocktail party, handing us an inside view of shifting power equations, chuckling at his own snarky asides, much in the manner of a narcissistic ‘life of the party’ type.

But Baru (Akshaye Khanna) is not the only chronicler in the film. ‘The Accidental Prime Minister’ is divided into two parts, marked by the interval. At the beginning, we have Dr. Singh’s first term in Office, during which the primary story-teller reluctantly admits, in his jokey way, that the PM was treated with respect, across the political spectrum, for his previous achievements as an economist and finance minister, and for his personal integrity and dignity of bearing. The second half deals with denouement of the PM and his Government.

But the actor playing Manmohan Singh (Anupam Kher) deducts any slight sympathy Baru may have elicited for the PM, by giving us a deliberate and studied portrayal of a cartoonish looking man with a silly demeanour. Determined to use buffoonery skills picked up over decades of playing stereotypical characters in countless Hindi films, Kher gives us a wildly exaggerated figure of fun, creating a marionette who walks like a constipated neurotic and talks like a strangled parrot. The soft spoken man with an unusually diffident walk is transformed into a comedian from early silent cinema, during which period inconsistent film speeds in cameras created a shuffling gait that looks funny when played today at the standard 24 frames a second.

Ironically, and probably unbeknownst to the makers, the effectiveness of propaganda is severely diminished when realism is sacrificed for hyperbole. While undeniably entertaining in its caricatured presentation of a PM who functioned in an administration in which there were two centres of power, the film’s design prevents us from taking it seriously as documentation of 10 years of this nation’s governance through a dual centre of gravity, and the schizophrenia in command resulting thereof.

Substituting mockery for history does not help this film present the tangled web of a political party, or tell us how Dr. Singh attempted to negotiate the system for a decade, before it all unravelled disastrously right in front of him. What it does do is to lift a fictional drape from over the heads of the long lost dramatic personae of those years, made so familiar to us then on our TV screens. We tut-tut at the casting of those characters, usually too smarmy or dimwitted, differing in many points from own perception of them. This is an engaging activity, somewhat like checking our social media trail after a long interval.

In short, ‘The Accidental Prime Minister’ is too obtuse a film to be good propaganda. The only personal swipe that the movie takes is in the portrayal of Rahul Gandhi (Arjun Mathur), shown to us as inarticulate, simplistic and a bit of a duffer. But that could have been done as effectively, if not more so, through social media. So the puzzle to this film production is in the question of why cinema, the least cost effective of all informational media, was chosen to talk about a former Prime Minister and his years in Office.