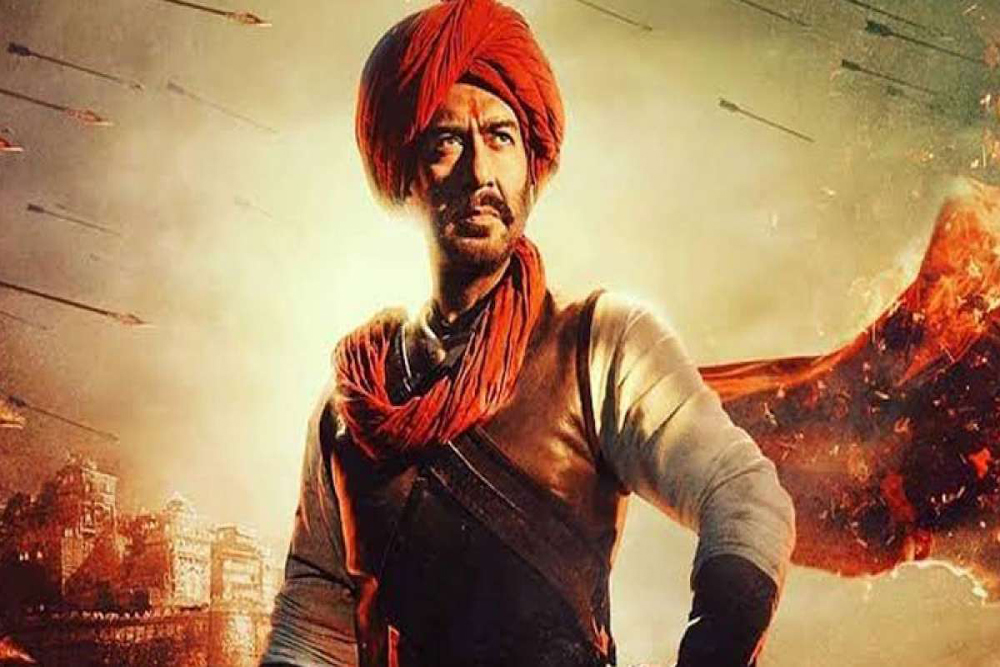 Battle scenes evoking nationalism and patriotic zeal are surfeit in Hindi cinema. Marauding Maratha armies. in particular, are popular because their asymmetrical style of warfare is very attractive to audiences. Warriors scurrying along in single file, scaling steep mountain faces with ropes and pick axes in the dead of night, staging one surprise attack after another on an organized and superior army, is a thrilling sight.

The Mughals had the numbers on the ground, a modern military technology, and the financial backing of an Empire, but no sooner had they captured one fort in front of them, they lost the one behind them. It was an unending game of snakes and ladders, and ended up exhausting the resources of Emperor Aurangzed.

‘Tanhaji’ is about this period in the 17th Century, and about one of the finest generals then, Tanhaji Malusare, who owed his allegiance to Shivaji Maharaj. He famously won the Battle of Sinhagad against Mughal forces led by a proud Rajput, Udaybhan Singh Rathod. This film is about the events leading up to the confrontation, and about the battle itself.

As individuals, the Rajput and the Maratha couldn’t have been sketched more cartoonishly in the film. They are simply painted black and white. Tanhaji (Ajay Devgn) is the family man, with a dutiful and religiously inclined wife, Savitribai (Kajol). Udaybhan (Saif Ali Khan) is a torturer and sexual pervert. To emphasize his wackiness, he roasts a crocodile on a pit, and takes bites out of it as he talks menacingly.to his cohorts. His persona resembles the Alaudin Khilji character’s in ‘Padmaavat’.

The trouble with this film is that it provides very poor historical explanation to explain why and how the two arrived at their very personal confrontation. It is only the final battle, enhanced with CGI, that makes any sense. Till then we listen to one dramatic monologue after another, without much of a context.

As Tanhaji, Ajay Devgn is his usual glum self, mumbling his lines monotonously, stomping through the battle field, and haranguing his wife about her filial duties. Contrarily, you would be hard put to find a Rajput General who is as degenerate and despotic as the Saif Ali Khan character. This depravity is added for effect, and not historical accuracy..

‘Tanhaji’ is a long and exhausting movie that confuses more than it enlightens. It is a difficult watch.