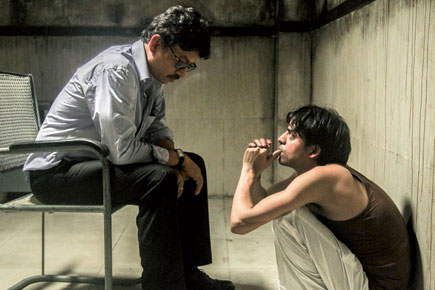 This is a well made movie about incompetence and lack of integrity in almost every aspect of criminal investigation in India. Comparisons with Rashomon, though, are ridiculous. Offering different perspectives in that Japanese classic was meant to examine the notion of a moral universe, given the fallibility in human perceptions of a single traumatic event.

Talvar has no interest whatsoever in the morality of the Aarushi murder case and does not ask philosophical questions of it. Secondly, unlike the Kurosawa film, it is non-fiction, so we already know the points of view, from which emotional involvement has all but evaporated over the years.

Rather, this engagingly written film is quite funny about some of the more grisly aspects of the murder and the botched investigation that followed. It turns the bathos of our pathetic law enforcement agencies into tightly crafted entertainment. The cast is terrific and all the performances spot on, particularly Gajraj Rao as the first police officer who turns up at the murder site, a pan-chewing nincompoop who messes up all the evidence.

So the real horror story in the film is about what would happen to us had we the misfortune of getting caught up in a crime investigated by the prejudiced, judgmental fantasists who function as our officers of law enforcement. And it is the skill of Irrfan Khan, playing the CBI officer who takes over the case midway, that brings this point home to us. The dilemma he faces is one that makes intelligent and efficient officers in the Indian bureaucracy choose inertia over action. He is damned if he does take the right steps, and damned if he does not. As an individual, he has the courage to act, but the consequences on his personal life are damaging—beautifully shown in scenes with his estranged wife played by Tabu.

This is a film that draws you in and keeps you watching.