Sui-Dhaaga: Made in India Movie Review 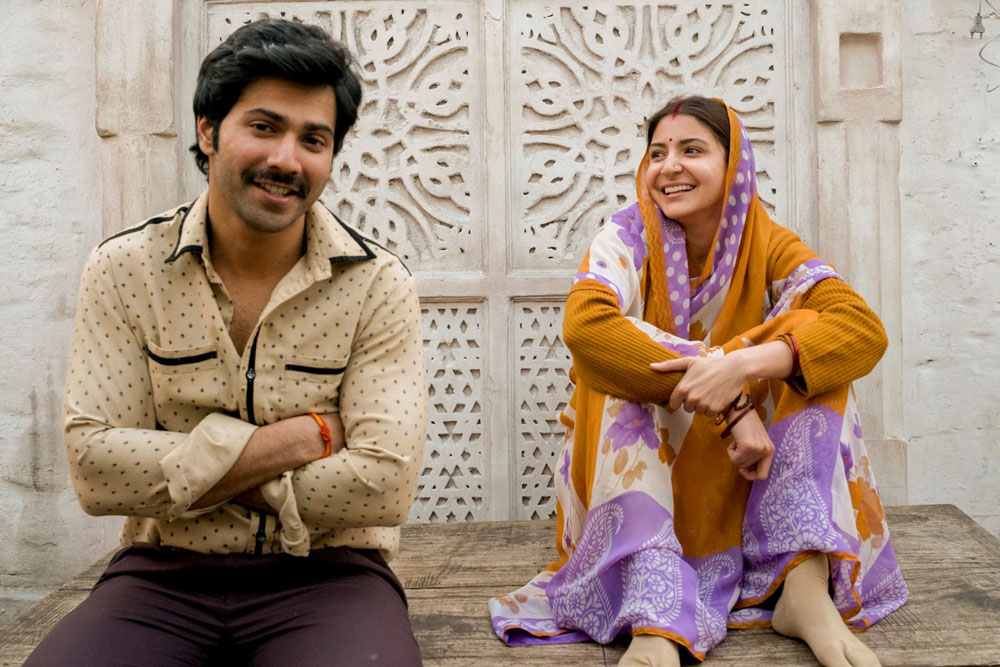 Yash Raj Films is the closest resemblance we have to film producers working in the old style studio system. Researchers are asked to go figure the topicality of subject for a specific kind of audience. This time they evidently came to the conclusion, once again, that entrepreneurship is important. This is because during periods of unemployment, as now, it strikes a chord, and also because ‘Made in India’ is a politically correct stance to adopt.

‘Sui Dhaaga’ is not the first time that the Yash Raj banner has tackled the subject of ‘free enterprise’; to tell of how it is infinitely more productive and fulfilling to work on your own, than to be tied to mundane employment. There was ‘Rocket Singh: Salesman of the Year’, about a computer sales executive in Mumbai who sets up shop on his own and steals clients from his erstwhile company, followed by ‘Band Baaja Baaraat’, about a couple who set up a ‘wedding planning’ business in Delhi. Here, in ’Sui Dhaaga’, we have a movie about a tailor and his embroiderer wife who eventually become fashion designers through talent and hard work.

It is the wife who encourages her ‘darzi’ husband to chuck up his dead end job, a demeaning one which entails working for peanuts and sucking up majorly to his boss. The film starts off nicely with a realistic description of lower middle class angst and genteel poverty, but is not developed well later, in terms of story, treatment and execution. It ends up as a predictable film.

The movie is scripted as a formula for an idyllic representation of a propaganda tool, the ‘Made in India’ message; the idea being that since hi-fi fashion designers steal ideas from our traditional weavers anyway, why shouldn’t successful fashion designers in New Delhi be individuals who come from our roots in the villages? The whole thing makes sense in theory, but is not convincing in the way the film shows a fairly easy journey to success in an economy that is not favourable to small enterprises.

However, the start of the movie set in small town India is excellent and the casting and performances are spot on. Particularly good are the parents of Mauji (Varun Dhawan). His Dad (Raghubir Yadav) used to have his own weaving business, until it went bust and left him struggling to make ends meet with a Government job. His bitterness at this blow and his conviction that his son’s dreams need to be curbed, lest he suffer the same fate and inflict it on the family for a second time, is very convincing, and very sad. It is interesting to see how this negativity of vision from the father affects the whole family, and even filters down to his son.

Mauji starts off with no sense of his self or his identity. He follows routine and uses sycophancy to stay on the good side of his boss. This policy is approved of by his father and seconded by his mother (a person both sad and cute, played beautifully by Yamini Das). The USP of the household is survival, and it is left to the outsider to bring in some perspective. So it is the ‘bahu’, the woman from another family, brought up with a more positive outlook, who triggers change. Mamta (Anushka Sharma) does a good job in the role of a daughter-in-law; the agent of social and emotional mutation in this moribund family.

The relationship between Mauji and Mamta, and the understated way it describes how love unexpectedly enters an arranged marriage, is the best part of the film. The other story of the simple sewing machine (USHA, of course) and how it gets incorporated into the larger framework of manufacturing top end Indian fabric seems simplistic, strained and anticipated. So ‘Sui Dhaaga’ is a film that starts well, but eventually disappoints.