Enough thorns in The Crown to nail India’s last Viceroy 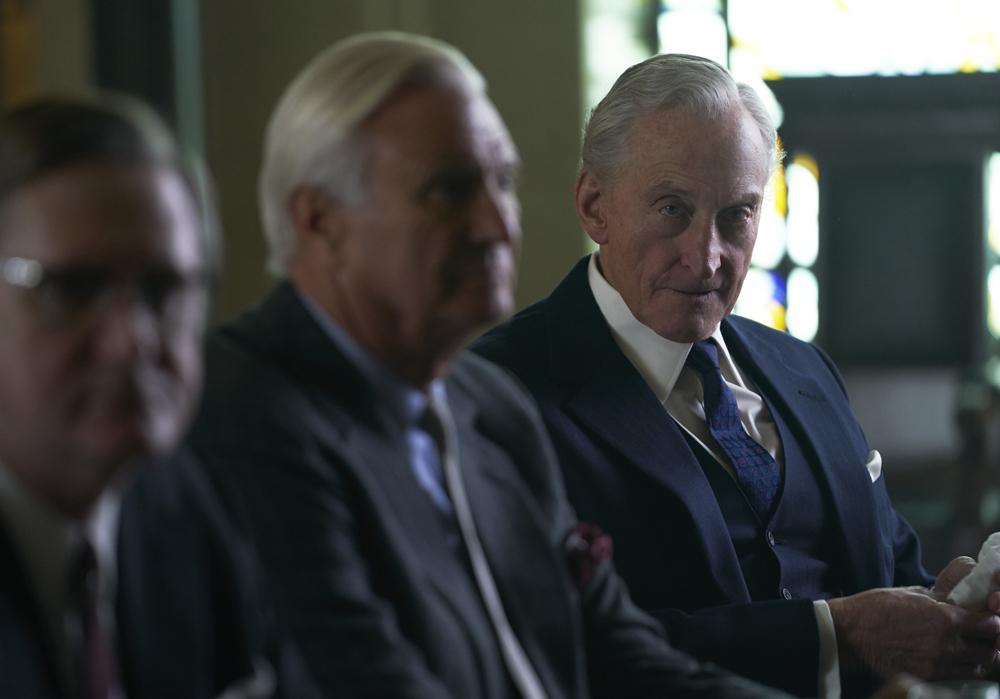 
Andrew Roberts, as established a British historian as you can get, called him a ‘mendacious, intellectually-limited hustler’. Aline Dobbie, a royalist and a historian, is kinder. She calls Lord Louis Mountbatten an extraordinary figure, debonair, dapper, if somewhat vain. Gurinder Chadha’s Viceroy’s House in 2017 portrayed him as an honourable man done in by Winston Churchill’s perfidious plan to redo India’s borders to suit Muhammad Ali Jinnah and the Great Game, and got the cuddly Lord Grantham/Paddington’s papa, Hugh Bonneville, to play him.

The new season of The Crown seems to have swung to the other extreme, getting Game of Thrones’ tyrannical Tywin Lannister (Charles Dance) to play him, showing him not only playing an active part in Daily Mirror Group chairman Cecil King’s potential coup against Harold Wilson’s government but also manipulating Prince Charles’ love life in a way that he would marry a suitable woman.

So who is the real Lord Mountbatten? One time chief of the defence staff, Supreme Allied Commander, South East Asia Command during the Second World War, Prince Philip’s uncle and Queen Victoria’s great-grandson, hero of India’s Independence, villain of its hastened Partition? An ageing war veteran who simply refused to be in step with changing times? Or quite simply, and grandly, the last Viceroy of India and the first Governor General of independent India.

For someone who by all accounts spent many hours ensuring that the future judged him well, including helping in the making of a propaganda film during the Second World War, In Which We Serve, directed by David Lean and Noel Coward with a heroic character based on him, and being the first Viceroy to hire a press attaché, Alan Campbell Johnson, Mountbatten would have been quite appalled at the way he has been represented in The Crown Season 3, as an insistent fellow who thinks nothing of interrupting the Queen’s horse holiday in America and asking for her support for a coup against a democratically-elected government. Or one who has to be reminded to meet his unwell sister, Princess Alice, Prince Philip’s mother.

Historian Sucheta Mahajan thinks it’s about time there was a more critical reassessment of his role in the Partition of India. She says she has serious problems with the way Mountbatten misrepresented his role in India’s independence, thanks in large part to the interviews on which Larry Collins and Dominic Lapierre based the bestselling Freedom at Midnight. One, he claimed he was the one who insisted that June 30th, 1948 was to be the date on which the British would leave India. “If you read the Transfer of Power in India 1942-47 series, released in 1976, it was clear the date was decided upon by the Cabinet,” she says. Two, he would meet all the players in India in one-on-one meetings, without the presence of another person. He would dictate details of what happened after the event, with no way of checking the veracity. Three, he had a negative relationship with Muhammad Ali Jinnah, who refused to let him become the first Governor General of Pakistan—Mountbatten never forgave him, even behaving like a petulant child who had been rejected. India invited him to be Governor General for reasons of continuity and he did many things that were useful for the new Government—including leveraging his royal connections (built in a previous visit to India in 1921 with Prince of Wales as his aide-de-camp) to convince many princes to join the new Union and persuade the British government not to insist on using Andaman & Nicobar Islands as military bases.

Jon Wilson, historian and author, says it’s good if The Crown depicts Mountbatten in an unheroic light. ‘In Britain, he was often seen as too flash; in 1945, he was seen as too left-wing by the British Conservative establishment, but still seen as a patrician aristocrat on the right. The left blames him for the violence of partition, the right for having ended the British empire in India.’ Indeed, Mahajan says by advancing the date of the Partition, Mountbatten was very much responsible for the terrible violence that followed the displacement. The Commander in Chief of the Army Claude Auchinleck had said that he needed five years for a peaceful transfer of populations but Mountbatten was having none of it. “The massacres that took place would have never happened had the government machinery been in place,” says Mahajan. Pakistan never forgave him his manipulation of the Boundary Commission that determined the borders of Punjab and Bengal.

But there is a wide-eyed view of Mountbatten that is burnished by his death in the IRA bombing which made him a martyr. Dobbie says he ‘had the capacity to come out of the Second World War in a glowing light but those who served around and under him recalled a vain man of not huge intellect’. It’s that trope The Crown picks up, when members of Wilson’s Cabinet describe him thus: ‘the symbol of a bygone era, of privilege and inequality, of empire and extravagance,’ and not to mention, ‘a pompous bloody arse’.