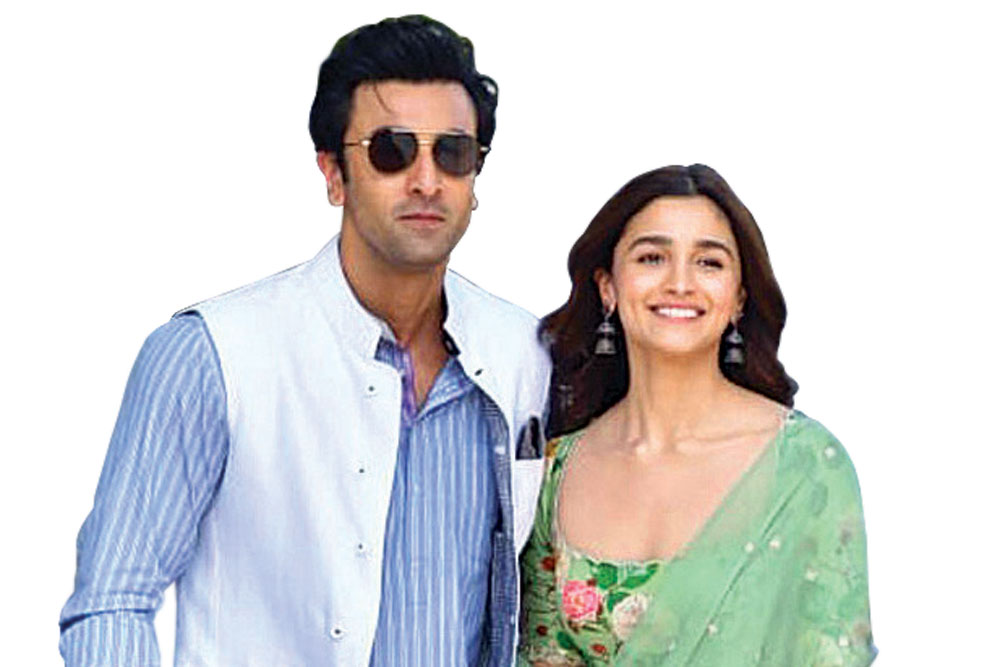 
It’s going to be a while before we can watch Ranbir Kapoor and Alia Bhatt on screen together—their ambitious project Brahmastra may be eyeing a summer 2021 release now—but the pair did team up to shoot a dance for a special video that was put together to commemorate Riddhima Kapoor Sahni’s 40th birthday earlier this week.

Riddhima, Ranbir’s elder sister, arrived in Mumbai from her Delhi home to spend time with her mother Neetu Kapoor Singh soon after her father Rishi Kapoor’s passing earlier this year. Neetu described her daughter as “my rock” in social media posts, and sportingly filmed herself dancing to ‘Aap jaisa koi meri zindagi mein aaye’ for the surprise birthday video that Riddhima’s husband Bharat shared on Instagram. The video also features other family members and friends, but it’s Ranbir and Alia’s little jig that appears to have gone viral.

By the time you’re reading this, Deepika Padukone will be neckdeep in workshops, likely itching for the cameras to start rolling on her new film with Kapoor & Sons director Shakun Batra. The actress is in Goa to (finally) shoot what the makers have described as a “domestic noir”, after production on the movie halted in March just days before the unit was meant to fly to Sri Lanka to begin shooting.

The film, which has also been described as an “infidelity drama”, stars Deepika, Gully Boy breakout Siddhant Chaturvedi, and young up-and-comer Ananya Panday. Now, according to well-placed sources, it is learnt that the makers have added a fourth actor to the principal cast. That gentleman is reportedly a relative newcomer by the name of Dhairya Karwa who had supporting roles in Uri: The Surgical Strike (2019) and the hit web series Made in Heaven.

All four actors are currently in Goa rehearsing and attending ‘chemistry workshops’ before Shakun begins shooting with them starting September 20th. In March, just after production was abruptly halted on the film due to the pandemic, Deepika had said she was “raring to go” and hoped that it wasn’t going to be too long before they could start filming. Although the makers had to move the shoot from Sri Lanka to Goa as a result of Covid-19-related travel restrictions, the film is expected to add roughly Rs 2 crore to its budget on account of the health and safety measures that the producers will need to put in place on the set.

At the Toronto Film Festival where her six-part miniseries A Suitable Boy has been selected as the closing presentation, filmmaker Mira Nair was honoured with the Jeff Skoll Award in Impact Media for her films such as Salaam Bombay! (1988), Monsoon Wedding (2001), Mississippi Masala (1991), The Namesake (2006) and Queen of Katwe (2016) that have gone a long way in making a case for representation and diversity on the screen, in addition to inspiring real change.

To introduce Mira, the festival recruited her The Namesake and A Suitable Boy star Tabu. The actress spoke (virtually) about Mira’s contribution to cinema, her unending empathy for the marginalised and her indefatigable spirit. When Mira joined (also virtually), she spoke about the mantra that inspires her. “If we don’t tell our stories, no one else will. In telling these stories, I have also discovered the power of listening, of the possibility of making bridges, the possibility of translation, of being porous,” Mira said, while accepting the award from her study in Brooklyn.

A Suitable Boy, based on Vikram Seth’s award-winning doorstopper, premiered in the UK on BBC and has been acquired by Netflix for worldwide streaming. There is some talk that it will drop during Diwali, but fans of the book who can’t wait that long have been downloading unofficial copies of the show.