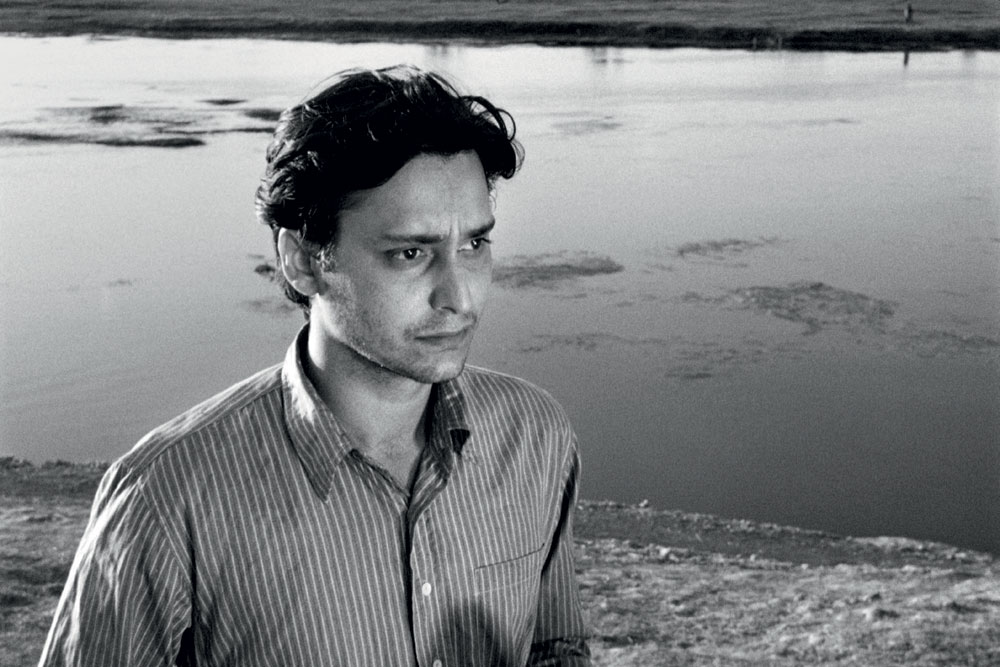 
LONG BEFORE I EVER saw a mainstream Hindi movie, I watched Indian films at the British Film Institute (BFI) and at arthouse cinemas in London. Most of the films were made by Satyajit Ray, but also the occasional Mrinal Sen, Goutam Ghose. In those days I could see films only in cinema halls, rarely on television or at special screenings. So when I heard about Ray’s ‘Apu Trilogy’ I couldn’t see it, so I read the novel, in English translation, of Pather Panchali before I watched the film. The first time I saw Apur Sansar (or was it Aparajito?), I had to wear headphones for a simultaneous, live translation, clearly not by an actor, and wondered what had happened to the subtitled print. Now the films have been restored by the BFI and I watched the trilogy again recently, which was a wonderful experience.

I had remembered many of the iconic scenes from Pather Panchali. Durga’s death, the sweet vendor, the grass and the train, but I barely remembered Aparajito (which makes me wonder if it was the film I saw with headphones.) This is where Subir Banerjee changes into Soumitra Chatterjee, the child Apu becomes the student Apu. The shift is from the rural to the urban, and the son can no longer relate to the world of his mother, nor she to his.

I remembered every scene in Apur Sansar. The shabby lodgings, the railway line, the nosy neighbours, the village, but above all, the couple Apu and Aparna, played by Soumitra and Sharmila Tagore. The flute-playing, the hairpin in the bed, the carriage ride, the letter to be savoured…and then how Apu, the father, finds how to live with his grief through their son, Kajal, who is as memorable a character as the child Apu himself. A full circle as we see the father as the son, and son as the father.

I was enchanted by Soumitra. Not just because he was good-looking but also because he was far from being a typical film hero. He played a real character, the person who could make the big moves, from village to city, but who couldn’t focus his life or be the writer he wanted to be. Gentle, but not saintly. And for the viewer, one could watch an emotion pass across his face like a cloud over the sun.

As I watched more Bengali films, it felt as though Soumitra was in most of them, as were many other actors who were the key players of a golden age of Bengali cinema. Chhabi Biswas, Robi Ghosh, Utpal Dutt, Pahari Sanyal and Supriya Choudhury, Karuna Banerjee, Aparna Sen and Sharmila Tagore. None of the men was typically handsome or came close to Soumitra. Then I saw Uttam Kumar in Nayak.

The ‘Mahanayak’ was the star of Bengali cinema, a star around whom much of popular Bengali cinema seemed to orbit. Famous as half of the star couple of Uttam and Suchitra on screen, off-screen he lived with his co-star Supriya Devi. I have enjoyed his performance in many popular films since I first saw him, where he looked wonderful and had many lovely songs. His early melodramas often show him as a sensitive middle-class Bengali man negotiating complex roles and wider social questions in his search for love and stability. But like other viewers, I find it hard to separate Arindam Mukherjee, the star of Nayak, from Uttam Kumar.

Soumitra was very different, always an actor, never a star. I mean this in the sense that he was an actor who became the character, and even looked different according to the role. I didn’t see him act in plays though know he was loved for his work in theatre and also for his writing, which included poetry. Soumitra’s off-screen life wasn’t of interest, unlike that of a star. Nor was he a celebrity despite being one of India’s most famous and admired actors. Although he supported various causes, I couldn’t tell you anything else about him or his family. I never wanted to know as he was an actor and that was more than enough for me.


Soumitra often played an educated, cultural bhadralok figure, contemporary or historical, the romantic, sometimes maudlin Bengali non-macho masculinity, a figure which appealed to women who preferred a man with an interior life

I have enjoyed Soumitra’s films of the 1950s and 1960s which were about a Bengali bhadralok world that was challenged in the 1970s by youth turning their back on this culture which offered them so little, notably in Mrinal Sen’s Calcutta Trilogy.

Soumitra worked mostly with the great filmmakers of his time, notably Satyajit Ray, the director whose work I know best and with whom he made 14 films. But he also performed wonderfully with other directors, notably Tapan Sinha. He was also the Bengali literary hero given how many of the films in which he acted were adaptations of novels by Rabindranath Tagore, Bibhutibhushan Bandyopadhyay and others. Yet, Soumitra made these roles his own.

He embodied a golden era of Bengali cinema and of wider Bengali culture. It’s almost impossible to imagine some of India’s most admired figures—Satyajit Ray, Soumitra Chatterjee, Sharmila Tagore, Ravi Shankar—all working together.

In these films, Soumitra often played an educated, cultural bhadralok figure, contemporary or historical, the romantic, sometimes maudlin Bengali non-macho masculinity, a figure which appealed to women who preferred a man with an interior life. Again, it’s easy to conflate him with his roles. Apu is a clear example. The young man who can’t really focus but wants to be a writer, who loses his wife, who doesn’t know what to do but ultimately finds himself.

Sometimes he played a more ambivalent character, notably as a seducer of unhappy wives, whether the more innocent Amal of Charulata or the more exploitative Sandip of Ghare Baire. He was convincing even as Narsingh in Abhijan, the inspiration for Scorsese’s Taxi Driver. Soumitra was also loved for his non-romantic Feluda, the Indian Sherlock Holmes, as Feluda himself acknowledges in the stories.

The day Soumitra died, I watched Barnali where he played the archetypal Bengali romantic hero. It is one of his more lovely performances where he pairs again with Sharmila Tagore four years after Apur Sansar. It’s a film where nothing much happens but offers a vision of Calcutta, Bengal and India from my youth. A world where everyone knows everyone, and though there are predatory men and social climbers, the couple fall in love in part due to their shared values and admiration for education. As Beth Watkins (Beth Loves Bollywood) put it, the film ‘feels like the story Apu and Aparna from Apur Sansar deserve to have had if only their lives hadn’t been so cruel.’ They get a chance to roam around Calcutta, even enjoying a moonlit boat ride after escaping from a wedding he didn’t want her to see, a wedding where the band plays Colonel Bogey and the Teddy Bears’ picnic.

Soumitra, who was born and who died in Calcutta, represents so much of the city and its culture for so many of us around the world. And all of us bideshinis adore the full-on Bengaliness of him being voiced by Kishore Kumar singing Tagore’s ‘Aami chini go chini tomare ogo bideshini….’ in Charulata. We won’t see their like again.