From his debut as an adult Apu, Soumitra Chatterjee taught generations of Bengalis, especially the men, how to be at home in the world 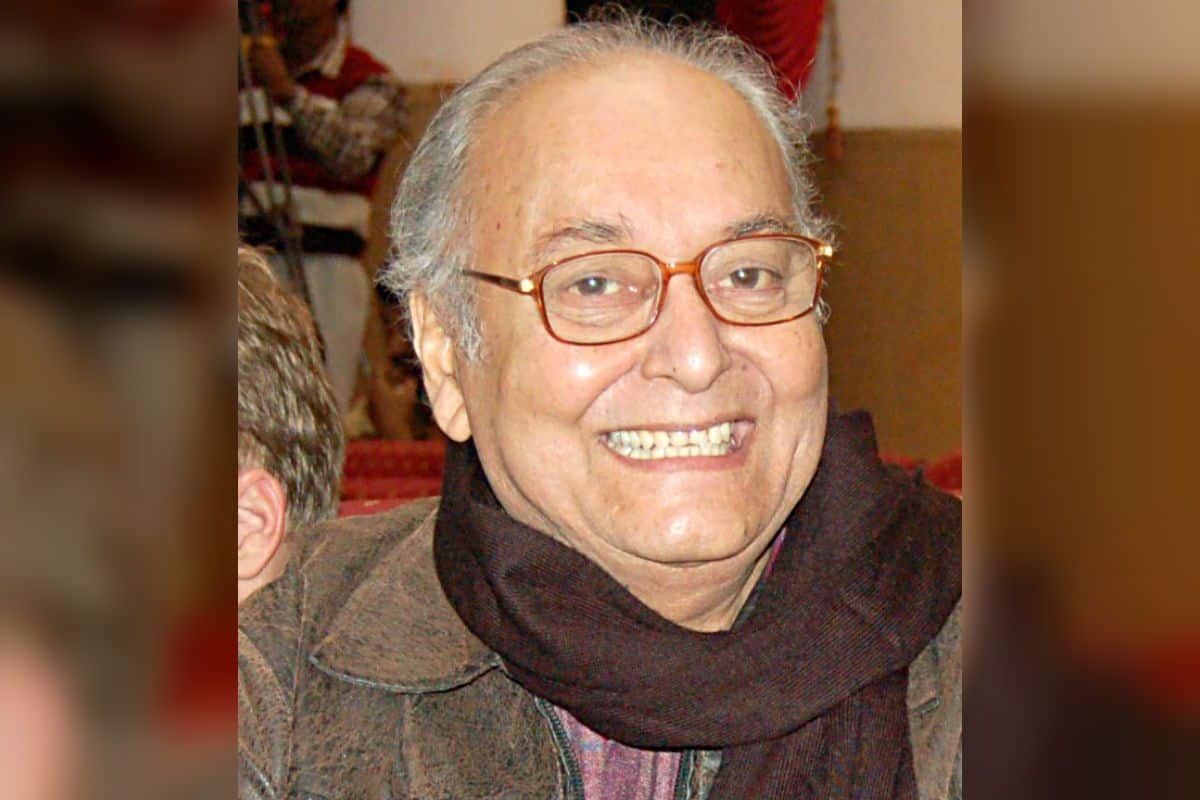 
If you were growing up in Kolkata of the 1980s, there were three legends whose names were whispered in awe. Suchitra Sen, a recluse, whose sightings were so rare that mere rumours could cause traffic jams. Satyajit Ray, who was always at work. And Soumitra Chatterjee, a figure seen often, whether picking up his daughter from dance class, or buying groceries. Yet it did not lessen his charm or his infinite variety. The young man who burst on to the screen with a quiet dignity, ushering us, and his new wife, into the city of Kolkata, remained as twinkly eyed and rakishly handsome till his passing, 61 years after his debut in Satyajit Ray’s Apur Sansar.

It is a film that is often imitated and emulated, whether it is the knot he ties with the sari pallu of his young wife, or the match she lights to his ever-present cigarette. But it is a film that embodies the journey of much of India as well, as it moved from the village to the city to the world. Much like Rabindranath Tagore’s global humanist, Soumitra Chatterjee was at home with the world. As at ease in reciting Bangla poetry as he was at acting as King Lear on stage, as at ease giving a long speech on Lord Curzon’s perfidious ways in Ghare Baire, 1984, as he was casually asking Sharmila Tagore in Aranyer Din Ratri’s (1970) memory game, “Which Kennedy?”, only to hear, “Bobby, of course”.


Bengali masculinity has had many versions. There is the muscular Hinduism advocated by Swami Vivekananda who advocated a fearless cultivation of mind and body. There is also the genteel romanticism of Tagore, embodied in the best intellectual traditions of Santiniketan. Caught between the revolutionary and the poet, the Bengali man may be forgiven for being confused, but in Soumitra Chatterjee he perhaps found the best resolution of this: a man of refined intelligence, he nevertheless could also on occasion show the common touch, less often than his famous contemporary Uttam Kumar, but no less memorably. One only has to watch him as Narsingh, the taxi driver in Abhijan (1962) to see how well he did so.

In his long and illustrious career, marked by 14 remarkable collaborations with Ray, Chatterjee showed a tremendous hunger to work on his characters, whether it was to accompany Ray to Nadia to work on his dialect for Ashani Sanket in 1973 or to change his handwriting for Charulata in 1964. In an interview he is asked how he would like to be remembered, by his more serious body of work or his popular cinema. Chatterjee says, with his usual shy smile, like a river, that goes on and on. Indeed, his interviewer in that clip, filmmaker Ramesh Sharma says: “He was an icon—could easily be in the pantheon of some of the great actors in the world. What Toshiro Mifune was to Kurosawa, Soumitra was to Satyajit Ray but because he never made Bollywood films he was not given the recognition he deserved. He was not just a cinema and theatre actor but also a poet and published and edited what was called the Little Magazine for years.”

Ask film director Onir for his favourite among Chatterjee’s roles and he gives three: Charulata, Kapurush and Aranyer Din Ratri, all of which made him a true Bhadralok artist, but for many in Bengal, he will always remain the cravat-wearing, camel-riding, super-intelligent Feluda, the detective borne of Ray’s imagination but made completely his own by his alter ego in Sonar Kella, 1974, and Joi Baba Felunath, 1979. It is a tribute to both these movies that there will always be a middle man, or woman, who may or may not be Bengali—in Jaisalmer or Varanasi hoping to retrace the footsteps of Feluda, Topshe and Jatayu.