Siddharth Chauhan’s Shimla, as portrayed in his recent film, shows all is not picture perfect up there 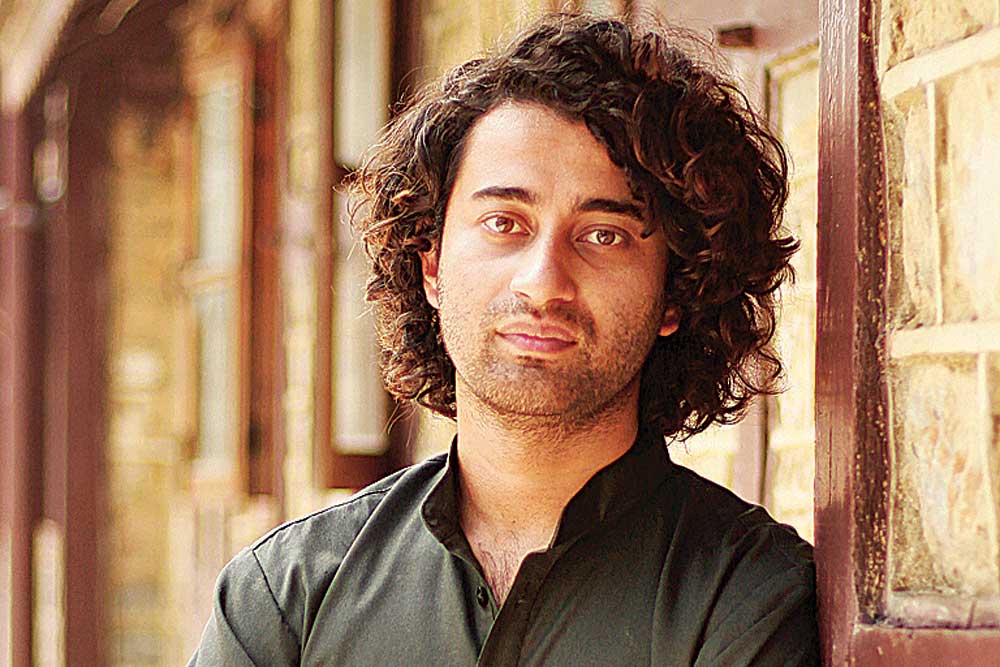 
SMALL TOWNS IN HINDI films tend to be idyllic places, where fine specimens of Mumbai-bred masculinity could go shopping for beautiful, untouched brides. Over the years, as the Mumbai film industry opened up to a handful of writers and directors from outside the stretch between Juhu and Bandra, the small town became the font of quirky characters, great ambition, and family solidity, everything the big cities were lacking in.

But of course small towns are, like most others, full of families, regular and irregular. Siddharth Chauhan, 32, is a proud citizen of one such small town, Shimla, where he was born and bred. His debut feature film, Amar Colony, is set in a magnificently ruined British Raj building inhabited by families of vary­ing vintage. His restless camera moves from the mother in a wheelchair to a heavily pregnant wife to a woman who is devoted to Hanuman. It is set in what was once Titla Hotel, a British Raj build­ing that hosted balls and garden parties, and was converted into a hotel. It is now a rundown tenement in urgent need of renovation, a slice of Shimla history that could be lost forever. The film carries some of that forlorn quality, with ghosts of occupants past.

The film will have its world pre­miere at the prestigious 26th Tallinn Black Nights Film Festival in Estonia in November. Among other films, which premiered at Tallinn Film festival are Anurag Kashyap’s Mukkabaaz, Rahi Anil Barve’s Tumbbad, Rima Das’s Village Rockstars, to name just a few. Amar Colony was the first project from Himachal Pradesh to make it to NFDC Film Bazaar’s Co-Production Market in 2018.


Almost everyone is trapped, not merely by the bricks and walls of Amar Colony, but also metaphorically. Devki (played by NRI short filmmaker Sangeeta Agrawal) is paralysed and con­fined to life in a wheelchair, a pregnant Meera (Nimisha Nair) is suffocated by an absent husband, and Dunga (Usha Chauhan) has buried herself in religion to escape the death of her son and the strange behaviour of her husband who sells undergarments to women for a liv­ing. Everyone knows everything about everyone, and yet pretends they don’t.

What is it about a small town that paints a vivid canvas? Ravinder Singh, a writer of love stories, who grew up in Burla, a town in Odisha overlooking the Hirakud Dam, believes the imagination becomes as limitless as the surroundings are restrictive. Chauhan, who lived just for a year in Mumbai where he worked as an assistant director in a production house, agrees.

Shimla’s long, cold nights seem to breed a particular angst, which com­bines social curiosity with emotional alienation and intellectual dissonance. The anomie is deep. It is in Mohit, who seems to be waiting for his mother to die so he can be freed of the household drudgery. It is in Meera, who imagines the rag picker to be her Krishna and she his Radha. And it is in Aakarshan, Meera’s husband, who yearns to be elsewhere, and who doesn’t even present himself in the film until much later.

No one is really happy, and yet eve­ryone is encased in an invisible bubble where motion is impossible. There is also the possibility that the entire film is a dream, Could it be that the story is like the bird in the cage that Devki thinks is Mohit’s father. Papa, she calls him and suspects he is up to no good but is never in time to catch him in action, so to speak. Aakarshan is lost, the Hanu­man bhakt’s wife is full of rage, even as her husband is notorious as the town pervert. In a remarkable scene in how pa­triarchy colonises the mind of the young, we see three generations of men mastur­bating covertly. There is some criticism from certain quarters that Chauhan reduces everything to sexuality, but that obsession is a reality for many.

Chauhan’s earliest and most distinct memory of movies is the crowd scene that Sanjay Leela Bhansali was shooting in Shimla for his 2005 film Black. He was 13. He was fasci­nated by the entire process. Growing up in the 1990s, when Shimla was quite a favourite with Bollywood filmmakers, was enough impetus to dream about films. While other boys played with action figures, he played with cameras and toy cranes. That is how he made his first short film, in Class 12, with a borrowed handycam, and has never looked back, despite remaining rooted in Shimla. Since then, all the work he has done in short films, tries to shatter cliches—whether it is his first short film Boys Don’t Wear Nailpolish! (2015) or Pashi in 2017 about the betrayal of a young boy.

The cast of Amar Colony is a mix of trained, but so far unknown, actors and debut actors. Usha Chauhan, 63, retired as a government school principal three years ago. An avid reader of newspapers, she once read about Chauhan’s film, and corralled him on the street asking if she could act in it. He asked her to audition and voila, she was cast as the mace-wielding Dunga, a role she excels in.

Nimisha Nair, who graduated from FTII in Pune in 2019, plays Meera with great passion. Soon to be seen in a Netflix show, Trial by Fire, about the Uphaar cin­ema fire in 1997, where she is a lawyer, she says the role in Amar Colony helped her discover her sexuality in a safe space without the taboos normally associated with sex. “The crew had so many women as well, from the award-winning director of photography Modhura Palit to the first Assistant Director, that I never felt uncomfortable on the set,” she says. Sreejith Vijay, a Malayalam actor and former RJ, plays her husband. 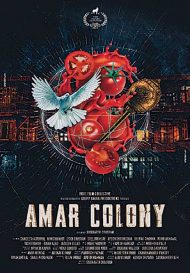 The film itself is an offshoot of a short film Chauhan made in 2015 called Papa, which fea­tured one of the stories of Devki and her son, which he developed over the years into Amar Colony. Made for ₹1 crore, the struggle now is to bring Amar Colony to audiences. He has no intention of moving out of Shimla. “I feel incapable of imagining anything anywhere else,” he says. “And I firmly believe the more lo­cal your story, the more global it is. Amar Colony is a film that is true to its culture and atmosphere, however strange it may seem.”

Its strangeness is what makes it so unusual and so watchable.