The movie fails to entertain, just like the previous ones on the same theme 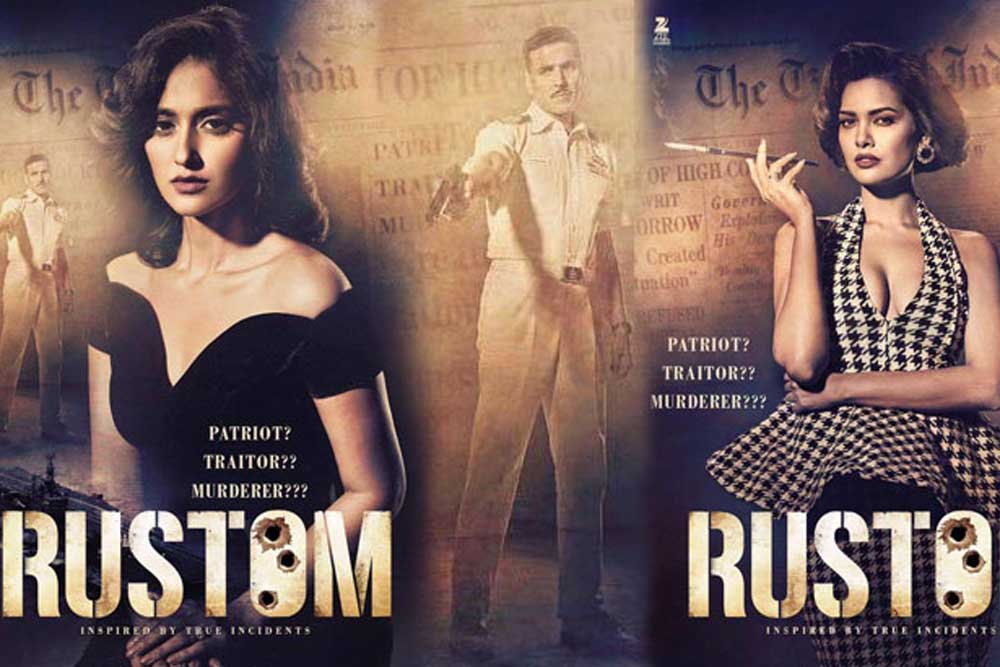 In Rustom a film based on this incident, it is indeed true, as the opening credits say, that any resemblance to anyone living or dead is purely coincidental. Akshay Kumar, who plays the Naval Commander, is in a starched white Navy uniform in every scene save the flashbacks, and walks around stiff as a rod, spouting reams of dialogue about honour and dignity and pride. Ileana D’Cruz, who acts as the wife, is presented as virtually asexual and looks as demure as a shy bride, far from what the tabloids then described as the hot blooded Englishwoman swept off her feet. Arjan Bajwa, as the lover, plays a character of indeterminate sexual orientation who actually seems more attracted to the naval officer than to his wife.

Here is a handsome Parsi, a serving officer of the Indian Armed Forces, whose best buddy is a sleazy Sindhi businessman. They and their families have lavishly furnished homes with servants, they drive the best cars and their watering hole is the exclusive Wellington Club in South Bombay. Yes, it is legitimate to expect sex and violence from the film.

But Rustom has the audacity, the sheer brazenness, to switch tracks midway and attempt to elicit nationalism from the privilege and licentiousness of the ruling classes of this time. However, fashionable the current appeal to patriotic fervour seems to be in Hindi cinema, a wealthy Parsi elite battling to save their own in the Bombay of the early 1960s is not indicative of national pride by any stretch of imagination. This is what the film, with its tiresome period look, itself a cliche by now, does not seem to realize. In fact, at this time, a huge and long ignored underclass in India had already arrived at the courts that tried Nanavati. They were soon to ask for judgments on matters more fundamental to the state of the nation than a fashionable threesome that was suddenly and dramatically reduced to a winsome twosome.

This is a movie with little action barring three shots to the heart of a lover. It fails to entertain, just like previous movies on the same case. Perhaps one could call it the Nanavati jinx.