In short, this is a film that would be disappointing to the faithful, and by recent count that could well be half the nation 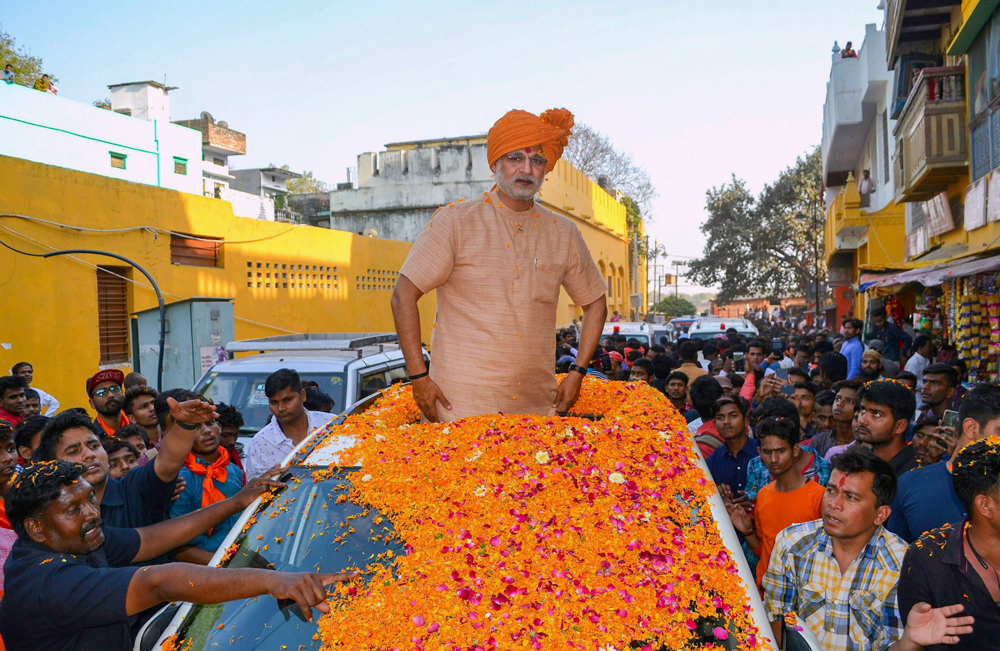 This movie is a 136 minute WhatsApp Forward on the life, beliefs and values of our Prime Minister. The liberties it takes with dates and events, never mind the interpretation of that data, is astounding. According to the film, the most dangerous political opponent of Mrs. Indira Gandhi, just before she declared the Emergency way back in 1975, was Narendra Modi.

In the most outrageous scene of the film, Mrs Gandhi is depicted like the Red Queen in ‘Alice in Wonderful’, imperious and whimsical, playing with a rose, before she declares to her aides that Modi should be thrown in jail and an Emergency declared. Propaganda is one thing, but distortion of history is another. By comparison, the biopic, ’Thackeray’, on the life of Balasaheb Thackeray – a filmed political manifesto for the Shiv Sena – did not distort the picture of Indira Gandhi, and turn a former PM into a ridiculous cartoon. On the contrary, that film, while undoubtedly propaganda, respected data – information on dates, people and events.

Here, in ‘PM Narendra Modi’, all that goes for a toss. According to the film, had Sardar Patel been our first PM instead of Nehru we would not just have avoided the horrors of partition and the imbroglio in Kashmir, but also the loss to China in the war of 1962, a full 12 years after Patel had passed away. This is the kind of stuff we read from mass forwards on our phones.

There is a conundrum here. The film is intent on mythologising the political career of the PM (played by Vivek Oberoi), while, as a matter of fact, mythology plays not a single part in his strategy on the ground. Modi’s strength is an acumen and skill in understanding realpolitik, and the ability of seizing and occupying spaces in the state of Gujarat and the Republic, which other lesser politicians are not able to see, let alone occupy or control. But this film is intent on turning his life and work into a fable, and that too before he has completed his political narrative.

If intended as political eulogy, the movie should have highlighted, even exaggerated, these strengths of the PM. By blatantly distorting information on history – Gujarat in 2002, his relationships within the BJP hierarchy, the countless foiled assassination attempts on him by dastardly Pakistanis – the film has diminished the real attributes of a serving PM.

A film like this serves no one – not even Modi’s most ardent followers – because of the fairy tale like approach it takes towards the PM and his life. In such a short period, how did a politician rise from an office bearer in the RSS to the post of Prime Minister? That would be an interesting script, if told from the perspective of the detailed political navigation involved, and from a realistic description of the dramatic personae in the scenarios. It is a meteoric ascension, and needs a film that explains it.

Instead, here we have a version of the ‘Lion King’, which, whilst not animated, describes the qualities of Modi in a manner ascribed to a great leader in the mould of one from ancient times, whose rise was foretold by the seers, and whose moment in history has come.

Vivek Oberoi does not look the part, nor does he inhabit much of the PM’s attritional persona. Instead, he plays the saint, something even a fan of the PM would be sceptical of.

In short, this is a film that would be disappointing to the faithful, and by recent count that could well be half the nation.