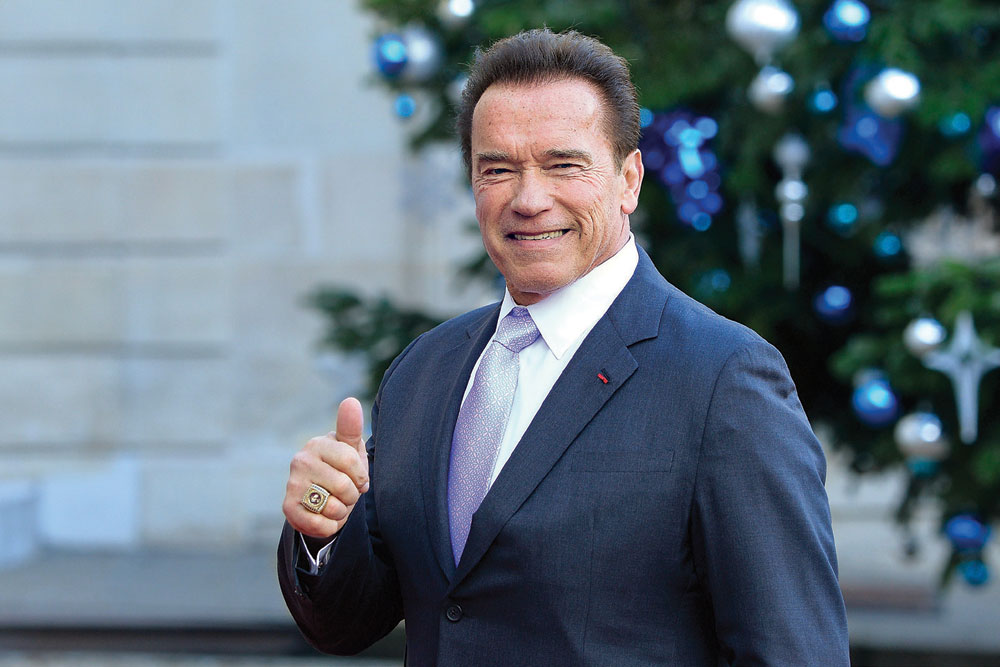 
IN THE LATEST edition of the Terminator films, Arnold Schwarzenegger reunites with Linda Hamilton. At the 20th Century Fox studios in Los Angeles, he tells Open why Terminator: Dark Fate is going to surprise fans.

What is new about this new Terminator?

I think the audience will be very surprised because this film has more emotions than action or visual effects. I knew the story, but when I watched it on the screen for the first time I had tears in my eyes, and I said to myself, ‘Wait a minute, this is the weirdest thing.’ There’s so much confrontation and so much hatred and trying to destroy each other and machines and human beings. There’s all these crazy challenges. There’s a whole new timeline after 1997. I think people will be very surprised, just like they were with Terminator 2; and the visual effects are going to be very uncomfortable: they are virtually a feast. And when it comes to the action, I think they learnt from past experiences and toned down the violence. It’s not senseless. It has a purpose and this helps unfold the story.

We see an older Arnold on the screen. What do you think about ageing?

Old age sucks. Maybe I feel like that more than anyone else because I was Mr Universe, Mr Olympia and at any given time could bench-press 500 pounds or do squats with 500 pounds and lift 700, and then all of a sudden you see your body no longer in shape even though you may be in better shape than anyone else at 71. It affects me much more because I know I was once at the pinnacle, so I train every day to hold on to what I have. But you know, and it has been medically proven, there’s a loss of testosterone in the male body: it produces less muscle and therefore it takes great effort to produce muscle. You get injuries easily. Then all of a sudden everyone has their little health problems. My vulnerability has always been my heart, so I have to watch that very carefully. I enjoy bicycling down to Gold’s Gym every morning and working out. And then when you get a movie like this you go and talk to the director about the stunts and action sequences and what he expects of you and then all of a sudden the pressure is on. You have to perform, so now you work out extra hard; you work with the stunt guys and do cardiovascular training, weapons training; the Terminator never blinks when he shoots or when he hears a noise bang. Therefore, you practice with weapons as much as possible. But I still look in the mirror and say, ‘What happened? Where is the man I once was?’

You have achieved great success in everything you have tried. To what do you owe your success?

I think everything I have accomplished is because of my will. And the power of visualisation. I can see goals very clearly and then go after them relentlessly. I feel great joy because I can see my goals very clearly: it’s an ability that not every one has. I was never naturally the best bodybuilder. I forced my way into being the best by training more than anyone else and being hungrier than anyone else and studying the subject thoroughly so I could use supplements to the utmost advantage and posing routines and presentations and communications with the audience and judges. How to perfect my body was the will to succeed. And the same was with my acting. I got into it because one of my heroes was Reg Park. He was doing Hercules movies and I wanted to do the same. It was just pure will that got me into it. I said to myself I’m going to make the same effort as I made to become Mr Olympia; I’ll take speech and English and acting lessons because I have an Austrian accent, I took accent removal lessons. I think I should get my money back on that one (laughs).